Question 20:Venus Ltd. had 9,000, 9% Debentures of ₹ 100 each due for redemption . These debentures are to be redeemed in 3 equal installments (starting from 31st March,2015) at a premium of 10%. The company had a balance of ₹ 25,000 in the Debentures Redemption Reserve .Pass necessary entries for redemption of debentures assuming that company transfer the balance of DRR to General Reserve after redeeming all the debentures. ANSWER: 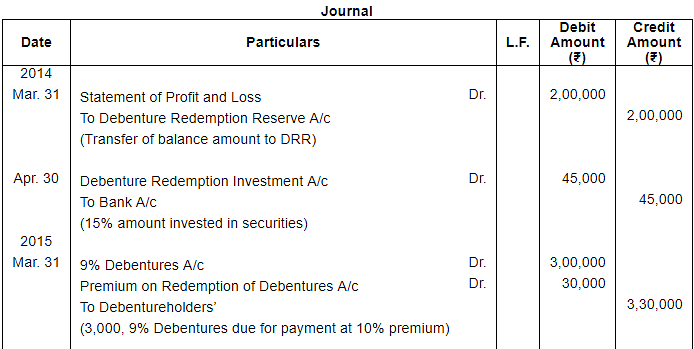 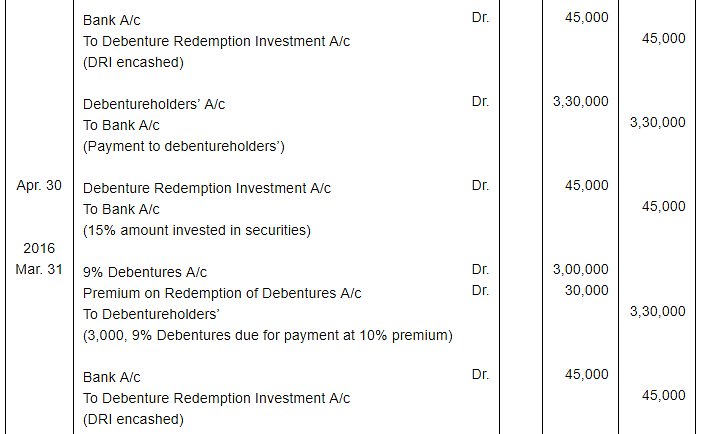 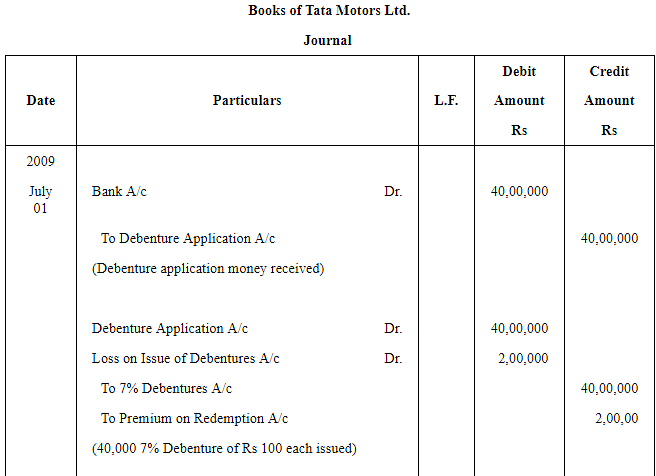 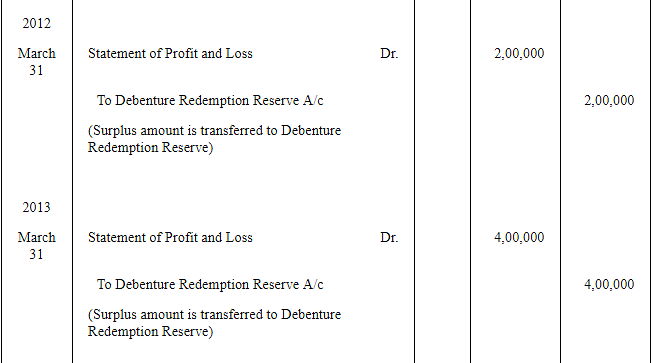 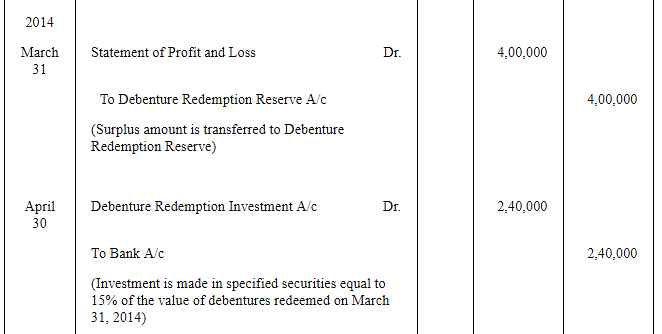 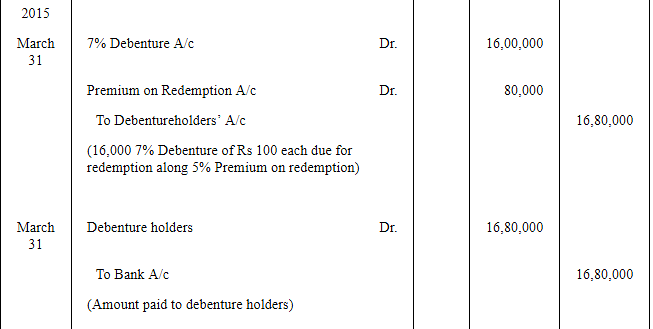 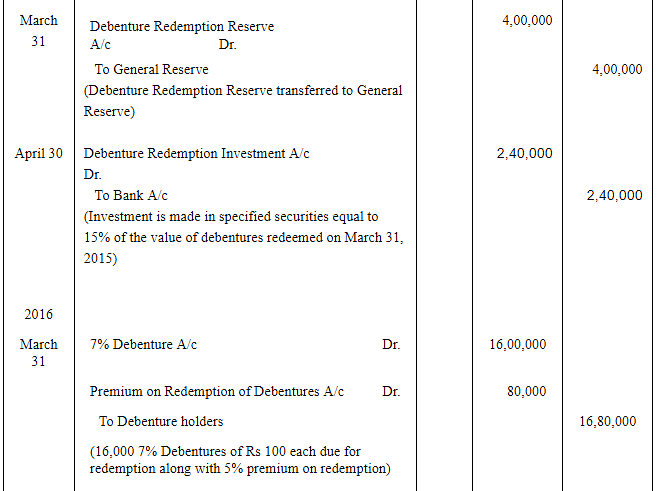 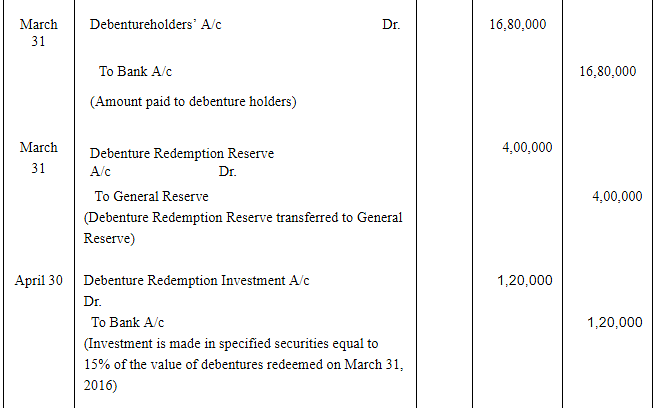 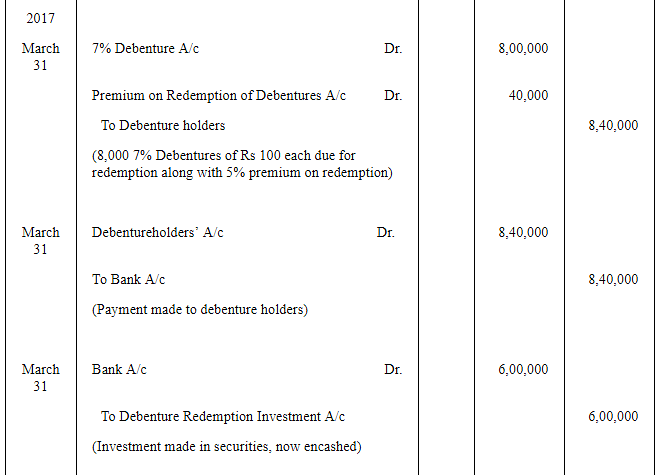 Page No 10.32:Question 22:'Ananya Ltd.' had an authorised capital of ₹ 10,00,00,000 divided into 10,00,000 equity shares of ₹ 100 each. The company had already issued 2,00,000 shares. The dividend paid per share for the year ended 31st March,2007 was ₹ 30 . The management decided to export its products to African countries . To meet the requirements of additional funds, the finance manager put up the following three alternate proposals before the Board of Directors:(a) Issue 47,500 equity shares at a premium of ₹ 100 per share .(b) Obtain a long-term loan from bank which was available at 12% per annum.(c) Issue 9% Debentures at a discount of 5%.After evaluating these alternatives , the company decided to issue 1,00,000,9% Debentures on 1st April,2008. The face value of each debentures  was ₹ 100 . These debentures were redeemable in four installments starting from the end of third year, which were as follows:

Prepare 9% Debenture Account form 1st April, 2008 till all the debentures were redeemed.ANSWER: 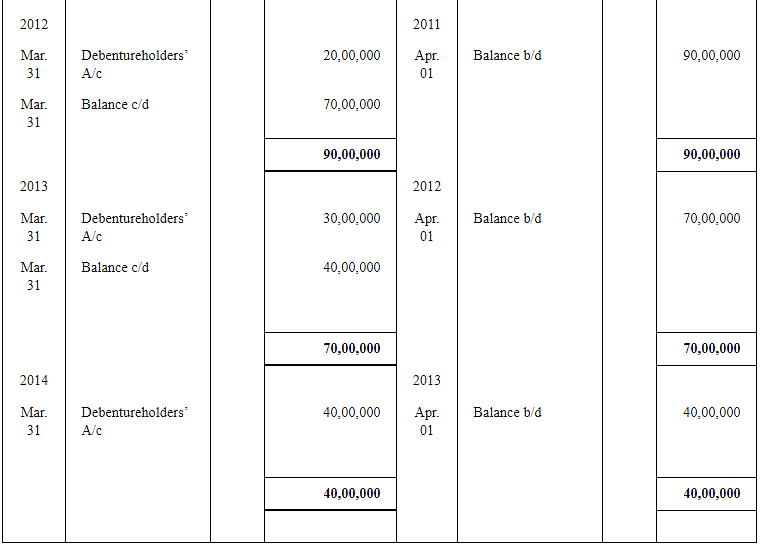