The document Religion, Sculpture, Seals & Tools of the people at IVC Notes | EduRev is a part of UPSC category.
All you need of UPSC at this link: UPSC

The idea of the religious practices of the people during IVC is given by the sculptures of that time. From the seals we interpret the knowledge of metrology and trade linkages of IVC with its contemporary civilizations. The presence of script shows that the IVC had attained technological advancements and significant data was generated which was required to be written in script and recorded. The tools tells us not only the metals that were discovered at that time but also whether wars were common or not. Let us now study each of these aspects in detail.

The discovery of statues, figurines of men and women in terracotta, stone and metal indicate that people of the area were great artists and sculptors. 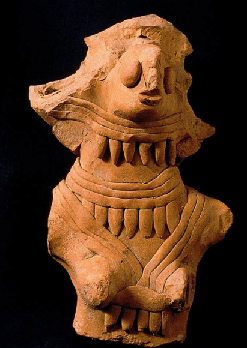 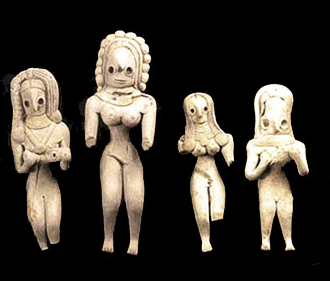 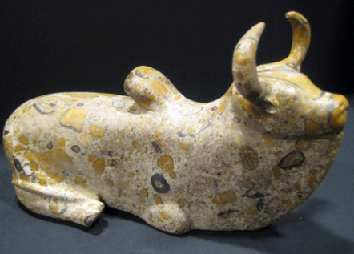 Stone figure of a bull, Mohenjodaro 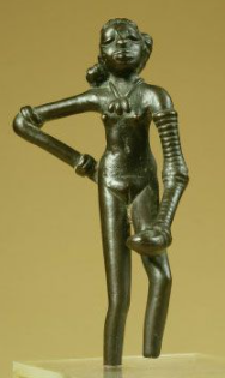 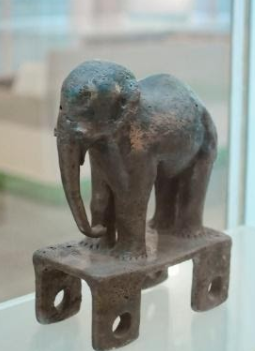 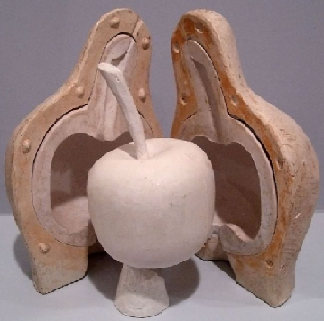 Lost wax process
Question 1:Consider the following statements about IVC:
I. The most common type of sculptures was made out of terracotta.
II. IVC people used the pinching method to make stone sculptures.
III. The bronze statue of a dancing girl was discovered from Kalibhangan.
Choose the correct answer:
Explanation

Terracotta sculptures were the rarest form of sculptures. They were made using the pinching method. The bronze statue of the dancing girl was found from Mohen-jo-daro. 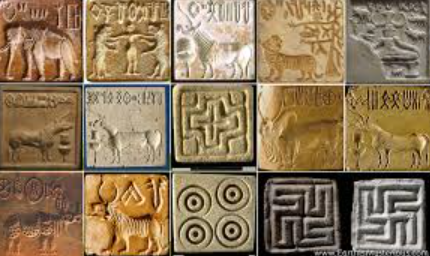 It depicts a figure seated cross-legged in a yogic posture with a horned headdress. 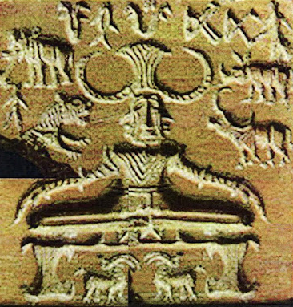 The figure is surrounded by an elephant & a tiger are there on the right side of the figure while a rhinoceros and buffalo are seen on the left side, two antelopes/deer are shown below the seat of the figure. It is believed to be a representation of Proto Shiva.

It depicts a mythological animal called a unicorn, which is a horse with a single horn on its forehead. It is the most frequently depicted animal in IVC seals. 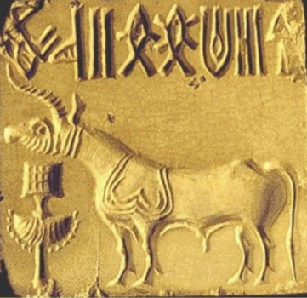 It shows a vigorous humped bull. 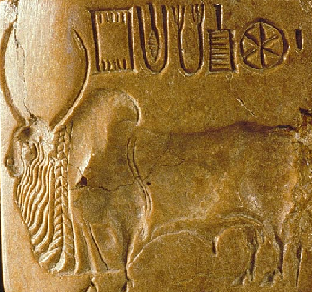 Question 2:Which of the following motifs was the most common in the IVC seals?
Explanation

Unicorns were the most commonly found animal motif in IVC seals.

The male deity is represented on a seal from Mohenjodaro in the sitting posture of a Yogi. The god is surrounded by an elephant, a tiger, a rhinoceros, and a buffalo below his throne. At his feet appear two deer, and the depicted god is identified as Pashupati Mahadeva. The IVC people were expert in the art of pottery and were very fond of it. 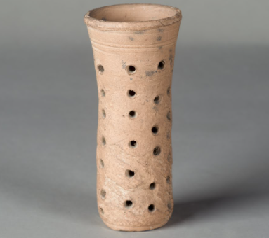 Perforated jars
Question 4:Consider the following statements regarding mature Harappan pottery:
I. Mature Harappan pottery represents a blend of the ceramic tradition of the pre-Harappan culture of both West of the Indus region as well as of the Saraswati area.
II. The pottery technology was quite advanced and most of the pots were wheel-made.
III. Pots were beautifully painted in black on the bright red surface with geometric designs, plants, animals, and a few paintings seem to depict scenes from stories.

Which of the following statement(s) is/are correct?

Read the section on pottery thoroughly. 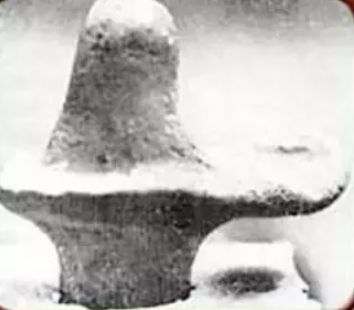 A Combination of linga and yoni, Kalibhangan 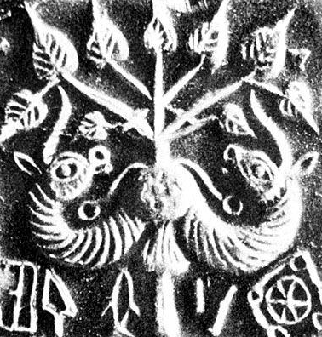 Peepal tree
Question 5:Which of the following deity was not worshipped in Indus valley civilization?
Explanation

There has been no evidence to show the worship of Vishnu in the IVC era. Vishnu first appeared in the Vedic Age. 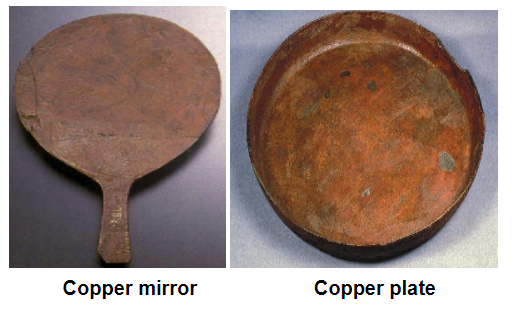 Question 6:Which of the following characterizes/ characterize the people of Indus Civilization?
(1) They possessed great palaces and temples.
(2) They worshipped both male and female deities.
(3) They employed horse-drawn chariots in warfare.
Select the correct statement/ statements using the codes given below.
Explanation

There is no evidence of the IVC people using horses for any purpose. Further, they did not use weapons of war nor engage in any wars

Question 7:Consider the following statements regarding the tools and vessels used by Harappan people:

Which of the following statement(s) is/are correct?

Statement 1 is correct: Weapons were constructed from bronze and were largely of crude design. These were mostly arrowheads, bows, maces, axes, spears and knives, which were probably used for hunting.

Statement 2 is correct: Household items such as combs, mirrors, copper and bronze vessels, etc were also found across the basin.

Statement 3 is correct: They made small plates and weights of lead, and gold and silver jewellery of considerable sophistication. 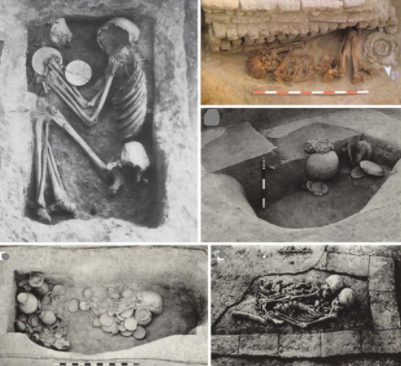 A burial with pots and other vessels
Question 8:Consider the following statement regarding the burial methods prominent among the Harappans: 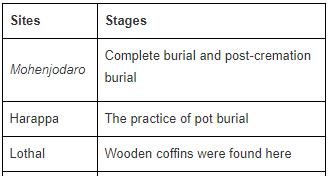 Question 9:One of the Indus sites has the uniqueness of having double burials i.e. the practice of burying a male and a female together in a single grave.Pick it out from among the following?
Explanation

Check the photograph of the pot burial at Lothal above.