Replacing distributed loads by a resultant load and resultant couple applied at a given point O : 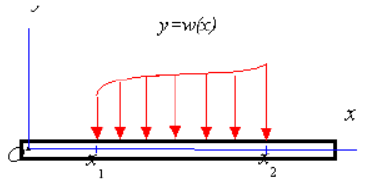