This theme tells the story of what European settlers did to the native peoples of Australia and America. The natives and the Europeans represented competing, notions of Civilization.

The native Peoples1. Might have came from Asia through a land bridge across the Bering straits, 30000 years before.2. Lived ingroups along river valley3. Goods were obtained not by buying, but by gifts4. Numerous language but not written down5. Friendly and welcoming to Europeans6. Natives addicted of Alcohol and tobacco and so European dictated the terms of trade

The Gold Rush and the growth of Industries

1. Traces of gold led to'Gold Rush'in 1840's in California.2. Led to building of railway lines across the continent.3. Industries developed to manufacture Railway equipment.4. To make large scale Farming possible machinery Produced5. Employment generation led to growth of towns and factories.6. Within 30 years in 1890 USA was the leading industrial power. 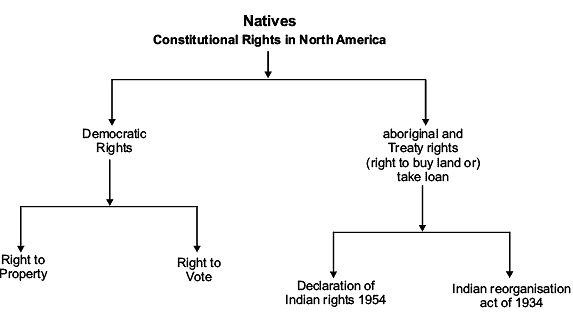 1. Early settlers were convicts deported from England on Condition not to return again.2. Ejected natives from land and took over for cultivation without remorse.3. Natives were Employed in farms, Later Chinese immigrants provided cheap labour4. Australia's non-white policy.5. 'The great Australian Silence' - the silence of historians about the aborigins.6. Multi culturalism, an offcial in Australia from 1974, an equal respecttoall culture.7. WhiteAustralia policy ends in 1974 and Asian immigrants allowed8. 'Terra nullins' legally invalid and recognise native claims to land from be fare 1770.9. 'ANational sorry day' as apologyforthe children lostfromthe 1820'stothe 1970's