Ques 2. In China, elections are held after every five years. Inspite of this, China does not have a democratic government. Why?Ans. In China, elections are regularly held after every five years for electing the country's Parliament. The Parliament has the power to appoint the President of the country. It has nearly 3,000 members elected from all over China. Some members are elected by the Army. Before contesting elections, a candidate needs the approval of the Chinese Communist Party. The government is always formed by the Communist Party. 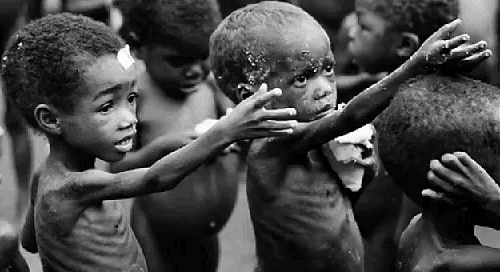 Fig. Children affected in famineIn China’s famine of 1958-61, nearly three crore people died. In those days India’s economic condition was not much better than China. Yet India did not have a famine of the kind China had. The reason was the difference in the economic policies of the two countries. Democratic government in India responded to the food shortage in a way that Chinese government did not. If China too had had multi-party elections, an opposition party and a press free to criticise the government, so many people would not have died in the famine.

Ques 5. ‘Democracy is based on consultation and discussion.’ Explain.Ans. Consultation and discussion help democracy prosper. A democratic decision always involves many persons, discussions and meetings. When a number of people put their heads together, they are able to point out possible mistakes in any decision. This reduces the chances of rash or irresponsible decisions. Thus democracy improves the quality of decision-making.

Ques 6. Why is it not possible for the people to rule directly but through elected representatives?Ans. The people cannot rule directly but only through their elected representatives because, firstly, modern democracies involve such a large number of people that it is physically impossible for them to sit together and take a collective decision. Secondly, even if they could, the citizens do not have the time, the desire or the skill to take part in all the decisions.

Ques 7. Is it possible for any country to become a perfect democracy? Give reasons.Ans. No country is a perfect democracy as every democracy has to realize the ideals of democratic decision-making. This cannot be achieved once and for all. This requires a constant effort to save and strengthen democratic forms of decision-making. What we do as citizens can make a difference to making our country more or less democratic.

(i) It improves the quality of decision-making(ii) It enhances the dignity of citizens.(iii)It allows us to correct its own mistakes.

Ques 10. What is the role of citizen in promoting democracy?Ans. Every citizen should be able to play equal role in decision-making. For this a citizen not only needs an equal right to vote but also needs to have equal information, basic education, equal resources.

Ques 12. Is China a democratic country or not? Give two arguments in favor of your answer.Ans. China is not a democratic country.(i) Only those who are members of the Chinese Communist Party or eight smaller parties allied to it are allowed to contest elections;(ii) Before contesting elections a candidate needs the approval of the Chinese Communist Party.

Ques 13. Explain any three features of democracy.Ans. According to a Democracy—(i) Rulers elected by the people take all the major decisions.(ii) Elections offer a choice and fair opportunity to the people to change the current rulers.(ii) This choice and opportunity is available to all the people on an equal basis.

Ques 14. Why is Zimbabwe not considered a democratic country?Ans. It is ruled by ZANU-PF, the party that led the freedom struggle. Its leader, Robert Mugabe has been ruling the country since independence. Elections are held regularly but always won by the ZANU-PF. President Mugabe uses unfair means in the elections. He has changed the constitution several times to increase the power of the president. Radio and TV are controlled by the government.

Ques 15. How does democracy in a country enhance the diginity of an individual? State three points.Ans. 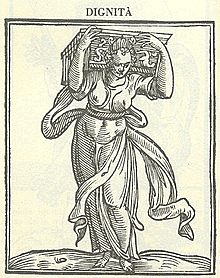 Fig. Statue of dignity(i) Democracy is based on the principal of political equality on recognising that the poorest and the least educated has the same status as the rich and the educated.(ii) People are not subjects of a ruler they are the rulers themselves.(iii) Even when they make mistakes, they are responsible for their conduct.

Ques 16. ‘‘Elections in China do not represent people verdict.’’ Explain.Ans. In China the elections do not offer the people any serious choice. They have to choose the ruling party and the candidates approved by it. Can it be called a choice? There is only are political party and people have to vote for its candidates.

Ques 17. ‘‘Democracy allows people to correct their own mistakes’’. Support the given statement with three points.Ans. The advantage in a democracy is that mistakes made by a government cannot be hidden for long. There is a space for public discussion on these mistakes and there is room for correction. Either the rulers have to change their decisions or they can be changed.