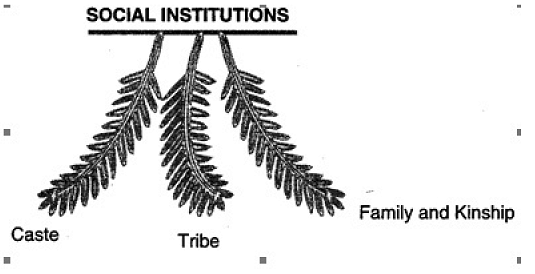 I. Caste The term is derived from the Portuguese word 'casta' which means pure breed. In other words it also means a group/community of people. The word refers to a broad institutional arrangement that in Indian languages (beginning with the ancient Sanskrit) is referred to by two distinct terms, varna and jati.

Varna, literally ‘colour’, is the name given to a four-fold division of society into brahmana, kshatriya, vaishya and shudra, though this excludes a significant section of the population composed of the ‘outcastes’, foreigners, slaves, conquered peoples and others, sometimes referred to as the panchamas or fifth category.Jati is a generic term referring to species or kinds of anything, ranging from inanimate objects to plants, animals and human beings. Jati is the word most commonly used to refer to the institution of caste in Indian languages, though it is interesting to note that, increasingly, Indian language speakers are beginning to use the English word ‘caste’.

Features 1. Ascribed status: determined by birth, you are born into your status, no choice, permanent.2. Hierarchical of rank and status 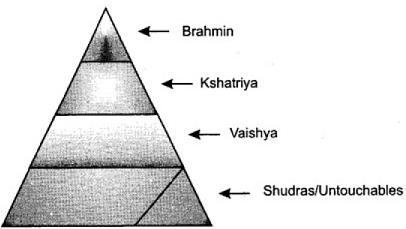