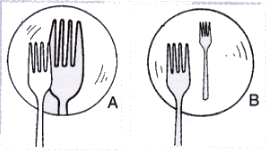 Question 38: The diagram shows a dish antenna which is used to receive television signals from a satellite. The antenna (signal detector) is fixed in front of the curved dish.
(a) What is the purpose of the dish?
(b) Should it be concave or convex?
(c) Where should the antenna be positioned to receive the strongest possible signals?
(d) Explain what change you would expect in the signals if a larger dish was used. Solution : (a) The purpose of the dish is to collect a large amount of TV signals from the satellite.
(b) Concave.
(c) At the focus of the dish.
(d) Stronger signals will be received.

Solution : (c) Mirror A is concave and mirror B is concave