The force of resistance per unit area, offered by a body against deformation is known as stress.

StressIt is denoted by a symbol ‘σ’. And mathematically expressed asσ = P/aAs particular stress generally holds true only at a point, therefore it is defined mathematically as

1. Normal StressesIf the force applied are perpendicular or normal to areas concerned, then these are termed as normal stresses.The normal stresses are generally denoted by a Greek letter (σ). 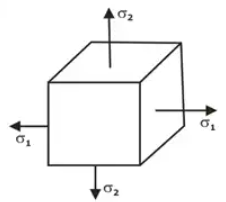 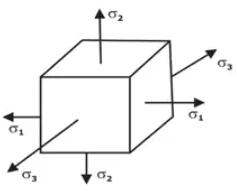 Shear stressIt is generally denoted by ‘τ’ and expressed as

τ = shear resistance/Shear area = Ps/AThe complementary shear stresses are equal in magnitude.The same form of relationship can be obtained for the other two pair of shear stress components to arrive at the relations, 2. Lateral strainThe strain at right angles to the direction of applied load is known as lateral strain. Let a rectangular bar of length L, breadth b and depth d is subjected to an axial tensile load P. The length of the bar with increase while the breadth and depth will decrease.δL = Increase in length,δb = Decrease in breadth, andδd = Decrease in depth.

Change in initial right angle between two-line elements which are parallel to x and y-axis respectively. It is customary to base all the stress calculations on the original cross-sectional area of the specimen, and since the latter is not constant, the stresses so calculated are known as Nominal stresses. 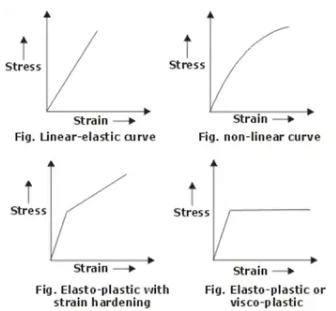 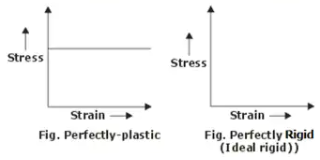 Elongation of Bar Under Different Conditions It stated that"the resultant strain in bar will be equal to the algebraic sum of the strains caused by the individual forces acting along the length of the member.Thus, if a member of uniform section is subjected to a number of forces, the resulting deformation (ΔL) is given by