IntroductionSurface irrigation is the oldest and widely used method of water application to agricultural land. The term 'surface irrigation' refers to a broad class of irrigation methods in which water is distributed over the field by overland flow. A flow is introduced at upper edge of the field which covers the field gradually. The water front advance is dependent largely on the differences between the inflow onto the field and the accumulating infiltration into the soil. In addition, other factors such as field slope, surface roughness, and the geometry or shape of the flow cross-section also influence advance rate. In this chapter the components and hydraulics of irrigation will be discussed.29.1.1 Physical Systems

The primary purpose of the physical system is to supply water to an area for crop production and it consists of four subsystems as shown in Fig 1 and Fig 2.These are:

(i) Water Supply Subsystem: The sources of water for supply to the water supply subsystem include both surface and subsurface water resources. The water supply sub-system constitute mainly reservoirs, river diversions, ponds, tanks, open wells and pumping of groundwater.(ii) Water Delivery Subsystem: The function of water delivery sub-system is to convey good qualitywater in adequate quantities from the source to the fields through main canal, distributaries, minors and field channels. The flow in the delivery system is regulated using a number of structures (gate, turnouts, values etc.).  Water delivery system is designed to reduce seepage and erosion. 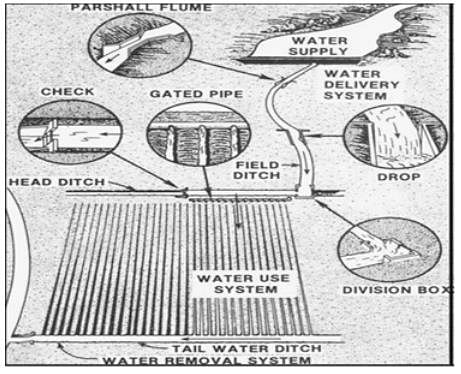 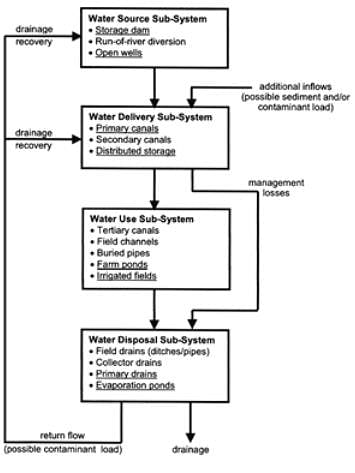 Fig.29.2.Flowchart showing the different subsystems and their interconnection.

(iii) Water Application Subsystem: The output from water delivery sub-system is the input for water application sub-system. Water application system deals with on farm irrigation. Water available at field is applied using either surface or pressurised irrigation methods.  The main function of this system is to distribute the desired amount of water to field to provide favourable environment for crop production while ensuring minimum environmental damage.(iv) Water Removal Subsystem: This sub-system is used for removal and disposal of surface and sub- surface waters from the fields to facilitate agricultural operations and crop growth.The functions of this subsystem are as follows:

29.2 Surface Irrigation Process (Hydraulic Phases)In surface irrigation, water is applied directly to the soil surface from a channel located at the upper reach of the field. Gravity provides the major driving force to spread water over the irrigated field. Once distributed over the surface of the field and after it has entered the soil, water is often redistributed by forces other than gravity. Generally, in a surface irrigation event four distinct hydraulic phases can be discerned, as illustrated graphically in Fig. 29.3:(i) Advance Phase: The time interval between the start of irrigation and arrival of theadvancing (wetting) front at the lower end of the field is known as advance phase. Rate of advance depends on the factors like inflow, field slope, soil intake rate and surface roughness.(ii) Ponding (Wetting Storage Or Continuing) Phase: The period of time between the end of the advance phase and the cutoff of inflow is known as ponding phase or wetting phase. The term “wetting phase” is usually usedfor furrow and border where tail water runoff can occur, whereas “ponding” is thepreferred term for basin irrigation (no tail water runoff). The wetting or ponding phase will not be present if the inflow is terminated before the advance phase is completed, a typical situation in borders and basins, but a rarity in furrows. 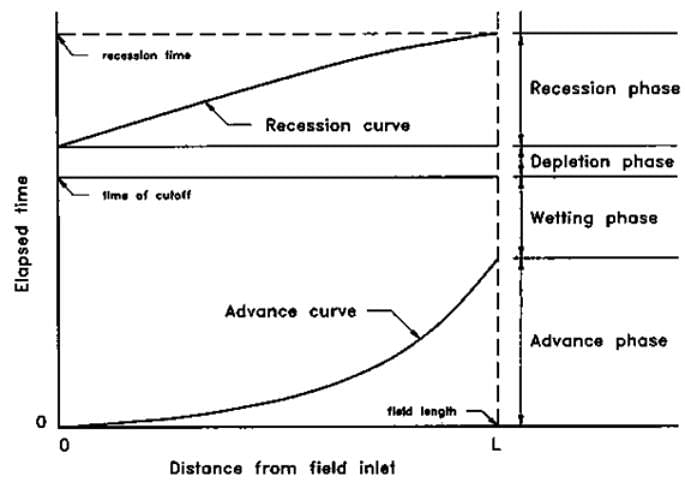 Fig.29.3.Time-space trajectory of water during a surface irrigation showing its advance, wetting, depletion and recession phases.

(iii) Depletion (Vertical Recession) Phase: The time interval between the cut-off of the supply and the complete disappearance of water from the inflow end is called the depletion phase.(iv) Recession (Horizontal Recession) Phase: The time required the water to recedefrom all points in the channel, starting from the end of the depletion phase is known as recession phase. Recession continues until either the front reaches the end of the field. Like advance phase, the rate of recession also depends upon the inflow rate, the slope of the field, the infiltration capacity of the soil, and hydraulic roughness.  Recession will tend to be most rapid when the inflow rate is low, the field slope is steep, the infiltration capacity is high, and/or the hydraulic roughness is small.

The time and space references are shown in Fig.3 are relatively standard. Time is cumulative since the beginning of the irrigation, distance is referenced to the point of the field upto which water has entered or is receding from. The advance and recession curves are therefore trajectories of the advancing and receding water fronts. The period defined between the two curves at any distance is the time water is on the surface, at that point, and therefore is also the time during water is infiltrating into the soil (known as the infiltration opportunity time or intake opportunity time).

The performance of a surface irrigation system is dependent on many factors, which are shown in the following functional relationship; it has of a paramount importance to discuss each one of them in detail.

Where,  P = performance of surface irrigation

I = symbolizes the infiltration parameters

q0 = unit flow rate at the head end of the channel

tco = time of cut off

29.3.1 Unit Flow Rate (q0 )Inlet flow rate is one of the key variables in influencing the outcome of an irrigation event. It affects, the rate of advance to a significant degree and also recession to a lesser extent. Thereby having a significant effect on uniformity, efficiency and adequacy of irrigation, it should not be too high as to cause scouring and should not be too small as otherwise the water will not advance to the downstream end.29.3.2 Cut of Time(tco)Cut off time is the time at which the supply is turned off, measured from the onset of irrigation. The ideal time of cutoff occurs when the infiltrated depth in the least-watered portion of the field is equal to the irrigation requirement. The most important effect of cutoff is reflected on the amount of losses, deep percolation and surface runoff, and hence efficiency and adequacy of irrigation.29.3.3 Channel Length(L)The length of a basin or border or a furrow should be determined considering the soil type, method of irrigation and from previous studies to estimate advance and recession over the length of the channel, the resulting distribution of infiltrated water, volume of runoff and the performance indices. There always exist a certain optimal channel length that would minimize irrigation water losses yet results in acceptable levels of adequacy and uniformity.29.3.4 Required Amount of Application ( Zr)This parameter represents the amount of water that needs to be stored in the crop root zone per irrigation to sustain normal crop growth. The crop type, stage of growth, presence or absence of shallow water table, and limiting soil horizons (such as hard pans), among other things, determine the effective crop root depth. Soil type is the factor that determines how much water can be stored per unit depth of soil. These factors, along with the climatic conditions of an area should be considered to determine the required amount of application ).29.3.5 Manning’s Roughness Coefficient (n)A parameter in Manning’s equation, known as the Manning’s n, is used as a measure of the resistance effects that flow might encounter as it moves down the furrow, border or basin, which is in fact a representation, in lumped form, of the effect of the roughness of the physical boundaries of the flow and cultivation practices. The Manning’s n has a pronounced effect on the hydraulics of the surface irrigation and hence on the efficiency.29.3.6 Channel Bed Slope (So)The bed slope of a furrow or a border or a basin needs to be known in order to estimate maximum non-erosive flow rates. Bed slope is the average slope in the direction of irrigation and is an easy parameter to measure. For borders and furrows bed slope should not be too high to cause scouring and must not too low so as to result in a very slow advance with the end outcome being an inefficient irrigation.29.3.7 Infiltration ParameterKnowledge of the infiltration characteristics of the soil iscritically important for evaluation, design or management of a surface irrigation system, without which it is very difficult to accurately judge system performance, applicationefficiency and uniformity. Therefore, infiltration parameter,(in case of the modified Kostikov infiltration functionk, a, ) and should bedetermined prior to the actual design stage.29.4 Intake Opportunity TimeTime interval during which water is available to enter the soil between the time it arrives at a point during the advance phase and departs during recession. It is thevertical distance between the advance and recession curves. For irrigation uniformity to be high opportunity time must be same throughout the field.