Let us now try to define the steps.

Equivalent circuit for Step-III & IV for three phase bridge inverter is shown below.

During Step-I, SCRs 5, 6 & 1 are conducting. These are shown as closed switches and the non-conducting SCRs are shown as open switches. The load terminals a & c are connected to the positive bus of DC source whereas terminal b is connected to the negative bus of DC source. The load voltage vab = vbc = Vs in magnitude. The magnitude of neutral voltage can be calculated as shown below:

The line to neutral voltages are given as

The line to neutral voltages are given as 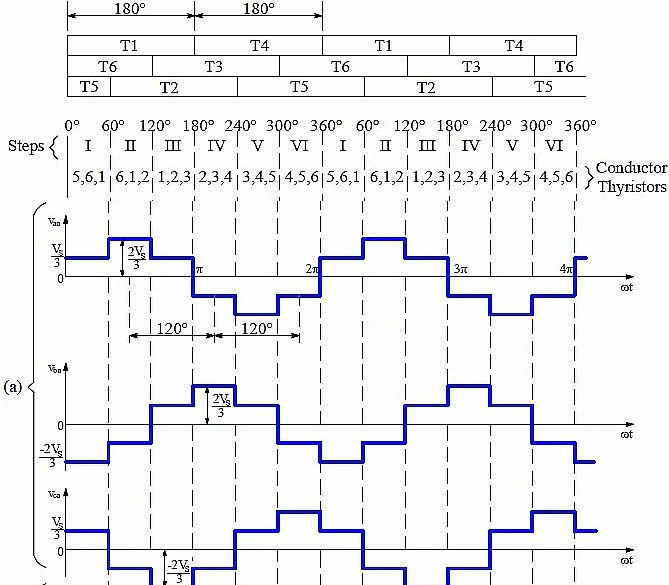 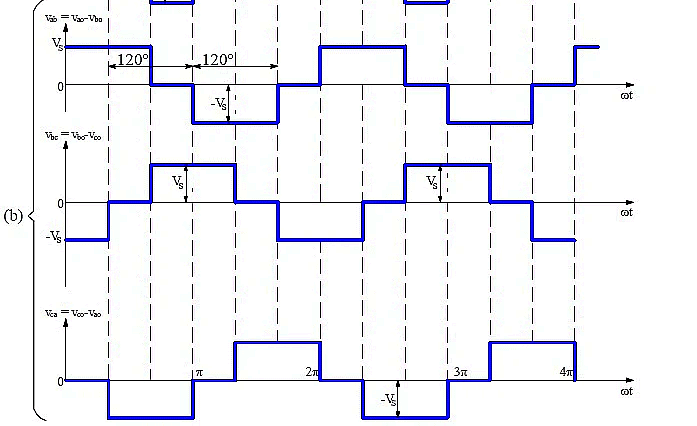 From the above waveform, it is clear that for each cycle of output voltage of each phase, six steps are required and each step has a duration of 60°.The line voltage Vab = Vao + Vbo or Vab = Vao – Vbo is obtained by reversing Vbo and adding it to Vao. This is shown in the output waveform (b). Similarly, line voltages Vbc & Vca are plotted.

Following points may be noted from the output waveform of three phase bridge inverter:

The purpose of diode D1 to D6 is to allow the flow of current through them when the load is inductive in nature.

Formula of Line and Phase Voltage: