1. India, that is Bharat, shall be the Union of States.2. The States and UTs thereof shall be as specified in the first schedule.3. Territories of states

The territory of India consists of 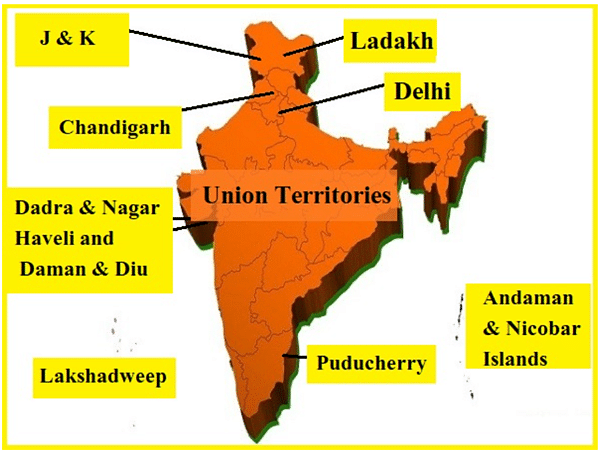 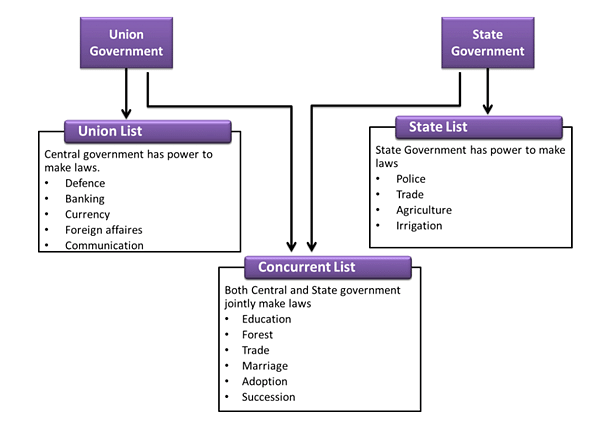 Parliament may by law admit new states into the union of India or establish new states on such terms and conditions as it thinks fit.

Article 2 of the Indian Constitution provides two powers to the Parliament:

The parliament may by law is empowered to:

Article 3 lays down two conditions in the formation of new states.

1. The bill can be introduced in Parliament only with the prior recommendation of the President.2. The President shall before giving a recommendation refer the bill to the legislature of the state which is going to be affected by the changes proposed in the bill.

It means these can be passed without resorting to any special procedure. This can be done by a simple majority of the parliament like any other piece of ordinary legislation.

Following is the list of name changes that have happened over time: 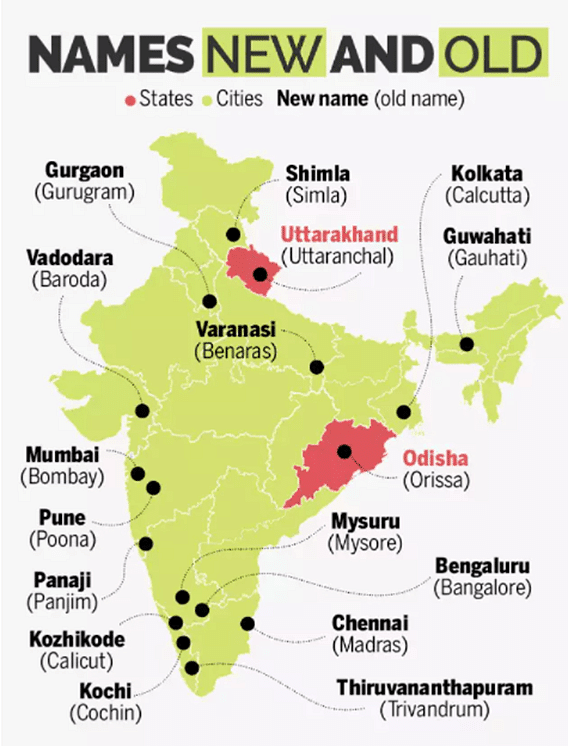 The Indian Constitution of 1950 contained 29 states. The 29 states were classified into 4 parts.

The Territory of India in 1950 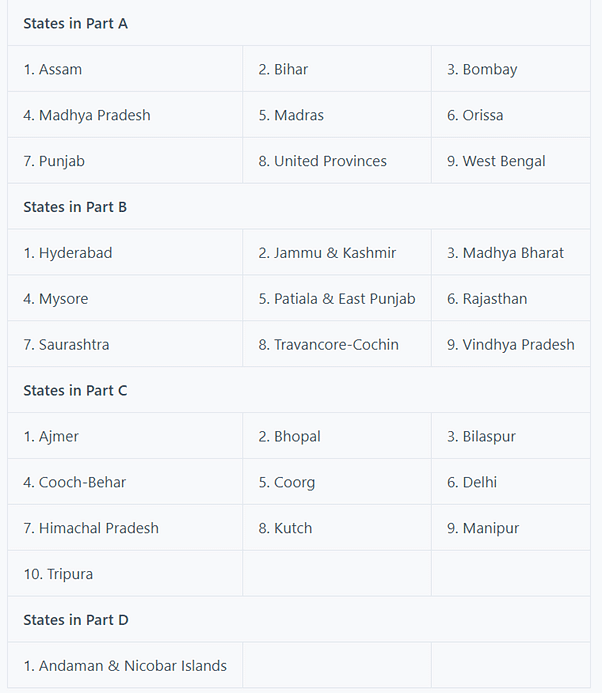 The Fazal Ali commission suggested getting away from the system of the 4-part state. By the States Reorganisation Act of 1956, and the 7th Constitutional Amendment Act of same year, Part A and Part B were merged, and Part C was abolished completely. As a result, 14 states and 6 union territories were created on 1st November 1956.States & Union Territories created after 1956:

In January 2012, the DMK (Dravida Munnetra Kazhagam) demanded that the taluks of Devikulam and Peermedu, now in Kerala and forming parts of the catchment of the Periyar river be merged with Tamil Nadu.This demand was first made by DMK way back in 1956 and 1957. The decision for the creation of a new state “Telangana’ has been announced by the Congress Working Committee on July 30, 2013. On December 4, 2013, the GoM (Group of Ministers) submitted its final recommendations to the Cabinet. 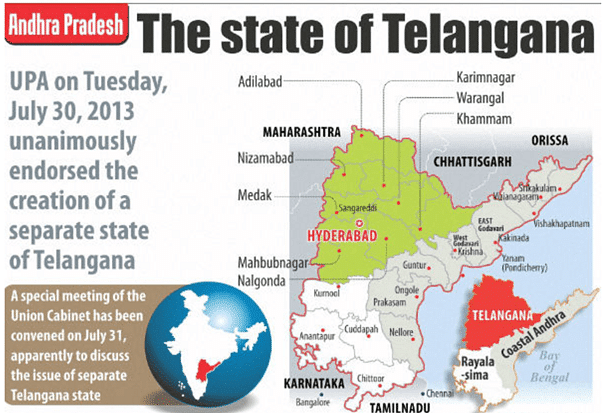 At the same time, the dormant demands from various states have been surfaced. Followings are the demands for separate states: