The document Alcohols, Phenols Class 12 Notes | EduRev is a part of the Class 12 Course Chemistry for JEE.
All you need of Class 12 at this link: Class 12 Ethanol has a higher Boiling Point than Ethane. As molecular weight increases solubility in water decreases. The lower alcohols are miscible with water. This is due to intermolecular hydrogen bonding between alcohol and water molecules. 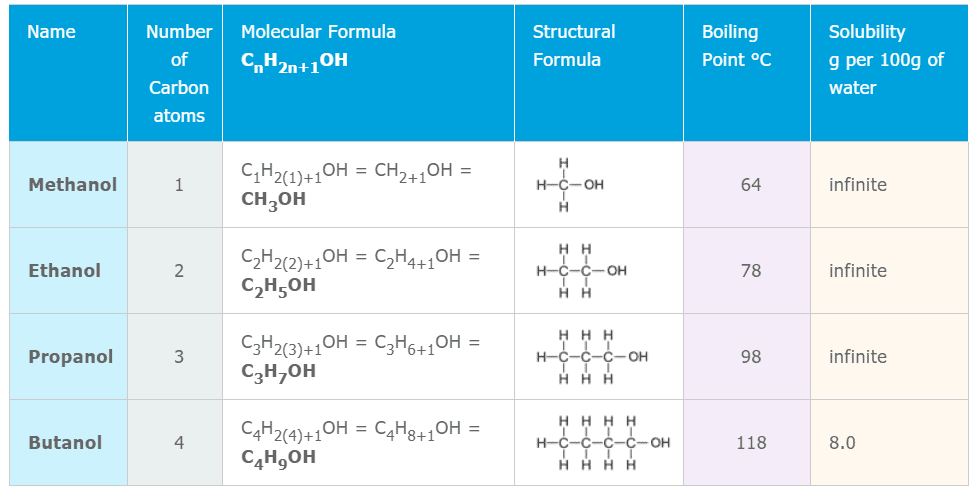 The reaction of Alkenes with Acids follow Markovnikov's Rule

(1) Oxymercuration involves an electrophilic attack on the double bond by the positively charged mercury species. The product is a mercurinium ion, an organometallic cation containing a three-membered ring.

(2) In the second step, water from the solvent attacks the mercurinium ion to give (after deprotonation) organomercurial alcohol.

(3) The third step is demercuration to remove the Hg. Sodium borohydride (NaBH4, a reducing agent) replaces the mercuric acetate fragment with hydrogen.

Ex. Give the major product of the following reaction:

(a) because 3o carbocation is more stable.

(a) By SN2 mechanism (second-order substitution)

It is given by primary (and some secondary) halides.

(b) By SN1 mechanism (first-order substitution)It is given by tertiary and some secondary halides.

A Grignard reagent may be used to synthesize an alcohol by treating it with dry oxygen and decomposing the product with acid :

(b) From ethylene oxide:

(c) From carbonyl compounds:Nucleophilic addition to the carbonyl groups by Grignard's reagent. (ii) Addition to an aldehyde (other than formaldehyde) gives secondary alcohol.

(iv) Addition to an acid halide or an ester gives tertiary alcohol.

(4) By reduction of carbonyl compounds.(a) Catalytic hydrogenation of aldehydes and ketones.

(b) Lithium aluminium hydride reduction of aldehydes and ketones.

It is insoluble in ether and is used in an aqueous ethanolic solution to reduce carbonyl compounds. It does not reduce esters and acids.

The reduction of aldehydes, ketones or esters by means of excess of sodium and ethanol or n-butanol as the reducing agent.

The Bouveault-Blanc reduction is believed to occur in steps involving transfer of one electron at a time.

Ex. What are the product A, B, C, D and E in the following reactions?

B :  Ester part is not affected by NaBH4

C :  Ester part and keto parts are affected by LiAlH4

(5) By reaction of nitrous acid on aliphatic primary amines.

(2) Phosphorus halides produce good yields of most primary and secondary alkyl halides, but none works well with ter. alcohols. The two phosphorus halides used most often are PBr3 and the P4 / I2 combination.General reaction :

The mechanism for the reaction involves attachment of the alcohol group on the phosphorus atom, displacing a bromide ion and forming a protonated alkyl dibromophosphite (see the following reaction).

In a second step a bromide ion acts as a nucleophile to displace HOPBr2, a good leaving group due to the electronegative atoms bonded to the phosphorus.

(a) oxidation of primary alcohols

Oxidation of primary alcohol initially forms an aldehyde. Obtaining the aldehyde is often difficult since most oxidizing agents are strong enough to oxidize the aldehydes formed. CrO3 acid generally oxidizes primary alcohol all the way upto the carboxylic acid

(b) oxidation of secondary alcohols-

Sec. alcohols are easily oxidized to give excellent yields of ketones. The chromic acid reagent is often best for laboratory oxidations of secondary alcohols. The active species in the mixture is probably chromic acid, H2CrO4, or the acid chromate ion,

Oxidation of ter-alcohol is not an important reaction in organic chemistry. Ter-alcohols have hydrogen atoms on the carbonyl carbon atom, so oxidation must take place by breaking C-C bonds. These oxidations require severe conditions and result in mixtures of products.

Methanol (CH3OH) and ethanol (C2H5OH) are the simplest members of the primary alcohol family and have a wide range of applications in the fuel industry. Some important uses of methanol and ethanol are listed in this article. 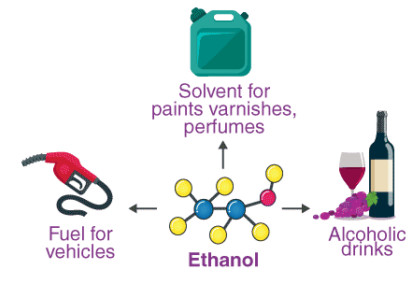 Uses of Ethanol as a Fuel 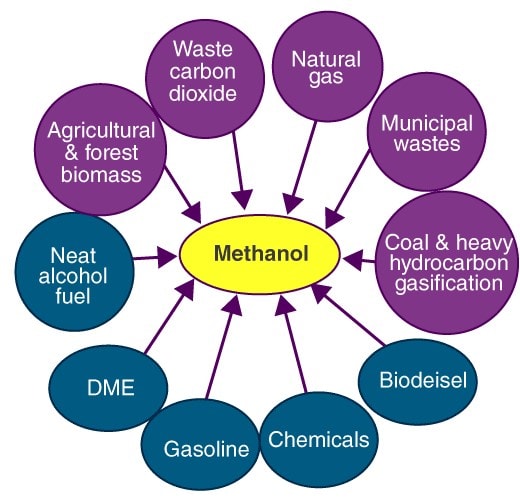 Uses of Methanol in Fuel
Offer running on EduRev: Apply code STAYHOME200 to get INR 200 off on our premium plan EduRev Infinity!
Download EduRev app here for Class 12 preparation.