Until now, we have studied only circuits with direct current (dc) which flows only in one direction. The primary source of emf in such circuit is a battery. When a resistance is connected across the terminals of the battery, a current is established in the circuits, which flows in a unique direction from the positive terminal to the negative terminal via the external resistance. 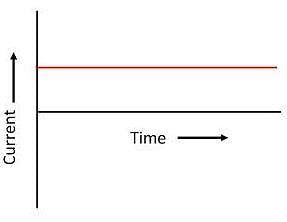 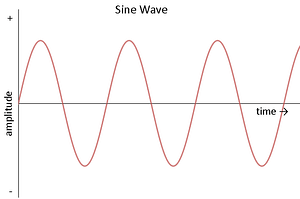 But most of the electric power generated and used in the world is in the form of alternating current (ac), the magnitude of which changes continuously with time and direction is reversed periodically (as shown in figure III & IV) and it is given by 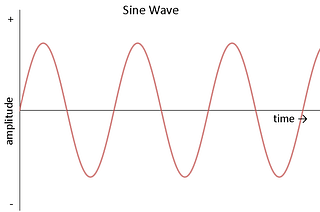 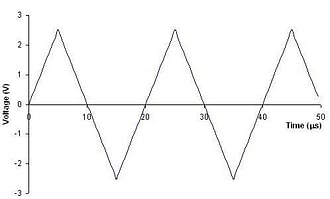 The current is positive for half the time period and negative for remaining half period. It means that the direction of current is reversed after each half time period. The frequency of ac in India is 50 Hz.

An alternating voltage is given by:

It also varies alternatively as shown in the figure (b), where V is instantaneous voltage and V0 is peak voltage. It is produced by ac generator also called as ac dynamo.

AC Circuit: An ac circuit consists of circuit element i.e., resistor, capacitor, inductor or any combination of these and a generator that provides the alternating current as shown in figure. The ac source is represented by symbol  in the circuit.

As we know an alternating current is given by

In one complete cycle, the average current

Ex. 1 If a direct current of value a ampere is superimposed on an alternating current i = b sin wt flowing through a wire, what is the effective value of the resulting current in the circuit ?

Ans: As current at any instant in the circuit will be,

The notation rms refers to root mean square, which is given by square root of mean of square current.

Similarly the rms voltage is given by

The voltage across the resistor will be

The thermal energy developed in one time period is

It means the root mean square value of ac is that value of steady current, which would generated the same amount of heat in a given resistance in a given time.

So in ac circuits, current and ac voltage are measured in terms of their rms values. Likes when we say that the house hold supply is 220 V ac it means the rms value is 220 V and peak value is = 311 V.

The peak value of voltage

The rms value of voltage

Ans: The mean square current is

Thus, the rms current is