Averages can be defined as the central value in a set of data. Average can be calculated simply by dividing the sum of all values in a set by the total number of values. In other words, an average value represent the middle value of a data set.

What is the average of first five consecutive odd numbers?

Here, the number of data or observations is 5 and the sum of these 5 numbers is 25. 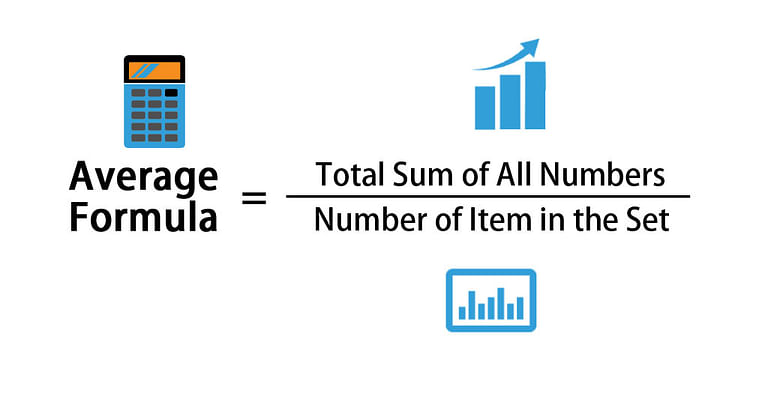 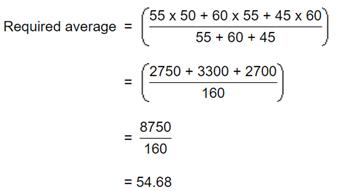 If the average is increased: New member’s age = Age of person who left+(Increase in average*total number of People)

If the average is decreased: New member’s age = Age of person who left - (Decrease in average*total number of People)

When someone joins the group:

Question for Average
Try yourself:A batsman in his 17th innings makes a score of 85 and their by increasing his average by 3. What is his average after the 17th innings?
Explanation

Questions based on averages can be easily solved using shortcuts. By using shortcuts, any question can be solved quickly and efficiently which can save a lot of time. So, some shortcuts to solve average questions are explained below along with illustrations.

The average of a batsman in 16 innings is 36. In the next innings, he is scoring 70 runs. What will be his new average?

Question for Average
Try yourself:The average marks of 19 children in a particular school is 50. When a new student with marks 75 joins the class, what will be the new average of the class?
Explanation

Let the average age of the teacher = x

Question for Average
Try yourself:Average goals scored by 15 selected players in EPL is 16.Maximum goals scored by a player is 20 and minimum is 12.Goals scored by players is between 12 and 20. What can be maximum number of players who scored at least 18 goals ?
Explanation

To maximize the number of players who scored 18 and above number of goals, one should assume that only one person has scored 20. To counter him, there will be one person who will score 12 goals.

Let the average age of the whole team by x years.

So, average age of the team is 23 years.

See the difference in conventional and shortcut method, Due to involvement of numerous steps, the conventional method becomes more time taking although it’s not too long if you are in a habit of oral number crunching but if not then it is advised to use shortcuts.

Question for Average
Try yourself:Example 8. The average age of 30 boys in a class is 15 years. One boy, aged 20 years, left the class, but two new boys came in his place whose age differs by 5 years. If the average age of all the boys now in the class becomes 15 years, the age of the younger newcomer is:
Explanation

Document Description: Average for CLAT 2023 is part of Quantitative Techniques for CLAT preparation. The notes and questions for Average have been prepared according to the CLAT exam syllabus. Information about Average covers topics like Introduction, Properties of Average&nbsp;, Shortcut techniques in Averages, Solved Examples and Average Example, for CLAT 2023 Exam. Find important definitions, questions, notes, meanings, examples, exercises and tests below for Average.