Rules for writing a word equation:(a) The substances taking part in chemical reaction reactants are always written on the left-hand side of arrow.

(b) The substances formed after the chemical reaction, products are always written on the right hand side of arrow.

(c) A plus sign (+) is put in between the reactants or the products. If their number is two or more.

(d) An arrow (→) is put between the reactants and products, the arrow shows the direction of the reaction in which the reaction proceeds. The arrow is read as "to yield" or "to form".

In the word equation when symbols and chemical formulas of the reactants and products are used then it is called a chemical equation. 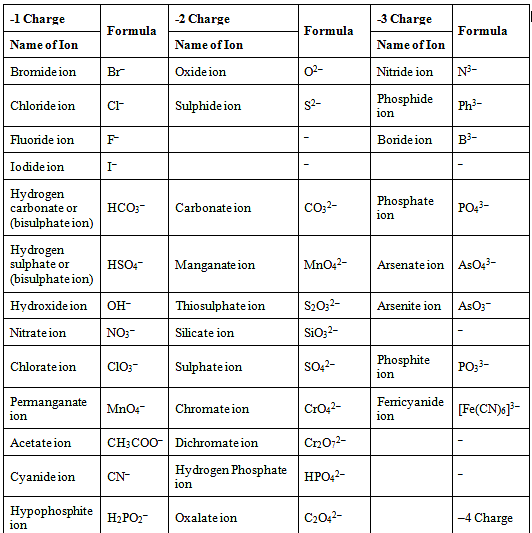 Balancing Chemical EquationsA balanced chemical equation is one that contains an equal number of atoms of each element on both sides of the equation.

The simple equations are balanced by the "hit and trial method" which is done in the following steps. 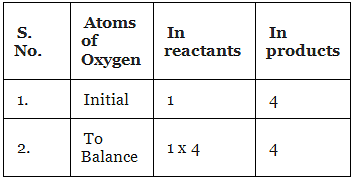 Step (v) Finally check the correctness of the balanced equation by counting the number of atoms on both sides of the equation. 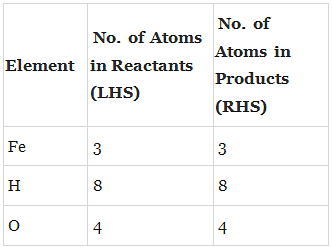 Step (vi) To make chemical equation more informative physical states of the reactants and products are mentioned as for solid (s), liquid (l), gas (g) and for aqueous solution of reactant or product (aq) is written.Now the equation becomes as3Fe(s) + 4H2O(g) → Fe3O4(s) + 4H2(g)

Symbol (g) with water is written to show that water is used in the form of steam in this equation.If gas is evolved in a reaction it can be shown by the symbol (↑) after the formula i.e. arrow pointing upwards e.g.2Na(s) + 2H2O(l) → 2 NaOH(aq) + H2(g) or H2 (↑)The symbol (↓) or ppt is be written for precipitate.NaCl + AgNO3 → NaNO3 + AgCl (↓) or ppt.A reversible reaction is represented by the (⇌) symbol and irreversible reaction by the (→) symbol.The heat evolved in a chemical reaction is written on the right side by putting positive (+) sign and heat absorbed in the chemical reaction is written on the right hand side by putting negative (-) sign.N2 + 3H2 ⇌ 2NH3 + 22400 calories (Exothermic reaction)N2 + O2 ⇌ 2NO - 43200 calories (Endothermic reaction)

Sometimes the reaction conditions, such as temperature, pressure, catalyst etc. are written above or below the arrow in the equation e.g.N2 + 3H2 2NH3 + 22400 calorie heat450°C (Fe-Mo) 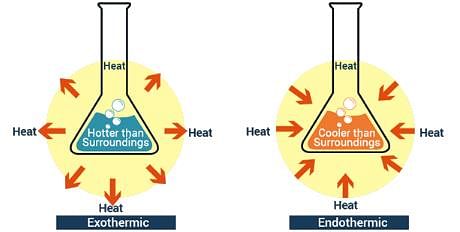 Writing the condition in which reaction takes place: The condition is generally written above and/or below the arrow of a chemical equation.

Thus, by writing the symbols of physical state of substances and condition under which reaction takes place, a chemical equation can be made more informative.Q.1. Translate the following statements into chemical equations and then balance them.(a) Hydrogen gas combines with nitrogen to form ammonia(b) Hydrogen sulphide gas burns in air to give water and sulphur dioxide.(c) Barium chloride reacts with aluminium sulphate to give aluminium chloride and a precipitate of barium sulphate.(d) Potassium metal reacts with water to give potassium hydroxide and hydrogen gas.Ans.(a) N2(g) + 3H2(g)