Ques 1: A Mendelian experiment consisted of breeding pea plants bearing violet flowers with pea plants bearing white flowers. What will be the result in F1 progeny?Ans: The result of F1 progeny will be a Violet Flower as between the two flower colours, violet colour is the dominant character.Ques 2: Write the energy conversion that takes place in a hydropower plant.Ans: In hydropower plant, the potential energy stored in water first gets converted to kinetic energy of water which is then used to rotate the turbine to generate electrical energy.Ques 3: A compound 'X' on heating with excess conc. sulphuric acid at 443 K gives an unsaturated compound 'Y'. 'X' also reacts with sodium metal to evolve a colourless gas 'Z'. Identify 'X', 'Y' and 'Z'. Write the equation of the chemical reaction of formation of 'Y' and also write the role of sulphuric acid in the reaction.Ans:

X, Y and Z are alcohol, alkene and hydrogen respectively.Suppose X is ethanol,it gives alkene on reacting with conc. H2SO4

Role of sulphuric acid: It is used as a dehydrating agent in the above reaction.Ques 4: (a) Name one gustatory receptor and one olfactory receptor present in human beings.
(b) Write a and b in the given flow chart of neuron through which information travels as an electrical impulse. 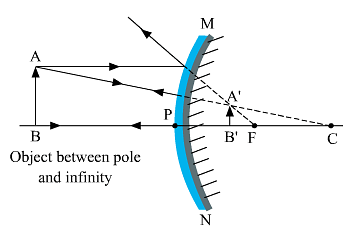 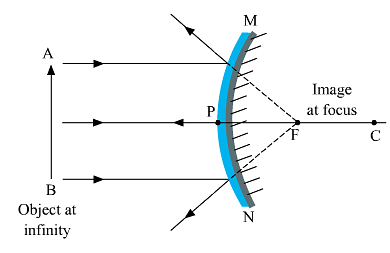 Ques 6: 2 mL of sodium hydroxide solution is added to a few pieces of granulated zinc metal taken in a test tube. When the contents are warmed, a gas evolves which is bubbled through a soap solution before testing. Write the equation of the chemical reaction involved and the test to detect the gas. Name the gas which will be evolved when the same metal reacts with dilute solution of a strong acid. OR The pH of a salt used to make tasty and crispy pakoras is 14. Identify the salt and write a chemical equation for its formation. List its two uses.Ans:

Test for hydrogen: A splint is lit and held near the opening of the tube, then the stopper is removed to expose the splint to the gas. If the gas is flammable, the mixture ignites. This test is most commonly used to identify hydrogen, which ignites with a distinctive 'squeaky pop' soundZn + H2SO4 (dil) →→ ZnSO4 + H2OR The salt used to make tasty and crispy pakoras are sodium hydrogen carbonate. The chemical formula is NaHCO3.NaCl + H2O + CO2 + NH3 →NH4Cl + NaHCO3Two of its uses are:(i) It is used as an antacid in medicine to remove acidity of the stomach.(ii) It is also used in fire extinguishers.Ques 7: (a) Why are most carbon compounds poor conductors of electricity? (b) Write the name and structure of a saturated compound in which the carbon atoms are arranged in a ring. Give the number of single bonds present in this compound.Ans: (a) Covalent compounds do not conduct electricity because they do not have free electrons. Current results from the motion of electrons or ions. Also, on dissolving covalent compounds in water they do not form ions. So, covalent compounds are generally poor conductor of electricity.(b) Cyclohexane is a saturated cyclic hydrocarbon which has 18 single bonds present in it. 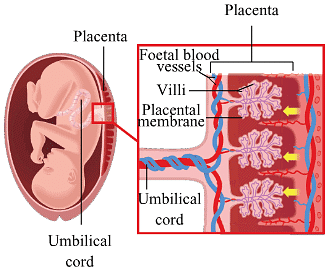 Ques 15: (a) State Fleming's left hand rule. (b) Write the' principle of working of an electric motor. (c) Explain the function of the following parts of an electric motor. (i) Armature (ii) Brushes (iii) Split ringAns: (a) According to this rule, stretch the thumb, forefinger and middle finger of your left hand such that they are mutually perpendicular. If the first finger points in the direction of magnetic field and the second finger in the direction of the current, then the thumb will point in the direction of motion of the conductor or the force acting on the conductor.(b) The working principle of an electric motor is based on the magnetic effect of current. A current-carrying loop experiences a force and rotates when placed in a magnetic field. The direction of rotation of the loop is given by Fleming’s left-hand rule.(c) (i) Armature: Armature is a coil which carries current and rotates in the magnetic field.(ii) Brushes: Brushes are used to make contact with the rotating split-rings so as to supply current to the armature.(iii) Split ring: Split ring is used for reversing the direction of flow of current through the coil.Ques 16: A student added few pieces of aluminium metal to two test tubes A and B containing aqueous solutions of iron sulphate and copper sulphate. In the second part of her experiment, she added iron metal to another test tubes C and D containing aqueous solutions of aluminium sulphate and copper sulphate. In which test tube or test tubes will she observe colour change? On the basis of this experiment, state which one is the most reactive metal and why.Ans: When pieces of aluminium are added to the solution of iron suphate (TEST TUBE A). Aluminium being more reactive than iron, Aluminium will react with ferrous sulphate to form its sulphate and iron is precipitated leaving a colourless solution.2Al + 2FeSO4 → Al2(SO4)3 + 3FeWhen pieces of aluminium are added to the solution of copper suphate (TEST TUBE B). Aluminium being more reactive than copper, it will displace Cu from CuSO4 and a transparent solution of Al2(SO4)3 is prepared.2Al + 3CuSO4 →Al2(SO4)3 +3CuIn the second part, iron metal is added to solution of Al2(SO4)3 (TEST TUBE C) solution remains colorless. Iron being less reactive than aluminium, it cannot displace Al from Al2(SO4)3 solution.Iron metal is added to solution of copper sulphate (TEST TUBE D) blue colour of CuSO4 changes to light green colored FeSO4. Iron being more reactive than copper, it displaces copper from its solution.Fe + CuSO4 →Cu + FeSO4Aluminium is the most reactive metal amongst the all, since it lies in the top of the reactivity series.Ques 17: What is observed when a solution of sodium sulphate is added to a solution of barium chloride taken in a test tube? Write equation for the chemical reaction involved and name the type of reaction in this case.Ans: When solutions of barium chloride and sodium sulphate are mixed together, then an insoluble precipitate of barium sulphate and solution of sodium chloride is obtained. Hence, this reaction is a precipitation (a kind of double displacement reaction) reaction. The chemical equation for the reaction between barium chloride and sodium sulphate is represented as followsBaCl2 + Na2SO4 → BaSO4 + 2NaClQues 18: List the steps of preparation of temporary mount of a leaf peel to observe stomata.Ans: The steps involved in the preparation of temporary leaf mount to view stomata under the light power microscope are following:1) Remove a healthy leaf from the potted plant.2) Remove a part of the peel from the lower surface of the leaf. The peel can be removed by folding the leaf over and gently pulling the peel apart using forceps. Place the peel in a watch glass containing water.3) Put few drops of safranin stain in the watch glass.4) After 2-3 minutes, approximately take out the peel and place it on a clean glass slide.5) Put a drop of glycerin over the peel and place a clean coverslip gently over it with the help of a needle to avoid any kind of air bubbles.6) Remove the excess stain and glycerin with the help of blotting paper.7) Observe the slide under the low-power and high-power magnifications of the compound microscope.