The document CBSE Sample Question Paper English Language & Literature (2017-18) Class 10 Notes | EduRev is a part of the Class 10 Course English Class 10.
All you need of Class 10 at this link: Class 10

I. The question paper is divided into three sections :

II. All questions are compulsory.

III. You may attempt any section at a time.

IV. All questions of that particular section must be attempted in the correct order.

Q1. Read the passage given below and answer the questions that follow:

1. Necessity is indeed the mother of invention. When areas in and around Leh began to experience water shortages, life didn’t grind to a halt. Why? Because Chewang Norphel, a retired civil engineer in the Jammu and Kashmir government came up with the idea of artificial glaciers.

2. Ladakh, a cold desert at an altitude of 3,000-3,500 metres above sea level, has a low average annual rainfall rate of 50mm. Glaciers have always been the only source of water. Agriculture is completely dependent on glacier melt unlike the rest of river/monsoon-fed India. But over the years with increasing effects of climate change, rainfall and snowfall patterns have been changing, resulting in severe shortage and drought situations. Given the severe winter conditions, the window for farming is usually limited to one harvest season.

3. It is located between the natural glacier above and the village below. The one closer to the village and lowest in altitude melts first, providing water during April/May, the crucial sowing season. Further layers of ice above melt with increasing temperature thus ensuring continuous supply to the fields. Thus, farmers have been able to manage two crops instead of one. It costs about Rs.1,50,000 and above to create one.

4. Fondly called the “glacier man”, Mr. Norphel has designed over 15 artificial glaciers in and around Leh since 1987. In recognition of his pioneering effort, he was conferred the Padma Shri by President Pranab Mukherjee, in 2015.

5. There are few basic steps followed in creating the artificial glacier.

6. River or stream water at higher altitude is diverted to a shaded area of the hill, facing north, where the winter sun is blocked by a ridge or a mountain range. At the start of winter/November, the diverted water is made to flow onto sloping hill face through distribution channels. Stone embankments are built at regular intervals which impede the flow of water, making shallow pools and freeze, forming a cascade of ice along the slope. Ice formation continues for 3-4 months resulting in a large accumulation of ice which is referred to as an “artificial glacier”.  (349 words)

1.1 Attempt any eight of the following questions on the basis of the passage you have read (1X8=8Marks)

i. Who was Chewang Norphel?

ii. What kind of land form is Ladakh?

iii. Why have Glaciers been the only source of water for Ladakh?

iv. Why has the pattern of snowfall and rainfall changed?

v. How are Glaciers significant for irrigation?

vi. How do farmers manage to grow two crops instead of one?

viii. How many months does the ice formation continue for?

ix. Find the word in the paragraph 6 which means the same as ‘gathering’?

Q2. Read the passage given below and answer the questions that follow:

1. Have you ever failed at something so miserably that the thought of attempting to do it again was the last thing you wanted to do?

2. If your answer is yes, then you are “not a robot.” Unlike robots, we human beings have feelings, emotions, and dreams. We are all meant to grow and stretch despite our circumstances and our limitations. Flourishing and trying to make our dreams come true is great when life is going our way. But what happens when it’s not? What happens when you fail despite all of your hard work? Do you stay down and accept the defeat or do you get up again and again until you are satisfied? If you have a tendency to persevere and keep going then you have what experts call, grit.

3. Falling down or failing is one of the most agonizing, embarrassing, and scariest human experiences. But it is also one of the most educational, empowering, and essential parts of living a successful and fulfilling life. Did you know that perseverance (grit) is one of the seven qualities that have been described as the keys to personal success and betterment in society? The other six are: curiosity, gratitude, optimism, self-control, social intelligence, and zest. Thomas Edison is a model for grit for trying 1,000 plus times to invent the light bulb. If you are reading this with the lights on in your room, you know well he succeeded. When asked why he kept going despite his hundreds of failures, he merely stated that what he had been not failures. They were hundreds of ways not to create a light bulb. This statement not only revealed his grit but also his optimism for looking at the bright side

4. Grit can be learned to help you become more successful. One of the techniques that helps is mindfulness. Mindfulness is a practice that helps the individual stay in the moment by bringing awareness of his or her experience without judgement. This practice has been used to quiet the noise of their fears and doubts. Through this simple practice of mindfulness, individuals have the ability to stop the self-sabotaging downward spiral of hopelessness, despair, and frustration.

5. What did you do to overcome the negative and self-sabotaging feelings of failure? Reflect on what you did, and try to use those same powerful resources to help you today.

i. According to the passage, what are the attributes of a human?

ii. What is perceived as grit?

iii. How is ‘failing’ an educational and empowering part of human life?

iv. In what ways can grit be developed?

v. How does mindfulness help?

2.2 On the basis of your reading of the passage, answer any four of the following: (1X4=4)

v. _________ helps in preventing individuals from going down the lines of despair

Section B: (Writing and Grammar) 30 Marks

Q3. You are Sujal /Sujata of Pragya Public School , Nagal ,Punjab who had arranged a trip for fifty students to Nanital in summer vacations for ten days with ‘Mount Travels and Tourism ’ The arrangements done by the travel agency were far below standard .The accommodation and food facilities were inferior in quality .Write a letter of complaint to the director of the agency to stop duping tourists with false promises as it tarnishes the image of locals . (100-120 words 8 marks)

India is a highly populated country . People lack in maintaining proper sanitation and hygiene as a result they suffer from various diseases . India has a serious sanitation challenge; around 60 per cent of the world’s open defecation takes place in India. Poor sanitation causes health hazards including diarrheoa, particularly in children under 5 years of age, malnutrition and deficiencies in physical development and cognitive ability.You are Nitish /Nikita, head boy/ girl of Anand Public School, Jaipur. Write a letter to the editor of a national daily, highlighting the problem and suggesting practical ways to ensure public sanitation and the right to dignity and privacy . (100-120 words, 8 marks ) 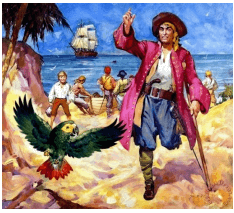 B. It was an amazing day , full of fun and frolic . We all stood aghast to see a strange flying object over our heads . We started guessing …(write in 150-200 words) 10 Marks

Q5. Fill in any four of the blanks choosing the most appropriate option from the ones given in the box . Write the answers in your answer –sheet against the correct blank numbers. ( 1 x 4 = 4 marks )

Q 6. In the following passage one word has not been edited in each line .Write the incorrect word along with the correct word in the space provided . Do any four ( 4 marks )

Q7. Rearrange any four of the following word or phrases to make meaningful sentences. (4 marks)

Q8 Read the extracts given below and answer the questions that follow.(1X4= 4marks)

A. The moon was coming up in the east, behind me, and stars were shining in the clear sky above me. There wasn’t a cloud in the sky. I was happy to be alone high up above the sleeping countryside.

B. At about the age of twenty five, the Prince, thereof shielded from the sufferings of the world, while hunting out glanced upon a sick man, then an aged man, then a funeral procession, and finally a monk begging for alms. These sights so moved him that he at once became a beggar and went out into the world to seek enlightenment concerning the sorrows he had witnessed.

i. Whose age has been referred here?

ii. What was the effect of sights on the prince?

iii. How did witnessing sorrow change him?

iv. What does ‘ glance’ imply in the given lines?

i. Hari Singh is both a thief and a human being. Explain.

ii. How does the necklace change the course of the Loisel’s life?

iii. Explain the qualities of the post office employees?

iv. Why would you not agree with Lencho calling them ‘a bunch of crooks’?

v. Bholi’s heart was overflowing with a ‘New hope and a new life’. What does the phrase ‘ the new hope and the new life’ mean?

A. People should always try to live within their means. Aspirations have no limits but one should never forget the ground realities. Elaborate on the basis of chapter, “The Necklace”.

B. Simple moment proves to be very significant and saves rest of the day of poet from being wasted. Explain on the basis of the poem ‘Dust of Snow’.

a. Kitty plays a vital role in Anne’s life. Elucidate

b. In spite of the heartrending circumstances in which ‘The Diary’ was written, it was not an inspiring rather a depressing book. Explore .

a. How did Miss Anne Sullivan help Helen to communicate properly?

b. Give a pen portrait of Helen Keller.