Key concepts in a nutshell 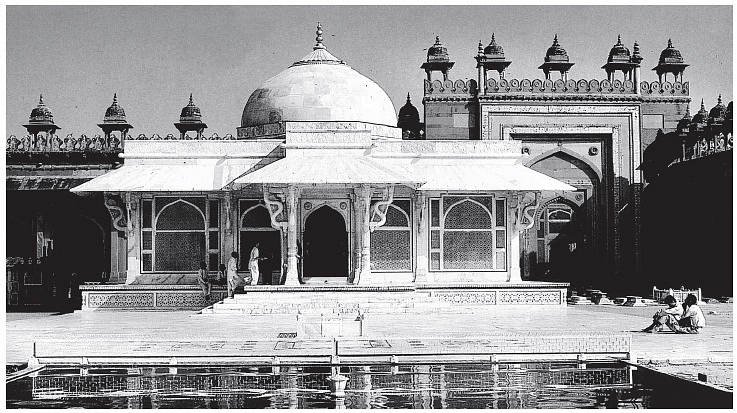 Q.1 What does Bhakti movement mean?            (2) Ans. A series of Hindu saints& reformers started religious reform movements which adopted the method of devotion ( Bhakti ) to achieve the salvation their method of expression of devotion ranged from the routine worship of deities within temple & singing & chanting of devotional composition.

Q.4 What do you mean by Sufism?           (2) Ans. The Sufis were Muslim saints Who left a great impact on the Indian society Sufism originated in Persia.

Q.-5 What is the importance of Murshid in Sufi ideology?           (2) Ans. According to Sufism, an individual must have a religious guide (Murshid) through whom he can communicate with God. The pair is a ladder which enables a man to reachthe goal of life Devotion to the Murshid is the worship of God.

Ans. 1. Influence of Vaishnavism2. Evil practices of the Hindus3. Fear of spirit of Islam4. Influence of Sufi sects5. The emergence of great reformers.

Q.6(c) Discuss the influences & importance of Bhakti movement?           (2) Ans. RELIGIOUS EFFECTS1. Saked Hinduism2. Lowered the prestige of the Brahmins3. Checked the propagation of Islam4. Emergence of Sikhism5. Setback back to Buddhism

SOCIAL & CULTURAL IMPACT(a) Improvement in the social relation between the Hindus & Muslims(b) Uplift of the lower class(c) Promoted the spirit of social service(d) Development of composite art in the society(e) Enrichment of Literature.

Q.-8 What were Attitude of the Nayanars & Alavars sects towards the cast?           (5) Ans. Some historians are of the view that Alvarez & Nayanaras started a movement of Protest against the caste system & the dominance of Brahmans are at least made effort toreform them. This view is supported by the fact, that these Bhakti reformers came from diverse social background some of the belonged to lower classes such as Cultivators, Artism & untouchable some of them Barman background. The Alvarez & Nayanars claimed that their compositions were as important as the Vedas. The Tamil song of the Alvars is marked by such depth of feeling & true piety that they are looked upon as Vaishnava Vedas. the nayanaras composed their devotional songs with the highest spiritual sentiments & set up Shaivism on a strang tooting. these songs are still popular in south India.

Q.-9 Describe the teaching of Kabir? How does he describe the ultimate reality through the poems?               8+2=10 Ans. (a) To achieve inward spiritual bliss(b) Condemnation of empty ritual(c) To faster harmony between Hinduism & Islam(d) He believed in one formless God(e) Rejected both Vedas & Kuran & the supremacy of the Brahmins & Mulas