The document Chronology of Chola Kings, The Rulers and Army UPSC Notes | EduRev is a part of the UPSC Course History for UPSC (Civil Services) Prelims.
All you need of UPSC at this link: UPSC

South India And the Cholas 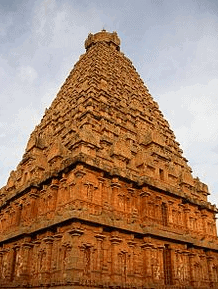 Brihadeeswarar temple at Thanjavur, TamilNadu The accession of Rajaraja I is a turning point in the history of the Cholas.

Army The Cholas maintained powerful armies and navies. The infantry, the cavalry and the war elephants constituted the main parts of the army of the Cholas.