The document Citizenship- 3 UPSC Notes | EduRev is a part of the UPSC Course Indian Polity for UPSC CSE.
All you need of UPSC at this link: UPSC 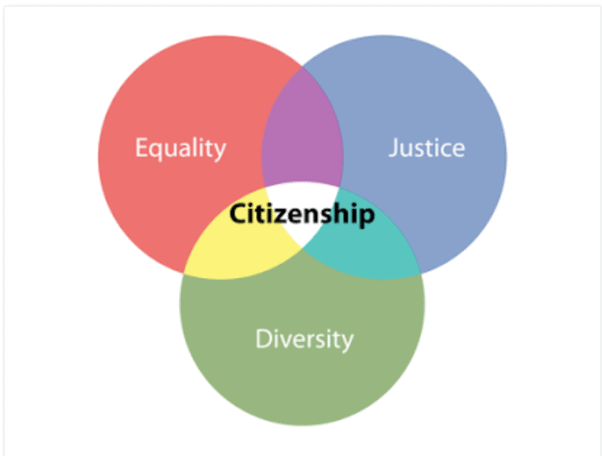 The Constitution confers the following rights and privileges on the citizens of India (and denies the same to aliens): Along with the above rights, the citizens also owe certain duties towards the Indian State, as for example, paying taxes, respecting the national flag and national anthem, defending the country, and so on.

According to the Constitution, the following four categories of persons became the citizens of India at its commencement i.e., on 26 January 1950:

➤ Article 5: Citizenship at the commencement of the constitution

(Article 5): A person who had his domicile in India and also fulfilled any one of the three conditions, viz.,

➤ Article 6: Rights of citizenship of certain persons who have migrated to india from pakistan

➤ Article 7: Rights of citizenship of certain migrants to pakistan

➤ Article 8: Rights of citizenship of certain persons of indian origin residing outside india

To sum up, these provisions deal with the citizenship of:(a) Persons domiciled in India;(b) Persons migrated from Pakistan;(c) Persons migrated to Pakistan but later returned; and(d) Persons of Indian origin residing outside India.

➤ Article 9: Persons voluntarily acquiring citizenship of a foreign state not to be citizens

➤ Article 10: Continuance of the rights of citizenship

➤ Article 11: Parliament to regulate the right of citizenship by law

The Act provides five modes of acquiring the citizenship of India. These are: Any person who is not already an Indian citizen by virtue of the provisions of the Constitution or those of this Act can acquire citizenship by registration if that person belongs to any one of the following five categories: The Act provides, however, for a conspicuous exemption under which any or all of the above conditions may be waived in favour of a person who has rendered distinguished service to the cause of science, philosophy, art, literature, world peace or human progress generally.

Every person to whom a certificate of naturalization is granted has to take an oath of allegiance solemnly affirming that he will bear true faith and allegiance to the Constitution of India as by law established and that he will faithfully observe the laws of India and fulfil his duties as a citizen of India.

➤ By Incorporation of Territory

If any territory becomes part of India, the Government of India, by order, may specify the persons who shall be citizens of India by reason of their connection with that territory. 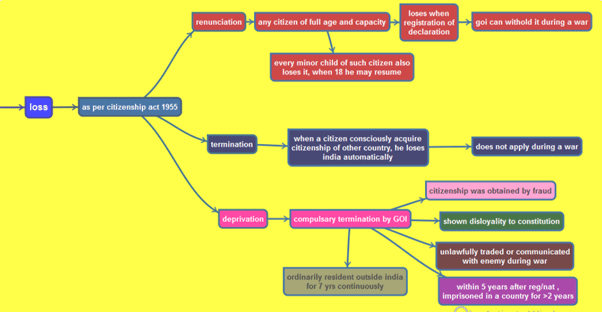 The Act envisages three situations under which a citizen of India may lose his Indian nationality. These are:

The possible grounds of such deprivation are: 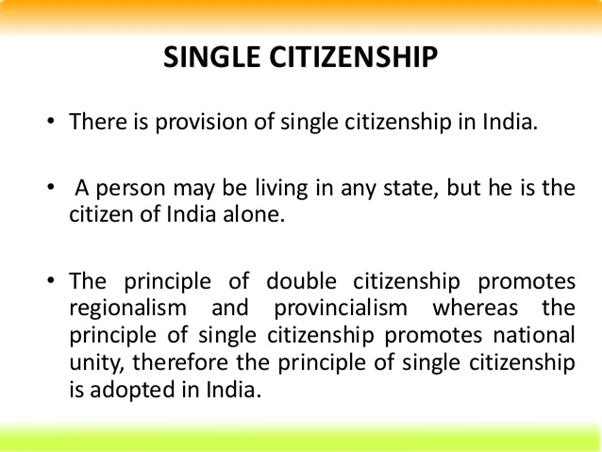 The amendment proposes to permit members of six communities — Hindus, Sikhs, Buddhists, Jains, Parsis and Christians from Pakistan, Bangladesh and Afghanistan — to continue to live in India if they entered India before December 14, 2014.