The number lines, when drawn as shown in X – Y plane below, are called "axes". The horizontal number lineis called the "x-axis", the vertical one is the y-axis.

Abscissa is the x–coordinate of a point can be defined either as its distance along the x–axis, or as itsperpendicular distance from the y–axis.

Ordinate is the y-coordinate of a point can be defined either as its distance along the y-axis, or as itsperpendicular distance from the x-axis.

In the figure given below, OX and OY are two straight lines which are perpendicular to each other and whichintersect at the point O. OX is known as the x–axis, and OY is known as the y–axis. You can see that the twoaxes divide the plane into four regions as above. The four regions are known as Quadrants and are named IQuadrant, II Quadrant, III Quadrant and IV Quadrant as shown. 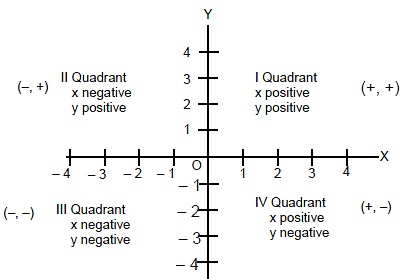 Sol. The points (x, y), with xy < 0 means the product of abscissa and ordinate should be negative which canbe possible only when one is positive and other is negative, such as (– 2, 5) or (4, – 6) and this will liein the Quadrants II and IV. 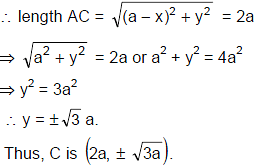 (ii) Section formula:The point which divides the join of two distinct points A (x1, y1)and B (x2, y2) in the ratio m1 : m2 Internally, has the co-ordinates 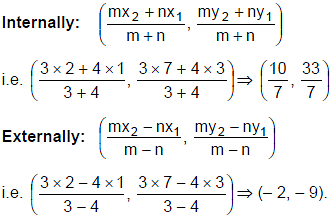 Centroid: It is the point of intersection of the medians of a triangle.

Incentre: It is the point of intersection of the internal angle bisectors of the angles of a triangle.If A

be the vertices of a triangle, then its centroid is given by

Sol. x co-ordinate of the centroid =

y co-ordinate of the centroid = 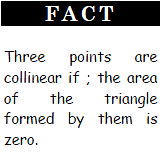 Sol. By the distance formula 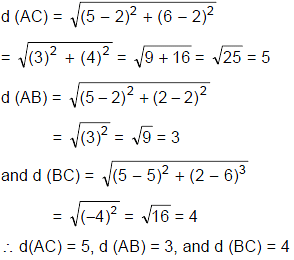 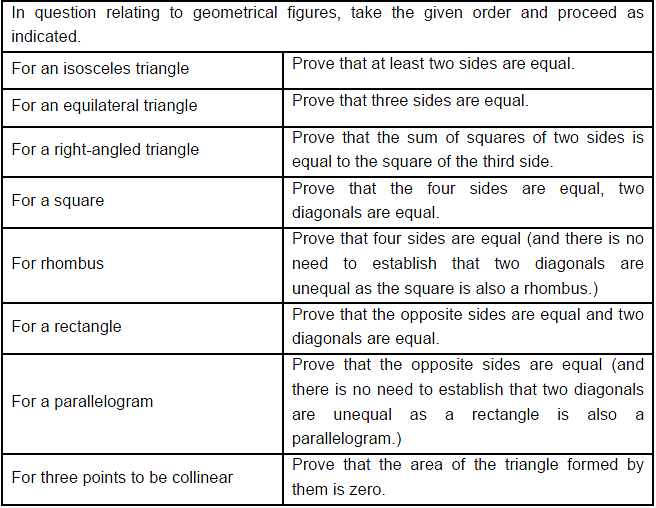