The document Combination of Resistors: Series and Parallel Class 12 Notes | EduRev is a part of the Class 12 Course Physics For JEE.
All you need of Class 12 at this link: Class 12

A number of resistance can be connected in a circuit and any complicated combination can be, in general, reduced essentially to two different types, namely series and parallel combinations. 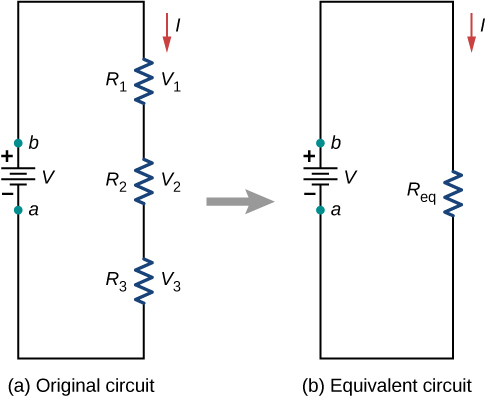 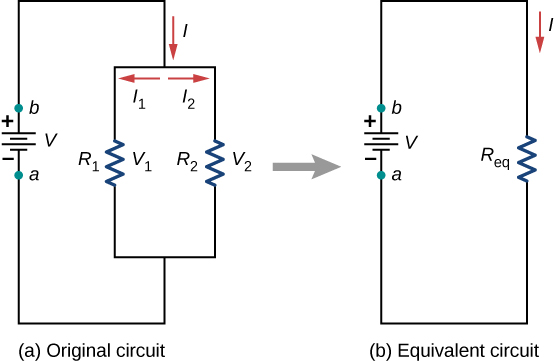 (ii) When two resistance R1 and R2 are joined in parallel, then

i.e., heat produced will be maximum in the lowest resistance.

Example1. Find current which is passing through battery.

Sol. Here potential difference across each resistor is not 30 V

Q battery has internal resistance here the concept of combination of resistors is useful.

Here all the Resistance are connected between the terminals A and B. So, Modified circuit is

Example 3. Find the current in Resistance P if voltage supply between A and B is V volts

So current in 2 ? Resistance =

We wish to determine equivalent resistance between A and B. In figure shown points (1,2) (3, 4, 5) and (6, 7) are at same potential Equivalent circuit can be redrawn as in figure shown.

The equivalent resistance of this series combination is

In the figure shown, the resistances specified are in ohms. We wish to determine the equivalent resistance between point A and D. Point B and C, E and F are the the same potential so the circuit can be redrawn as in figure shown.

Thus the equivalent resistance is 1 ?.