The document Conformational Isomers Class 11 Notes | EduRev is a part of the JEE Course Chemistry for JEE.
All you need of JEE at this link: JEE 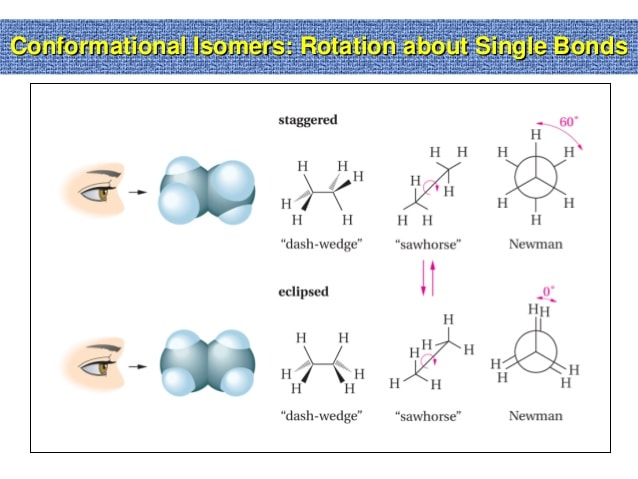 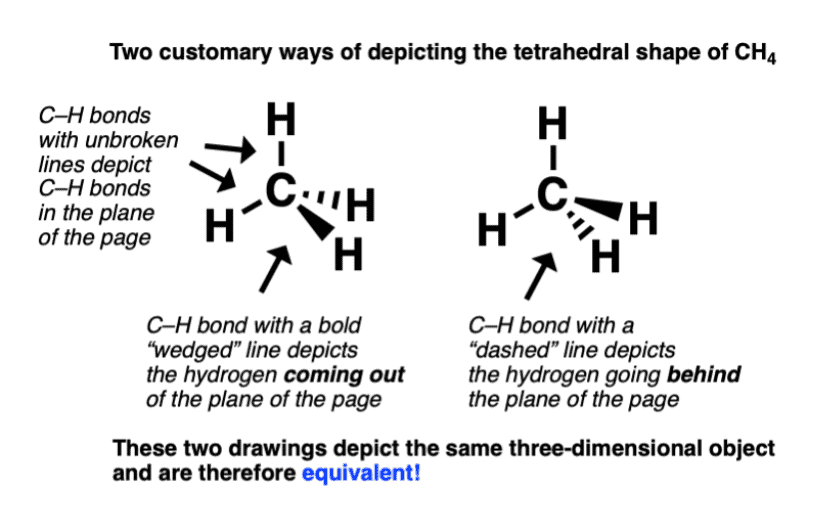 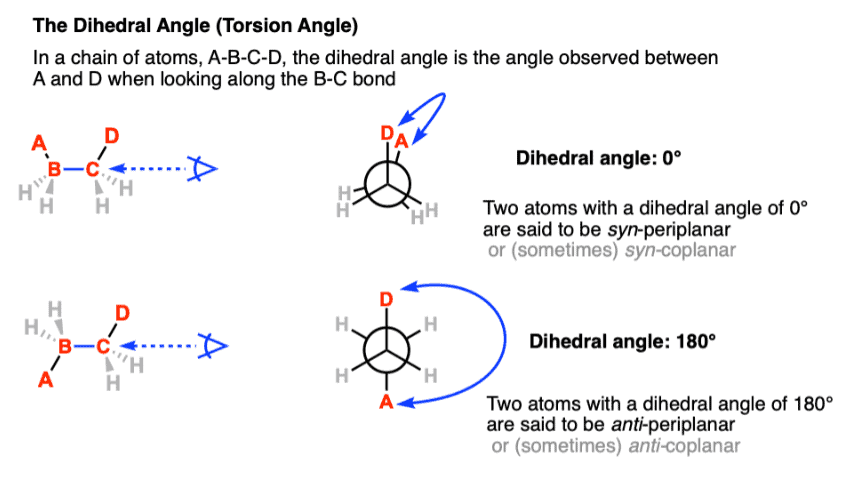 Note : (i) For free rotation energy barrier is 0.6 Kcal/mole.

In this case, out of six substituents on two C's (carbon -1 and carbon-2 ) five, are hydrogens and one is CH3 group.

Butane has three carbon-carbon single bonds and the molecule can rotate about each of them.

For conformational analysis, treat butane as the derivative of ethane. Out of six substituents, four are hydrogens and two are methyl groups. Different conformations of butane are obtained by rotation.

Butane has three staggered conformers (I, III and V) .

In general, steric strain in the molecule is directly proportional to the size of the eclipsing groups. Eclipsed conformer (VI) is called the fully eclipsed conformer (angle between two methyl groups is zero) whereas (II) and (IV) are called eclipsed conformers. The energy diagram for rotation about the C-2-C-3 bond of butane is shown in the Fig. 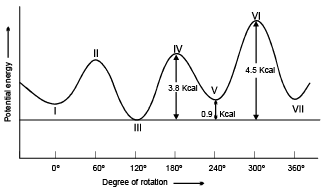 Thus the relative stabilities of the six conformers of n-butane in decreasing order is as follows:

Thus molecules with carbon-carbon single bonds have many interconvertible conformers. Conformers cannot be separated because they rapidly interconvert.

Sol. Gauche conformation of the given compound is:

where xa = mole fraction of anti form and

The anti conformer of n-butane is more stable than the gauche may about 900 Kcal/mole (i.e., 0.9 Kcal/mole). This is energy barrier between anti and gauche.

The ratio of Keq is 4.57 ≈4.6, which means that about 82% mole  of the molecule are in the anti conformation and 18% in the gauche conformation at any one time. 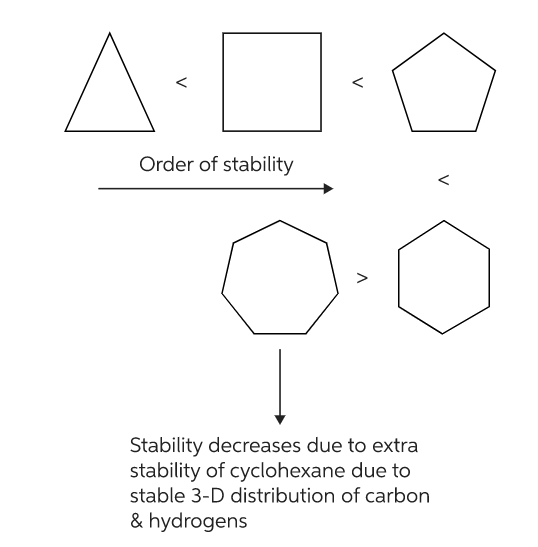 The German chemist Baeyer was the first to suggest that the instability of these small ring compounds was due to angle strain. This theory is known as the Baeyer-Strain theory.

Baeyer strain theory was based upon the assumption that when an open-chain organic compound having the normal bond angle 109.5º is converted into a cyclic compound, a definite distortion of this normal angle takes place leading to the development of a strain in the molecule.

Baeyer assumed that cyclic rings are planar. Assuming that the rings are planar, the amount of strain in various cycloalkanes can be expressed in terms of angle of deviation (d).

where n = number of carbon-carbon bonds in cycloalkane ring

a = inner bond angle in the cycloalkane ring.

Now let us take the case of three to eight-membered cyclic compounds.

The positive and negative values of (d) indicate whether the inner angle is less than or more than the normal tetrahedral value.

Contrary to what Baeyer predicted, however, cyclohexane is more stable than cyclopentane. Furthermore, cyclic compounds do not become less and less stable as the number of sides increase. Thus Baeyer strain theory is applicable only to cyclopropane, cyclobutane and cyclopentane.

The mistake that Baeyer made was to assume that all cyclic compounds are planar. In real sense only cyclopropane is planar and other cycloalkanes are not planar. Cyclic compounds twist and bend in order to achieve a final structure that minimizes the three different kinds of strain that can destabilize a cyclic compound.

1. Angle strain is the strain that results when the bond angle is different from the desired tetrahedral bond angle of 109.5º.

3. Steric strain is caused by atoms or groups of atoms approaching each other too closely.

Ex.47 According to Baeyer-strain theory which compound has minimum angle strain?

Ex.48 Which form of trans 1,4-cyclohexane diol is most stable?

⇒ Each carbon in chair conformation has an axial bond and an equatorial bond.

⇒ It axial bond on carbon - I will be above the plane then equatorial bond on this carbon will be below the plane.

When one hydrogen of cyclohexane is replaced by a larger atom or group, crowding occurs. The most severe crowding is among atoms held by the three axial bonds on the same side of the molecule; the resulting repulsive interaction is called 1,3-diaxial interaction. 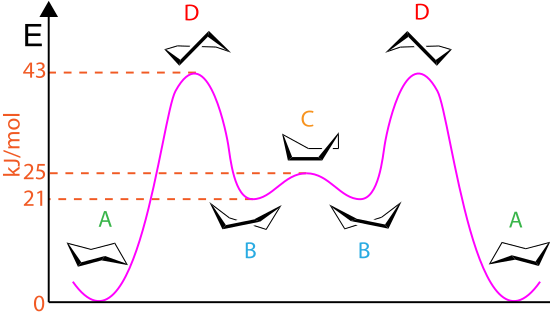