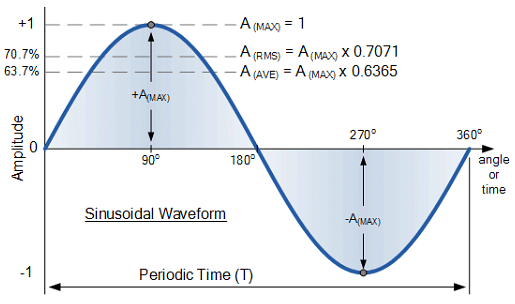 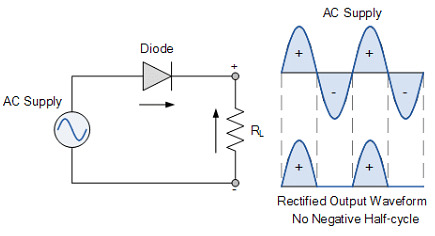 In practice, VDC would be slightly less due to the forward biased 0.7 volt voltage drop across the rectifying diode.

One of the main disadvantages of a single-phase half-wave rectifier is that there is no output during half of the available input sinusoidal waveform resulting in a low average value as we have seen. One way to overcome this is to use more diodes to produce a full-wave rectifier. 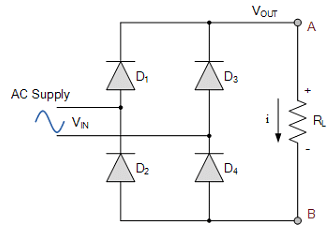 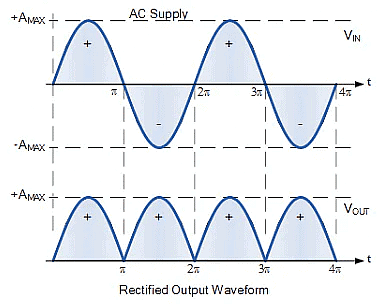 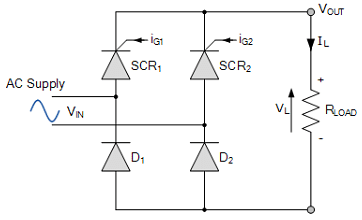 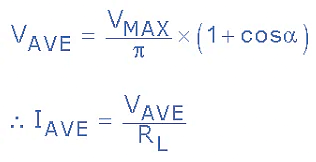 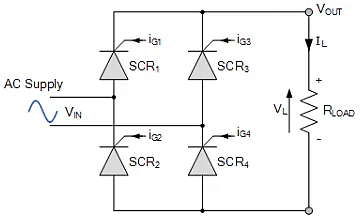 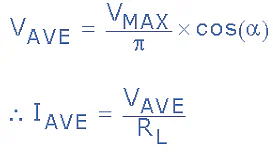