Two very important operations performed on the signals are Differentiation and Integration.

Differentiation of any signal x(t) means slope representation of that signal with respect to time. Mathematically, it is represented as;

In the case of OPAMP differentiation, this methodology is very helpful. We can easily differentiate a signal graphically rather than using the formula. However, the condition is that the signal must be either rectangular or triangular type, which happens in most cases.

Let the signal given to us be x(t) = 4[r(t) − r(t − 2)]. When this signal is plotted, it will look like the one on the left side of the figure given below. Now, our aim is to differentiate the given signal.

To start with, we will start differentiating the given equation. We know that the ramp signal after differentiation gives unit step signal.

So our resulting signal y(t) can be written as;

Now this signal is plotted finally, which is shown in the right hand side of the above figure. 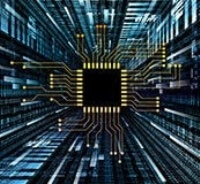