The document Division of The Himalayas UPSC Notes | EduRev is a part of UPSC category.
All you need of UPSC at this link: UPSC

Geographically, the entire Himalayan region can be divided into: Mountain ranges in the Himalayan

(a) THE SHIVALIK RANGEThese comprise the outermost range of Himalayas and hence known as the Outer Himalayas. It has southern steep slopes and assumes a hogback appearance.Its characteristic features include:

The range runs almost parallel to the lesser Himalayas to about 2400 km. The width varies from 50kms in Himachal Pradesh to 15kms in Arunachal Pradesh. It is almost unbroken in succession except for a gap of 80 - 90kms which is occupied by the valley of Tista river. Altitude: 600 - 1500 mts. 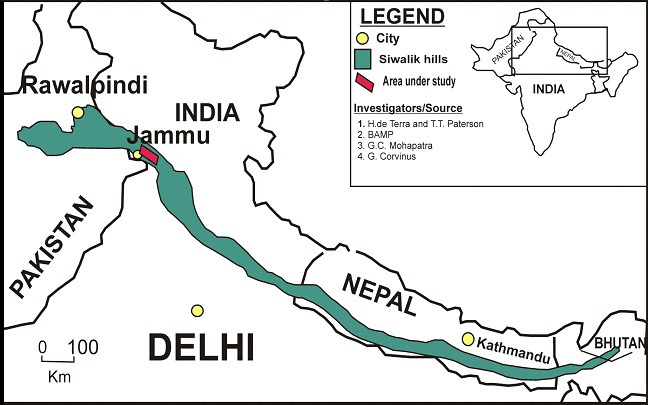 Different names of Shivalik are:

(b) THE MIDDLE OR LESSER HIMALAYA

Question 1:Abor, Mishmi and Dafla are the names that refer to which one of the following:
Explanation

Question 2:Which of the following is not a feature of the Middle Himalayas?
Explanation

The Middle Himalayas are heavily forested on the gentle northern slopes while the southern slopes are steep and bare.

FormationIt is formed of crystalline (granite and gneiss) and is overlain by metamorphosed sediments. The folds in the range are asymmetrical with a steep south slope and a gentle north slope giving it hogback topography. The mountain arc convex to the south terminates abruptly in the Nanga Parbat in the north-west and the Namcha Barwa in the north-east.

This mountain range boasts the tallest peaks in the world with the highest being Mount Everest (8850m). This range is formidable- it cannot be easily crossed even through the passes because they are generally higher than 4570m above sea level and snowbound for most of the year. 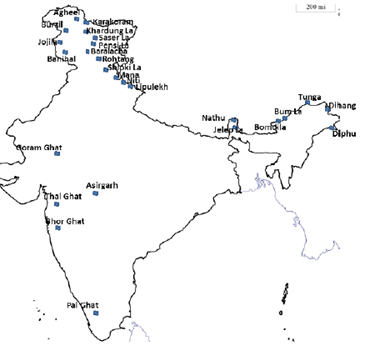 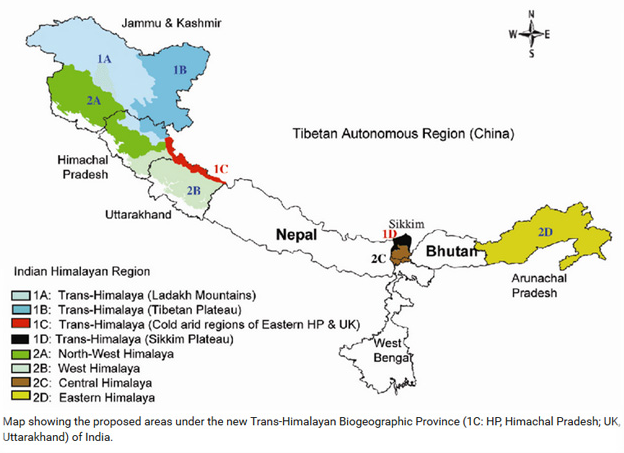 ➢ Main Ranges of Trans Himalaya(i) Zaskar Range: It branch off from the Great Himalayan Range and runs almost parallel to it. The Nanga Parbat forms its culmination in the north-west.(ii) Ladakh Range: This runs north of Zaskar Range and is parallel to it. It is about 300 km long and its average elevation is 5800 m above the sea level.(iii) Kailas Range: It is an offshoot of the Ladakh Range. Its average elevation is above 55000-6000 m above sea level. The highest peak is Mt. Kailash (6714m). River Indus originates from the northern slopes of the Kailash Range.(iv) Karakoram Range: The northernmost range of the Trans Himalayas is the Great Karakoram Range also known as Krishnagiri Range. It forms India’s frontier with Afghanistan and China and acts as the watershed between India and Turkistan. The average width of the range: 120-140 km. Average Elevation 5500m.

➢ The Ladakh Plateau lies to the north-east of the Karakoram Range. The average elevation: over 5000m above sea level and is the highest plateau of the Indian Union. It has been dissected into several plains and mountains.Some of the important ones are:

Question 3:K2/Godwin Austen is located in which of the following ranges?
Explanation

The northernmost of the Trans-Himalayan mountain ranges is the Karakoram Range followed by the Ladakh and then the Zaskar Range. The Kailas Range is the southernmost of these ranges.

3. THE EASTERN HILLS/ THE PURVANCHAL

Question 5:Which of the following hill ranges are not a part of the Himalayan mountain system?
Explanation

The Khasi Hills belong to the Meghalaya Plateau, which is in fact an extension of the Peninsular Plateau of India. Hence, the Khasi Hills are not considered a part of the Himalayan system.