The document Capacitor & Capacitance Notes | Study Physics For JEE - JEE is a part of the JEE Course Physics For JEE.
All you need of JEE at this link: JEE

What is a Capacitor?

How Does a Capacitor Work?

How do you Determine the Value of Capacitance? 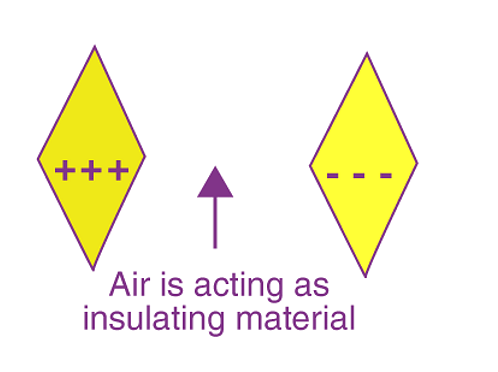 Energy Stored in a Capacitor

The basic unit of capacitance is Farad. But, Farad is a large unit for practical tasks. Hence, capacitance is usually measured in the sub-units of Farads such as micro-farads (µF) or pico-farads (pF).Most of the electrical and electronic applications are covered by the following standard unit (SI) prefixes for easy calculations:

1. Capacitance of a Parallel Plate Capacitor 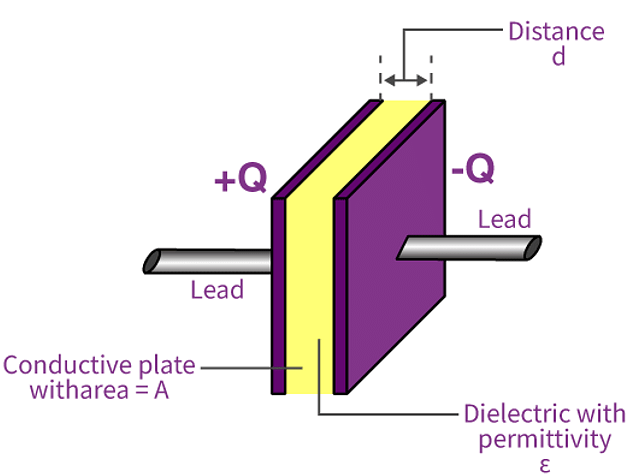 2. Capacitance of a Spherical Capacitor

➤ Area of the Plates

What are the Applications of Capacitors?

Area of the plates:

Q.3. What are Ultracapacitors? Ans. An ultracapacitor, also known as the supercapacitor, is a high-capacity capacitor with a capacitance value much higher than other capacitors, but with lower voltage limits.Q.4. How long does a capacitor last? Ans. Capacitors have a limited life span. Most capacitors are designed to last approximately 20 years.Q.5. What kind of energy is stored in a capacitor? Ans. Energy stored in a capacitor is electrical potential energy, and it is thus related to the charge Q and voltage V on the capacitor.Q.6. Why isn’t water used as a dielectric in a capacitor?Ans. Water has a high dielectric constant but a very low dielectric strength, hence it would act as a conductor and would leak charges through it.

The document Capacitor & Capacitance Notes | Study Physics For JEE - JEE is a part of the JEE Course Physics For JEE.
All you need of JEE at this link: JEE