What is Digital Electronics?

Digital electronics is defined as

Digital electronics or the digital circuit comprises various components that perform specific functions. These components are divided into two categories:

Though the digital system has noise-immunity and better storage it does have disadvantages too:

A digital circuit that allows a signal to pass through it, only when few logical relations are satisfied, is called a logic gate. 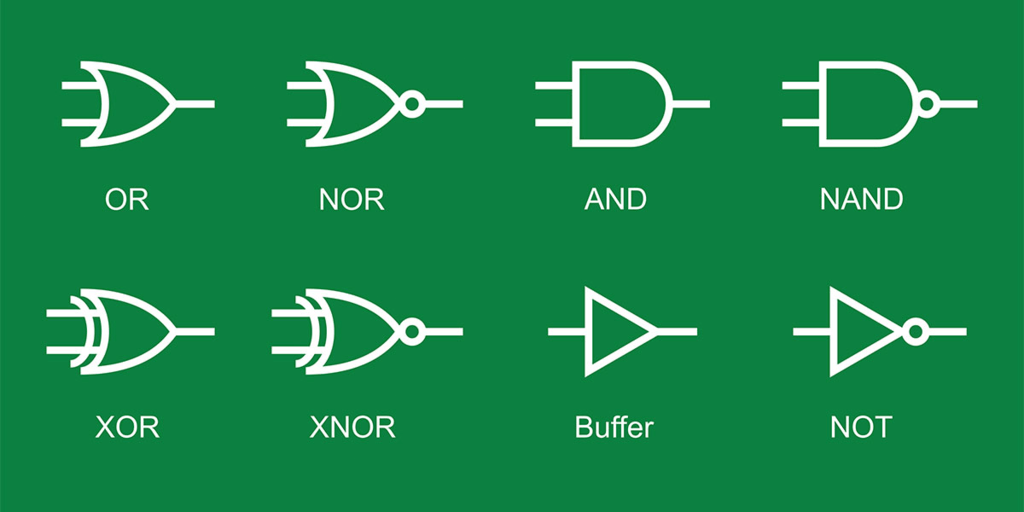 A table that shows all possible input and output combinations is called a truth table.

(i) OR Gate It is a two input and one output logic gate.

(iii) NOT Gate It is a one input and one output logic gate.

(i) NAND Gate When output of AND gate is applied as input to a NOT gate, then it is called a NAND gate.

(ii) NOR Gate When output of OR gate is applied as input to a NOT gate, then it is called a NOR gate.

The document Digital Electronics & Logic Gates - Notes | Study Physics Class 12 - NEET is a part of the NEET Course Physics Class 12.
All you need of NEET at this link: NEET
Attempt Now
Join Course