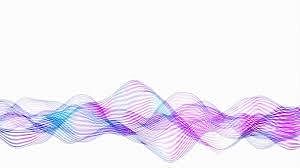 He concluded that as electromagnetic radiation have some associated mass or associated momentum, in the same way every moving particle of mass `m' and velocity `v' is associated with waves and these associated waves are known as matter waves or De Broglie's waves.

Experimental verification of De Broglie's hypothesis : Given by Davission and Germer.

They observed that a beam of electrons are diffracted by nickel crystal just like the x-rays. More over the wavelength of the electrons determined by the diffraction experiments are equal to the values calculated from De Broglie's relationship.

According to De Broglie, moving electron is associated with waves must be completely in phase and therefore, only those orbits are possible where circumference of the orbit is integral multiple of λ i.e.

From the above expression it can be commented that

no of waves in a shell waves = shell no.

Calculation of De Broglie wavelength if K.E. of the particle is E

If a charge particle at rest (having charge `q') is accelerated by potential difference'V' volt then, 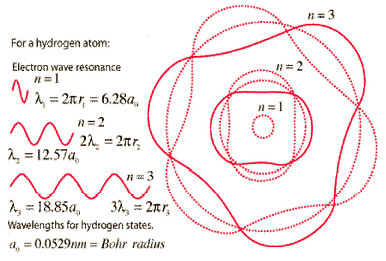 Wave mechanical model of an Atom:

Where , E = total energy of electron

U = potential energy of electron

and y = wave function of electron = amplitude of matter wave.

Schordinger equation can be solved completely for hydrogen atom and hydrogen-like species like He , Li2 .

Since, H-atom possess spherical symmetry, it is easier to solve Schrodinger equation if it is represented in polar coordinate.

When Schrodinger equation in polar coordinate is solved for H-atom then the solution obtained can be expressed as:

It is also known as atomic orbitals. It is a mathematical function whose value depends on coordinates of electron in an atom. It may be ve or -ve depending upon value of coordinates and it has no physical significance.

According to electromagnetic wave theory, intensity of light is proportional to square of amplitude. In the same way  gives an idea of intensity of electron wave i.e. probability of finding electron at that point.

The document Dual Nature of Matter & Heisenberg's Uncertainty Principle Notes | Study Chemistry for JEE - JEE is a part of the JEE Course Chemistry for JEE.
All you need of JEE at this link: JEE
Join Course