The document Early Experiments on Photosynthesis Notes | Study Biology Class 11 - NEET is a part of the NEET Course Biology Class 11.
All you need of NEET at this link: NEET

Photosynthesis is a photochemical process in which the light energy absorbed by the plants is converted into chemical energy to produce oxygen. However the process existed for ages, but it was discovered only in 1800. A number of scientists conducted several experiments to prove the existence of photosynthesis. 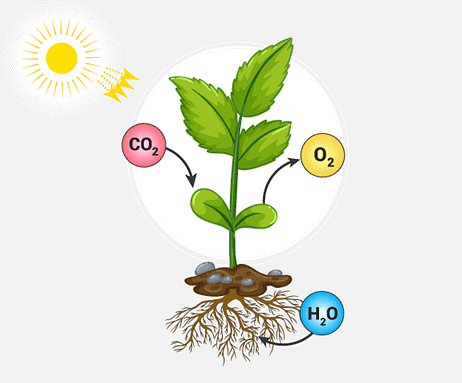 Photosynthesis Discovery: Early ExperimentsPhotosynthesis requires raw materials like water, carbon dioxide and cellular component like plastids. Plants utilize these raw materials to synthesize carbohydrates only in the presence of light. These key features of photosynthesis were revealed during the mid-nineteenth century.Below mentioned are the experiments that were conducted by the early scientists in support of photosynthesis.1. Experiment to Prove Carbon dioxide is essential for PhotosynthesisMaterials required: A healthy potted plant, a wide-mouthed glass bottle with a split cork, potassium hydroxide solution (KOH), and starch solution.Experiment:

Conclusion: In this experiment, we can conclude that carbon dioxide is essential for photosynthesis. Both the portion of leaf received the same amount of water, chloroplasts, and sunlight but the half part which was inside the glass bottle did not receive carbon dioxide. 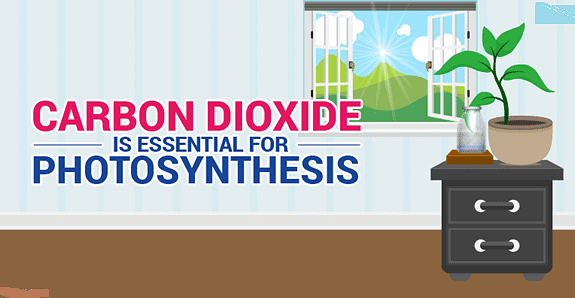 Later, many improvised experiments were conducted by scientists to analyze the essential components for photosynthesis. Joseph Priestley (1733-1804) was amongst the first to carry out these experiments.

2. Experiment by Joseph PriestleyIn 1770, after a series of experiments, Joseph Priestley came to a conclusion regarding the essentiality of air for photosynthesis and also for the growth of plants.Materials required: A bell jar, candle, rat, and a plant.Experiment:

But it took another few years to reveal what was exactly released by the plant to keep the rat alive and the candle burning.3. Other ExperimentsFollowed by Priestley, Jan Ingenhousz conducted experiments using the same set-up and showed that sunlight is essential for plants to reinstate the air that was spoiled by the candle or rat.Jean Senebier demonstrated that plants absorb carbon dioxide and release oxygen during photosynthesis.Julius Robert Mayer proposed that plants convert light energy into chemical energy. Later, the experiments by Julius von Sachs revealed that glucose was produced by plants.T.W Engelmann discovered the role of chlorophylls and Cornelius van Niel uncovered that the release of oxygen by plants is from water (H2O), not from carbon dioxide. he also gave the general photosynthesis equation.By the mid-nineteenth century, scientists outlined the process of photosynthesis. They concluded that light is essential for photosynthesis, and plants use carbon dioxide and water for the preparation of glucose (carbohydrate), where water molecules are the hydrogen donors and oxygen (O2) is the by-product of this biological process.

The document Early Experiments on Photosynthesis Notes | Study Biology Class 11 - NEET is a part of the NEET Course Biology Class 11.
All you need of NEET at this link: NEET