Inland Waterways Opportunities, Challenges & StrategiesIndia has approximately 14,500 km of navigable waterways which comprise of rivers, canals, backwaters, creeks, etc. Navigable waterways are a fuel-efficient, environment friendly and cost-effective mode of transport. Despite the inherent advantages, the share of Inland waterway transport (IWT) in India is currently estimated to be only around 2% in comparison to 35% in Bangladesh and 20% in Germany.

Constraints and StrategiesIndia has increased the modal share of cargo from 0.5% to 2% and has witnessed 20% year-on-year growth in cargo volumes over the last 5 years. However, the share of IWT has remained quite lower at 2% in comparison to 35% in Bangladesh and 20% in Germany. 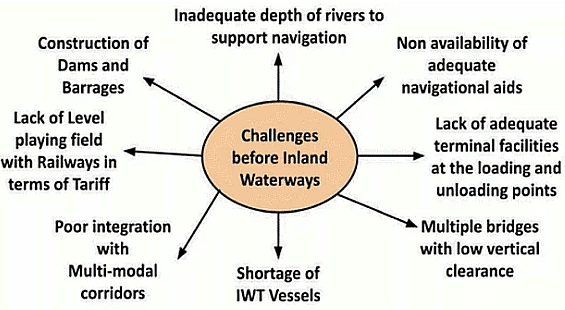 The inland waterways are cost-effective, fuel-efficient, and safe and secure mode of transportation for goods and passenger. Going forward, Government's initiatives must be implemented efficiently to realise full potential of Inland water transport. 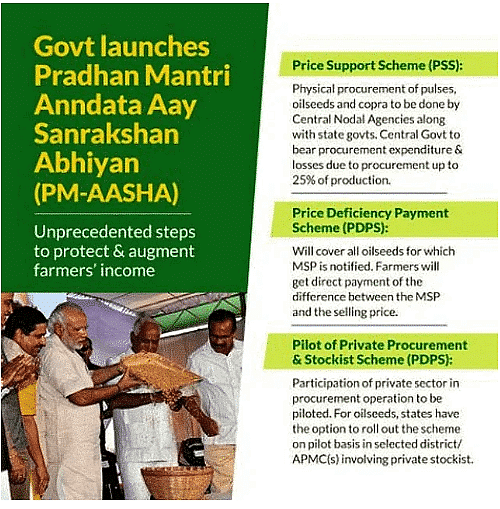 Soil has all the necessary nutrients which could be made available through the intermediation of microorganisms; Against chemical fertilizers; low cost, low level of inputs and limited reliance on externally purchased inputs.

Government's Initiatives to Promote ZBNFUnder the RKVY-RAFTAAR and Paramparagat Krishi Vikas Yojana, States have been allowed to use certain percentage of funds to promote the ZBNF. 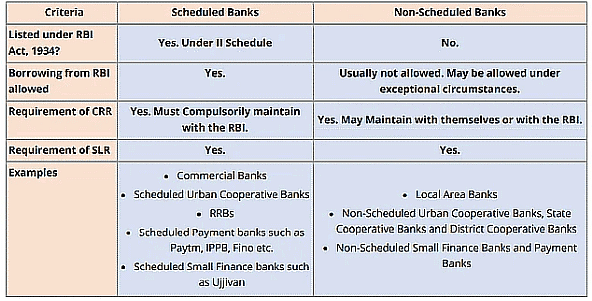 MGNREGA:Context: As per the latest economic survey:

About MGNREGA: The scheme was introduced in 2005 as a social measure that guarantees “the right to work”.

The following are the eligibility criteria for receiving the benefits under MGNREGA scheme:

Implementation of the scheme:

Now, highlights of the 2022 budget: Total spending and Focus:

Few observations about the State of the economy:

What's in the budget for infrastructure development?

Healthcare The health sector has been allocated Rs 86,200.65 crore in the Union Budget.

Context: The government has said that it plans to prepare digital maps of all its 6,00,000 villages and pan-India 3D maps will be prepared for 100 cities under SVAMITVA scheme.

Benefits of the scheme:

Context: India signed an agreement with the United Nation’s World Food Programme (WFP) for the distribution of 50,000 MT of wheat that it has committed to sending Afghanistan as part of a humanitarian assistance.

What is UN WFP? The World Food Programme (WFP) is the food assistance branch of the United Nations and the world’s largest humanitarian organization addressing hunger and promoting food security. Born in 1961, the WFP strives to eradicate hunger and malnutrition, with the ultimate goal in mind of eliminating the need for food aid itself. It is a member of the United Nations Development Group and part of its Executive Committee.

Context: The Pradhan Mantri Fasal Bima Yojana (PMFBY) has successfully entered its seventh year of implementation with the upcoming Kharif 2022 season, completing six years of its implementation since its announcement on 18 February 2016.

What is Unified Payments Interface (UPI)?