The document Ecosystem and Food Chain Class 10 Notes | EduRev is a part of the Class 10 Course Science Class 10.
All you need of Class 10 at this link: Class 10

What is the Environment?

Everything which surrounds and influences the organism directly or indirectly is included in the environment.

The environment is the sum total of all living and non-living factor that surround and influence an organism. 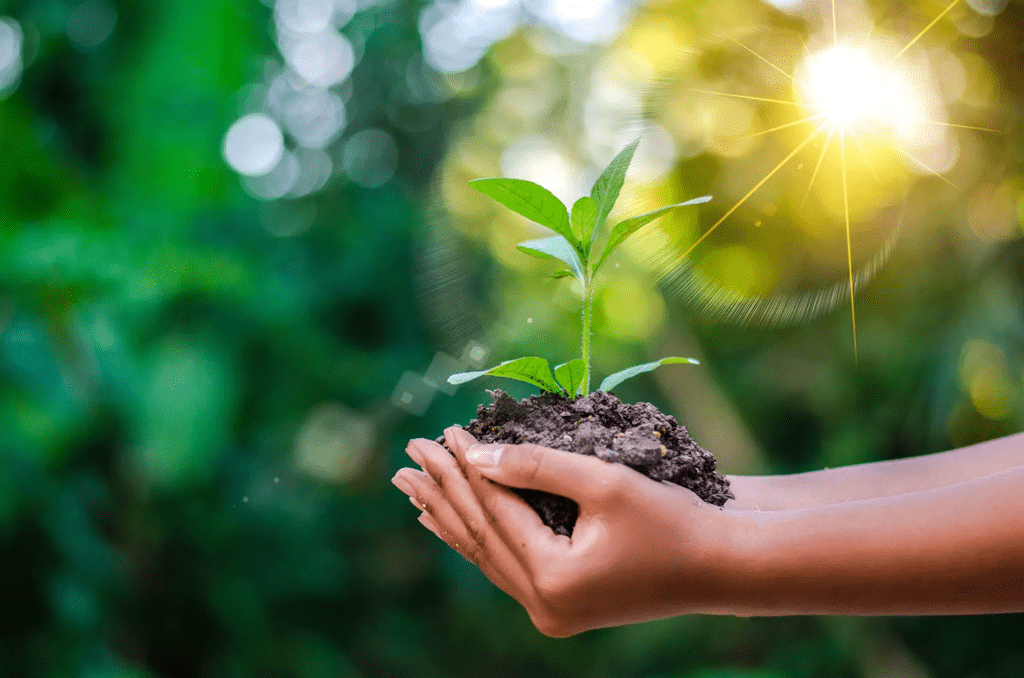 The word Environment is derived from the French word “Environ” which meaning “surrounding.”

The components of the environment are mainly divided into two categories: What is an Ecosystem?

An ecosystem is defined as a community of lifeforms in concurrence with non-living components, interacting with each other.

According to Eugene P. Odum:

Ecosystem is the basic unit of ecology and the biotic and abiotic components present in it influence each other. Both the components are essential for the sustenance of life.

In the biosphere, the ecosystem may be classified on the basis of its nature, duration and size:

There are two main types of ecosystem on the basis of their nature:

There are two types of ecosystem on the basis of duration:

There are two types of ecosystem on the basis of size:

Structure of the Ecosystem

The structure of an ecosystem is characterised by the organisation of both biotic and abiotic components. This includes the distribution of energy in our environment. It also includes the climatic conditions prevailing in that particular environment.

The structure of an ecosystem can be split into two main components, namely:

The biotic and abiotic components are interrelated in an ecosystem. It is an open system where the energy and components can flow throughout the boundaries.

Biotic components refer to all life in an ecosystem.

Based on nutrition, biotic components can be categorised into autotrophs, heterotrophs and saprotrophs (or decomposers).

1. Producers include all autotrophs such as plants. They are called autotrophs as they can produce food through the process of photosynthesis. Consequently, all other organisms higher up on the food chain rely on producers for food.

3. Decomposers include saprophytes such as fungi and bacteria. They directly thrive on the dead and decaying organic matter.  Decomposers are essential for the ecosystem as they help in recycling nutrients to be reused by plants.

Abiotic components are the non-living component of an ecosystem.

Parasites : These organisms live on or inside the body of other organisms to obtain their food e.g._ Escherichia coli (bacteria) tapeworm.

Detritivorous : These are organisms which feed on detritus (dead remains of plants & animals)

They are also called as scavengers

What is Food Chain? There are two types of food chains, namely the detritus food chain and the grazing food chain.

The significance of food chains can be seen with the help of the following functions:-

What are Trophic levels?

The distinct sequential steps in the food chain where the transfer of energy occurs are referred to as different trophic levels. 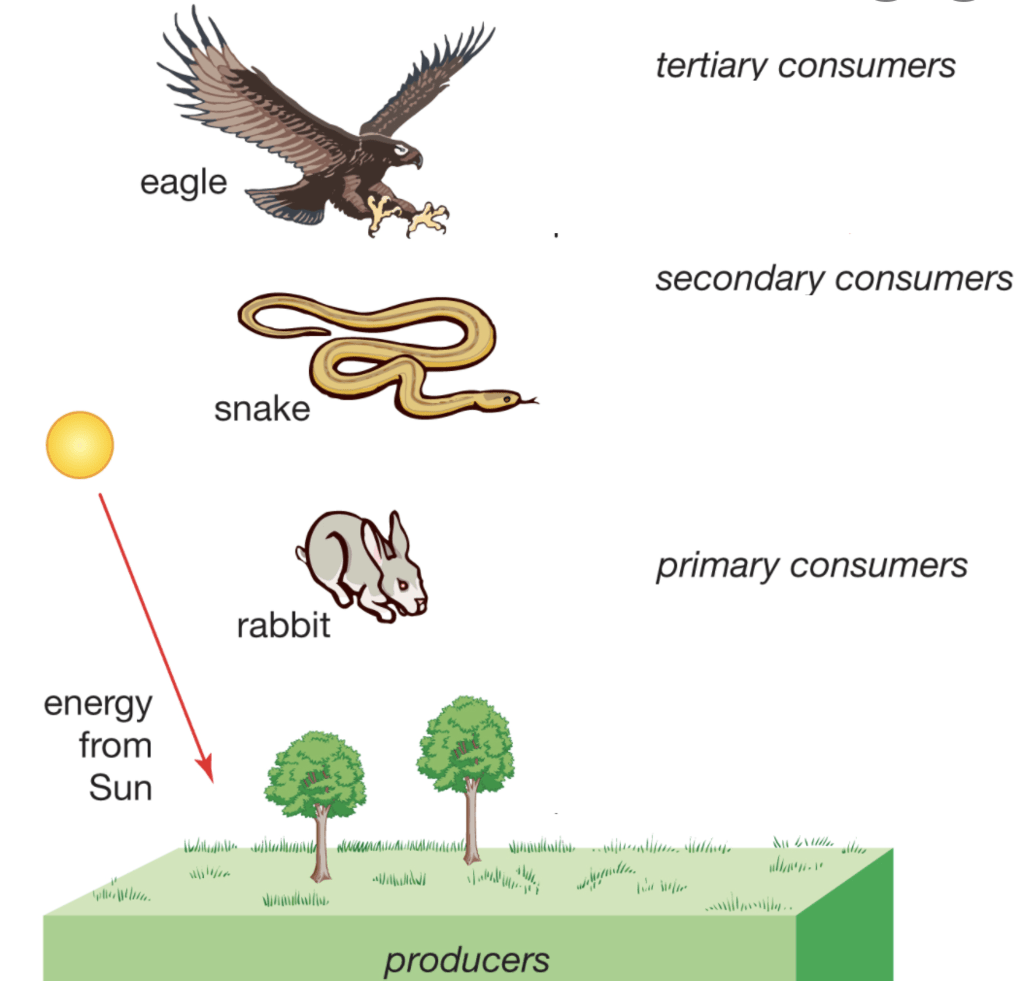 What is the Food Web?

The inter-connected food chains operating in an ecosystem that establish a network of relationships between various species is called a food web.

The network of a large number of food chains existing in an ecosystem is called a food web. 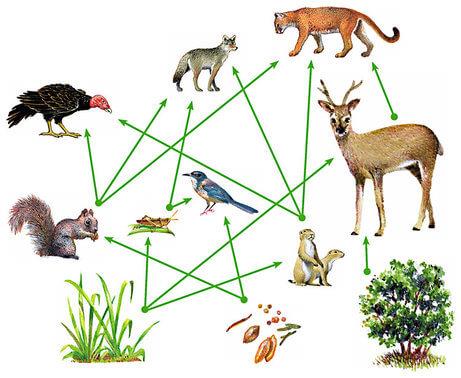 What is the Ten Percent law?

Try yourself:Which of the following statements about food chain and energy flow through ecosystem is false?
Explanation

Flow (Transfer) of energy in an ecosystem

Each organism needs the energy to carry on vital activities, and for building up and repairing the body tissues. 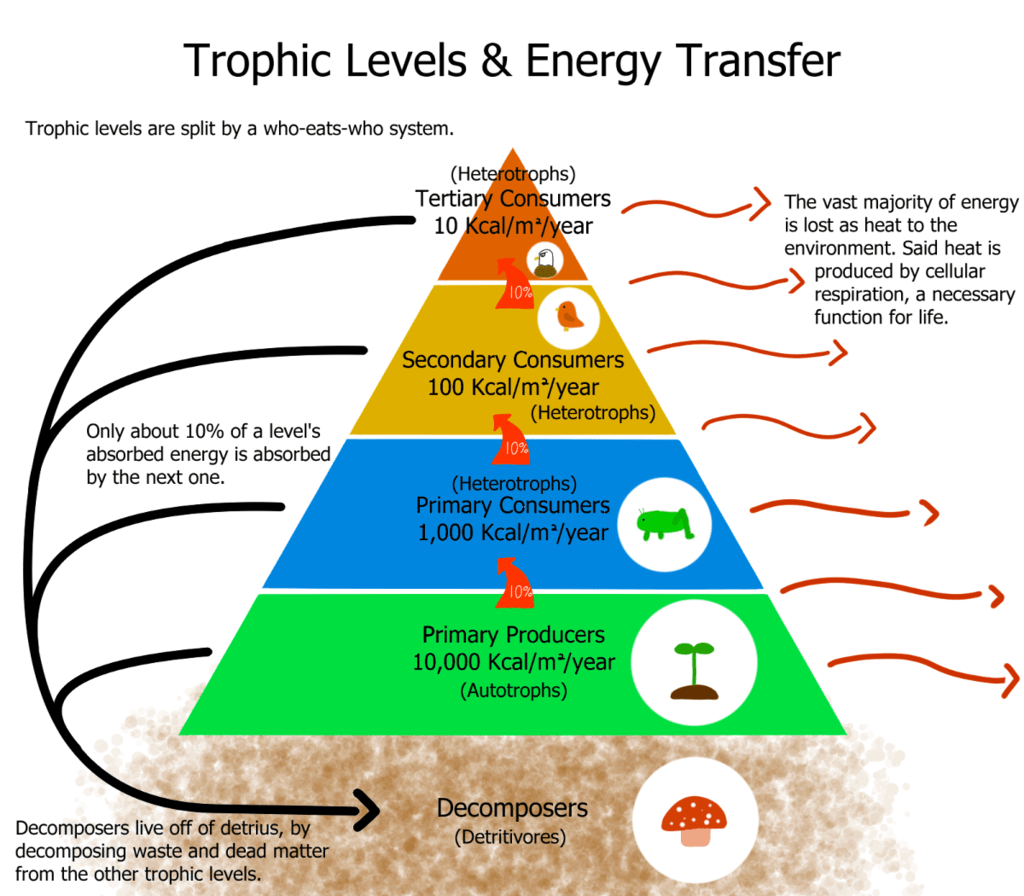