What is Electric Charge?

Electric charge is the basic physical property of matter that causes it to experience a force when kept in an electric or magnetic field. 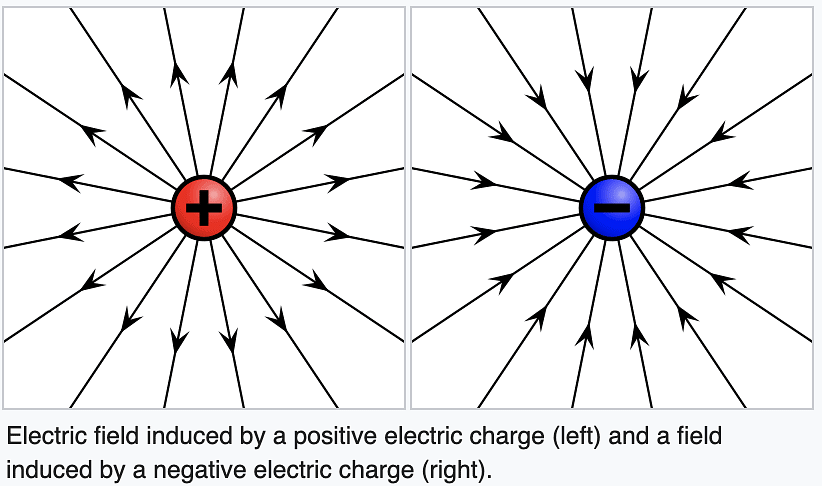 Two kinds of electric charges are there:

Positive Charge: When an object has a positive charge it means that it has more protons than electrons.

Negative Charge: When an object has a negative charge it means that it has more electrons than protons.

When there is an identical number of positive and negative charges, the negative and positive charges would cancel out each other and the object would become neutral.

Question for Introduction to Electric Charges
Try yourself:If a body has positive charge on it, then it means it has
Explanation

A body will become positively charged when some electrons will come out from the body. Thus, the positive charge is due to a loss of electrons.

Is Electric Charge a Vector Quantity?

How to measure an Electric charge?

The electric charge is measured using a coulomb.

“One coulomb is the quantity of charge transferred in one second.”

Mathematically, the definition of a coulomb is represented as:

A charge is a derived physical quantity. The charge is measured in coulomb in the S.I. unit.

In practice we use:

1. Like charges repel each other and unlike charges attract each other. (As Electric Charge comes in two varieties, which are called “plus” and “minus”.) 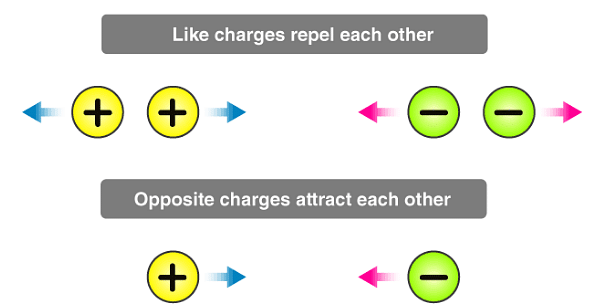 4. Charge is always conserved: In an isolated system, the total charge (sum of positive and negative) remains constant whatever charge transfer takes place in the system internally. It is called the principle of charge conservation. 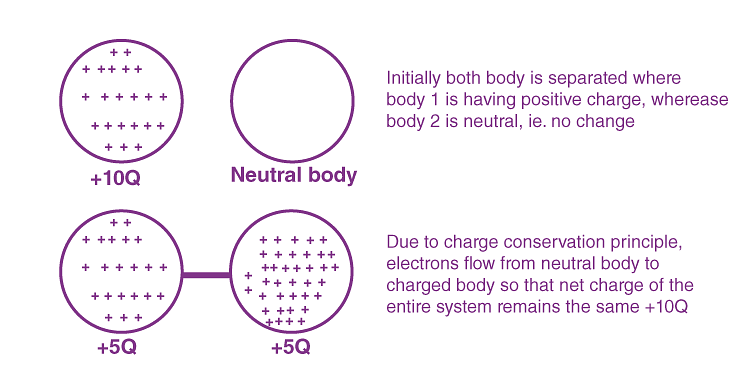 5. Charge is quantized: Charge on anybody always exists in integral multiples of a fundamental unit of electric charge. This unit is equal to the magnitude of the charge on one electron (1e = 1.6 × 10-19 C). So charge on anybody Q = ± ne, where n is an integer and e is the charge on a single electron. This was proved by Millikan's oil drop experiment.

7. Charge is relativistically invariant: This means that charge is independent of the frame of reference, i.e., the charge on a body does not change whatever be its speed. This property is worth mentioning as in contrast to charge, the mass of a body depends on its speed and increases with an increase in speed. You will be exposed to this property later when you will learn The Special Theory of Relativity.

From the above relation, balls a and e both have the same charge but in question pair (a, e) shows attraction which is not possible.
Therefore ball must be uncharged.

The comb attracting small pieces of paper with static electricity

What is Static Electricity?

Q.1. Why have we defined only two types of charges? Why not three or more?

(b) When two, unlike charges, are brought together?

(a) When two like charges are brought together, they repel each other with an electrostatic force.

(b) When two, unlike charges, are brought together, they attract each other with an electrostatic force.

Q.3. What does neutral in electric charge mean?

Neutral does not refer to any third type of charge. It is the absence of any excess or deficiency of electrons in a body, i.e. the number of electrons = number of protons.

Q.4. Does the mass of the body get affected while charging?

Q.5. Two identical metallic spheres of exactly equal masses are taken. One is given positive charge q coulombs and the other an equal negative charge. Are their masses after charging equal?

Q.6. During a nuclear reaction, what happens to electric charge?

Q.7. Explain the statement: ‘For a body, an electric charge is quantized.

Considering a particular body, ‘electric charge is quantized’ refers to the number of electrons which can be transferred from that body to another. It should be noted that charges don’t get transported in fractions. Therefore, the overall charge on a body is simply an integral multiple of charge on an electron.

The document Introduction to Electric Charges Notes | Study Physics For JEE - JEE is a part of the JEE Course Physics For JEE.
All you need of JEE at this link: JEE
Join Course