The document Elevation In Boiling Point Notes | EduRev is a part of the Class 12 Course Chemistry Class 12.
All you need of Class 12 at this link: Class 12

SECOND COLLIGATIVE PROPERTYElevation in Boiling PointWhen a liquid boils, at a constant temperature the molecules of the liquid are converted into vapours, from any part of the liquid. It is different from evaporation because in evaporation the liquid converts to the vapour state only from the surface, while in boiling it does so from the bulk of the liquid also. 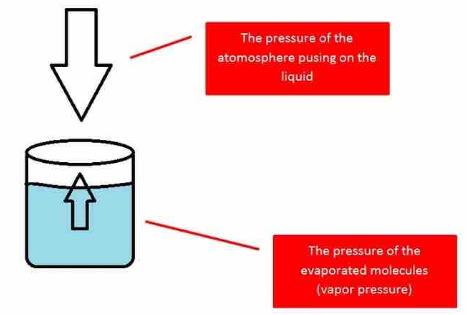 Fig: When the pressure of the vapor equals the atmospheric pressure, the liquid will boil. 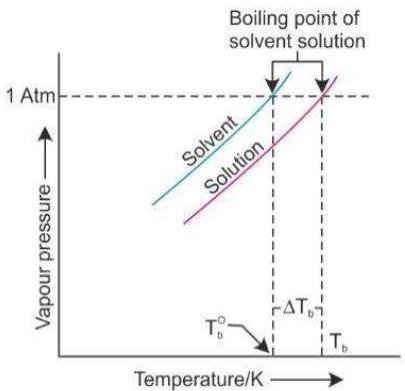