The document Exogenetic Forces Notes | EduRev is a part of the UPSC Course Geography for UPSC CSE.
All you need of UPSC at this link: UPSC

There are three major groups of weathering processes:

Various mechanisms of mechanical weathering are explained below.

Exfoliation due to pressure release or unloading

Exfoliation due to thermal stress weathering 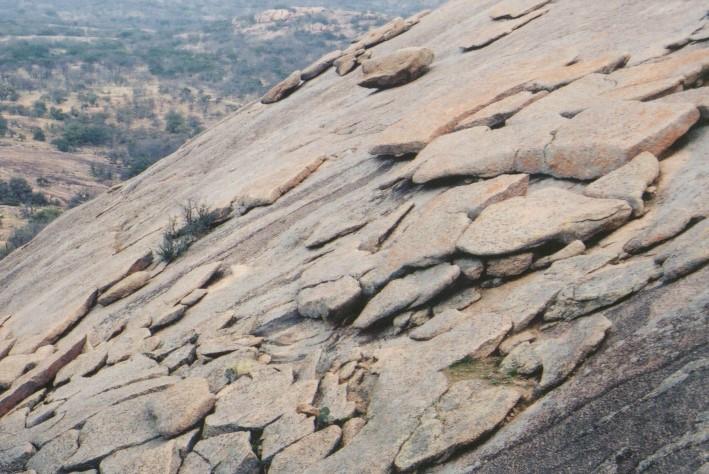 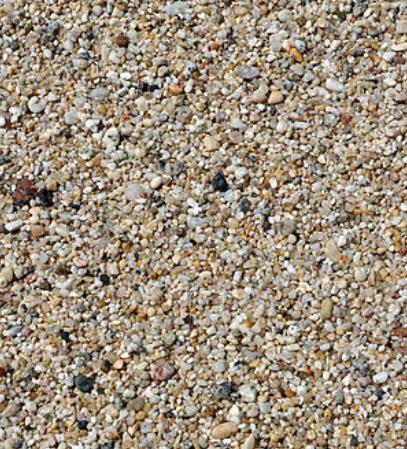 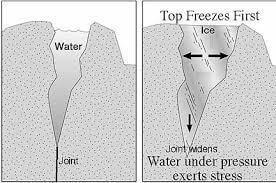 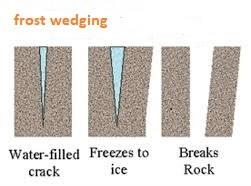 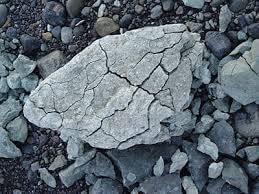 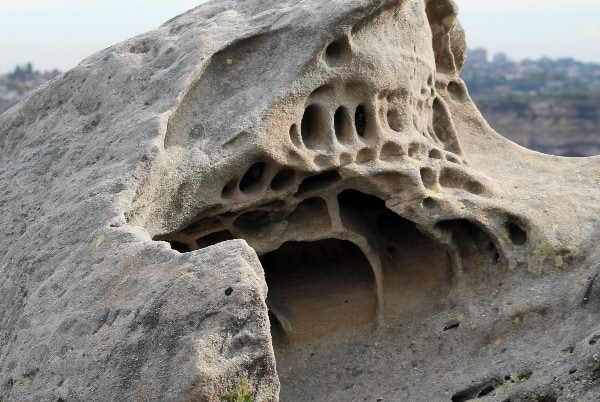 Try yourself:Which of the following is a not a Chemical weathering Agent?
Explanation

Leaching, oxidation, reduction and hydration are the chemical agents. Heat and Pressure are physical agents of weathering. 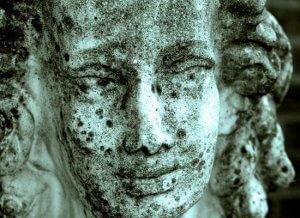 ➤ There are several types of Chemical Weathering:

Biological weathering is the weakening and subsequent disintegration of rock by plants, animals, and microbes. It can occur due to physical stress like penetration of plant’s roots, the physical impact of the animal's hooves, etc. or due to chemical changes caused by them like the action of worms, lichens, etc. 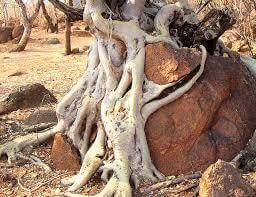 Mass wasting, also known as slope movement or mass movement, is the geomorphic process by which soil, sand, regolith, and rock move downslope typically as a mass, largely under the force of gravity, but frequently affected by water and water content as in submarine environments and mudflows.

A landslide is the movement of rock, debris or earth down a slope. They result from the failure of the materials that make up the hill slope and are driven by gravity. Landslides are also known as landslips, slumps or slope failure.

Many methods are used to remedy landslide problems. The best solution, of course, is to avoid landslide-prone areas altogether.

Listed below are some common remedial methods used when landslide-prone slopes cannot be avoided.

Excavating the head: Removing the soil and rock at the head of the landslide decreases the

driving pressure and can slow or stop a landslide. Additional soil and rock above the landslide will need to be removed to prevent a new landslide from forming upslope. Flattening the slope angle at the top of the hill can help stabilize landslide-prone slopes.

Buttressing the toe: If the toe of the landslide is at the base of the slope, the fill can be placed over the toe and along the slope's base. The fill increases the resisting forces along the failure surface in the toe area. This, in turn, blocks the material in the head from moving toward the toe.

Constructing piles and retaining walls: Piles are metal beams driven into the soil or placed in drill holes. Properly placed piles should extend into a competent rock layer below the landslide. Wooden beams and telephone poles are not recommended for use as piles because they lack strength and rot.

Removal and replacement: Landslide-prone soil and rock can be removed and replaced with stronger materials, such as silty or sandy soils.

Preserving vegetation: Trees, grasses, and vegetation can minimize the amount of water infiltrating into the soil, slow the erosion caused by surface-water flow, and remove water from the soil.

Rockfall protection: Rockfalls are contained by (1) ditches at the base of the rock exposure, (2) heavy-duty fences, and (3) concrete catch walls that slow errant boulders that have broken free from the rock outcrop.

Erosion is the act in which earth is worn away, often by water, wind, or ice. It is an ex-situ process where an external agent is involved. The fragments break because of external impact, i.e. kinetic energy, unlike weathering where only gravity is involved.

The rocks are broken at one place, and the broken particles are carried by the agents to far distances and are deposited.

It is the most destructive process shaping the tertiary reliefs.

There are broadly five agents which cause erosion and carve distinct landforms: