The document Expected Questions with Answers (Part - 1), Economy Traditional UPSC Notes | EduRev is a part of the UPSC Course Indian Economy for UPSC CSE.
All you need of UPSC at this link: UPSC

Question: 1. The emphasis in the Seventh Plan was on________ Ans: Food, work and productivityQuestion: 2. The basic objectives of Indian Planning are________ Ans: Economic Growth, Self-reliance and Employment generationQuestion: 3. The National Development Council is mainly concerned with________ Ans: Approval of five-year plans 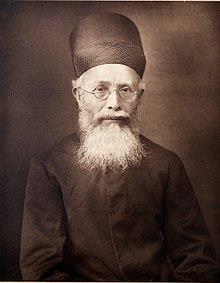 InflationQuestion: 25. The price rise in India has been a continuous phenomenon since________ Ans: 1939Question: 26. In India the inflation is measured by________ Ans: WPIQuestion: 27. What is meant by white Lebel ATM? Ans: ATM installed by non-banking companies.Question: 28. The third oil shock occurred in________ Ans: 1990-91Question: 29. The land ceiling legislation was actually introduced by the state Government during the________ Ans: Second PlanQuestion: 30. When was National Banboo Mission Commissioned? Ans: 2006Question: 31. Land Development Banks provide Credit to farmers for________ Ans: Long-term needsQuestion: 32. The ARDC which was established in 1963 was concerned with________ Ans: Agricultural financeQuestion: 33. The ARDC has now been taken over by________ Ans: NABARD NABARD symbol Question: 34. The new name of Agricultural Prices Commission which was set up in 1965 is________ Ans: Commission for Agricultural Costs and PricesQuestion: 35. The ratio of cultivable area to the total geographical area of the country is approx________ Ans: 56.53%Question: 36. The Industrial Policy which first expressed the concept of a mixed economy for India came in________ Ans: 1948Question: 37. Capital-intensive industries cause________ Ans: Vast employment opportunitiesQuestion: 38. Which financial institution (other than commercial banks) in India finances industries to the maximum extent? Ans: IDBIQuestion: 39. The industrial policy statement 1980 aimed at________ Ans: Optional utilization of the installed capacity, Providing additional employment, Maximizing productionQuestion: 40. The industrial licensing policy inquiry committee which submitted its report in 1969 is popularly known as the________ Ans: Dutt CommitteeQuestion: 41. The major thrust of the new industrial policy announced on May 31, 1990 was to pro-mote________ Ans: Small scale and agro-based industriesQuestion: 42. The Industrial Policy announced on May 31, 1990 raised the investment limit for small scale sector from Rs 35 lakh to Rs.________ Ans: 60 lakhQuestion: 43. The number of industries reserved for the public sector has been reduced by the July 91 Industrial Policy from 18 to________ Ans: 8Question: 44. During 1991-92 the manufacturing sector witnessed a growth rate of________over the previous year. Ans: –1.6Question: 45. The stagnation during 1991-92 in industrial production was due to________ Ans: Mining and manufacturing sectorsQuestion: 46. The textile industry is the largest industry in the country accounted for about________ per cent of the total industrial output. Ans: 20 Textile industryQuestion: 47. The Board for Industrial and Financial Reconstruction (BIFR) was set up in ________under the Sick Industrial Companies (Special Provisions) Act, 1985 to revise potentially viable sick industrial companies or to recommend the closure of totally non-viable companies. Ans: January 1987Question: 48. The functions of the Reserve Bank of India are________ Ans: Formulating monetary policy and distributing all notes and coins except one rupee.Question: 49. Zero Landless Project has been launched in _____ Ans: KeralaQuestion: 50. NABARD was established in________ Ans: 1982