Rice (Oryza sativa)Rice is the staple food crop of India. India has 29 percent of world’s total area under rice. It contributes one-third of the world’s rice produce and is only next to China. It occupies 23 percent of our total cropped area. 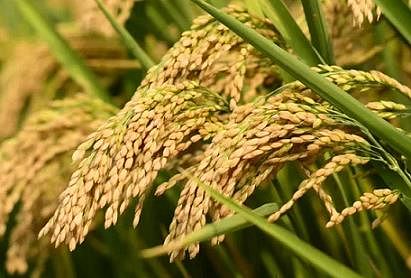 Wheat (Triticum)In respect of total cropped area and production, wheat is the second most important crop of the country after rice. It occupies 13% of the gross cropped area. Wheat is a rabi or winter crop. It grows best in cool, moist climate and ripens in a warm dry climate. It is grown in areas whose annual rainfall is between 50-75 cm and where some moisture or irrigation water is available in its winter growing season. The crop is therefore avoided in too warm winters of south and generally too humid conditions of eastern parts of India. 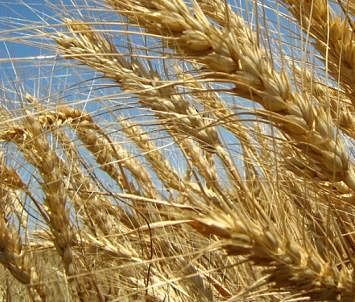 Wheat is mainly a crop or north-western India including the Punjab, Haryana, Western Uttar Pradesh, particularly the Ganga-Yamuna Doab and the Gomati-Ganga Doab, and some parts of Rajasthan and Gujarat, 72 percent of the total wheat production of the country comes from Uttar Pradesh, Punjab and Haryana alone. Timely winter rains from western disturbances as observed in north-western India are conducive for higher yields. The production of wheat is being increased under high yielding variety program and by increasing areas under irrigation and efficient use of fertilisers. Some of the important high yielding varieties of wheat are Lerma Rajo 64A, Sonalika, Kalyan Sona, Safed Lerma, Sharbati Sonora, Sonora 64, etc. 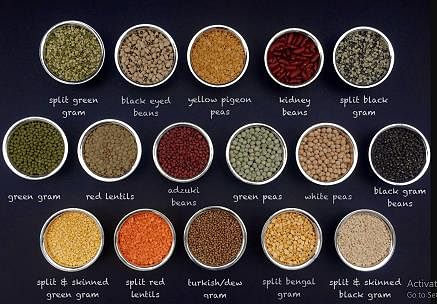 Organic FarmingOrganic farming is a system in which the maintenance of soil fertility and the control of pests and diseases are achieved through the enhancement of biological processes and ecological interaction. In organic farming, oilcakes and oilmeals play a key role as natural fertilisers. Rapeseed and mustard, neem, castor, mahua, karanja and linseed cakes are commonly used as organic nitrogenous fertilisers. In tune with the latest trend of organic farming, the Government launched a National Programme for Organic Production and Farming in 2000. 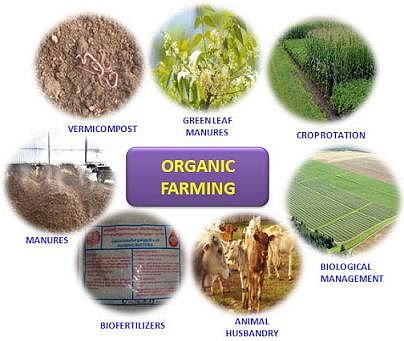 Advantages: The advantages of organic farming are many, but the following deserve mention :1. Organic fertilisers provide readily available plant nutrient in a concentrated form and generally they do not have any significant effect on the physical properties of soil; and2. Organic manures are low in nutrients but play a vital role in the improvement of physical, physicochemical and biological soil properties.
Methods and practices
The document Food Crops - Geography Notes | Study Geography for UPSC CSE - UPSC is a part of the UPSC Course Geography for UPSC CSE.
All you need of UPSC at this link: UPSC