What are the Fundamental Forces?

Two principle types of approaches in physics are:

Following are the four fundamental forces in nature: 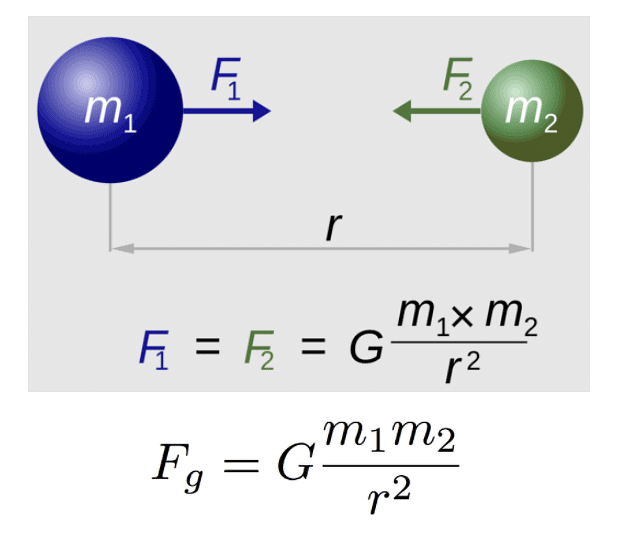 Have you wondered why is the universe not filled with floating human beings and cows and cars and other such things?

Obviously, because the gravitational force of the earth holds us to the planet. Gravitational force is the force responsible for holding planets in their orbits and this is possible only because of their infinitely long range.

Did you know that you have never truly ever touched anything in the world?

You are matter, and we know that all matter is made up of atoms. Atoms in turn has a dense nucleus, protons, neutron and electrons.

And where are these electrons?

They occupy the outermost layer of an atom.

Now, what is the charge on electrons?

They have negative charges. 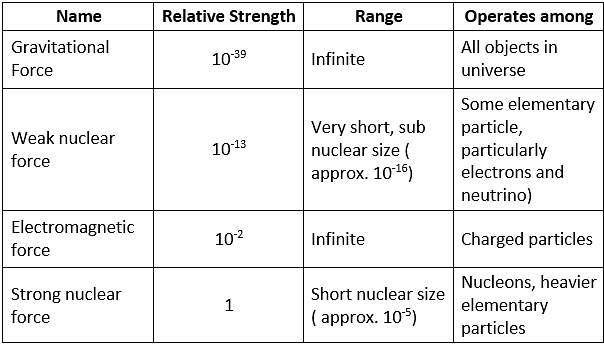 Unification of Forces
Question for Fundamental Forces in Nature
Try yourself:The weakest of the four fundamental forces is:
Explanation

Gravity is the weakest of the four fundamental forces.

Ordered from strongest to weakest, the forces are

Gravitational forces are only attractive; electrical forces can be either attractive or repulsive.

View Solution
The document Fundamental Forces in Nature - Notes | Study Physics Class 11 - NEET is a part of the NEET Course Physics Class 11.
All you need of NEET at this link: NEET
Attempt Now
Join Course