The document Geography of Europe Notes | EduRev is a part of the UPSC Course Geography for UPSC (Civil Services) Prelims.
All you need of UPSC at this link: UPSC
EUROPE

Europe is the second smallest continent, the smallest being Australia. Its area, including the islands around the coast, is about 10 million square kilometers.

It is roughly three times the size of India and smaller than China. 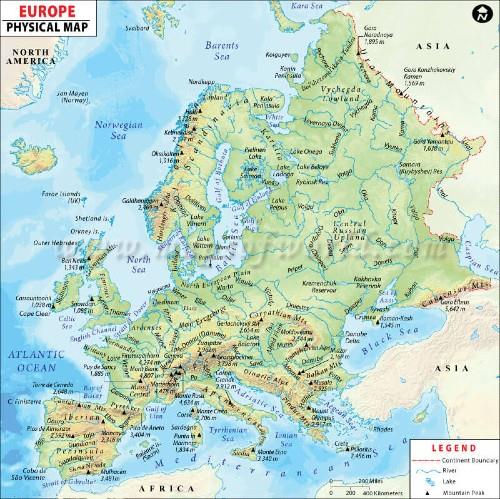 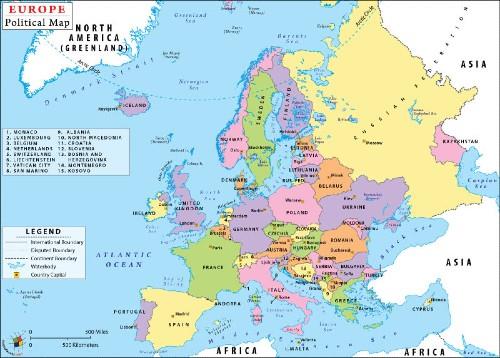 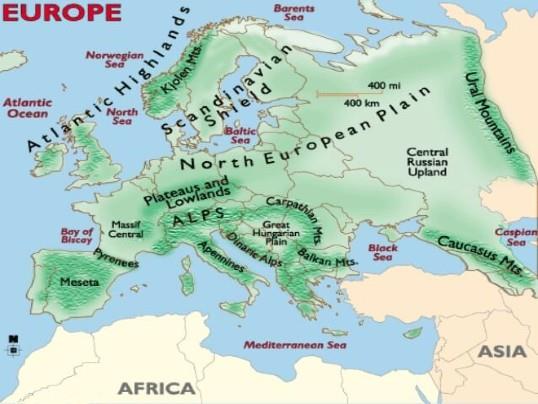 Western UplandIt is also known as the Northern Highlands, delineate the western edge of Europe and define the physical landscape of Scandinavia (Norway, Sweden, and Denmark), Finland, Iceland, Scotland, Ireland, the Brittany region of France, Spain, and Portugal.

These landforms are result of glaciations of hard rock in the ancient times. Distinct physical features such as marshlands, lakes, and fjords have been emerged with the recession of glaciers form the highland areas.

The famous Norwegian Fjords which are Lyse fjord, the Geiranger fjord.

North European PlainIt is the extensive low land spread along the bank of various mighty rivers such as Rhine, Weser, Elbe, Oder, and Vistula. These river valleys are favorable for growing seasonal crops.

It covers all most half of Europe. Bordered by Baltican White sea from north and Black and Azov from the south the plain is gradually narrowed down towards the west.

The northern part of the land is characterized by diversified glacial landforms such as Pipet Marshland, Valdai hills of western Russia, glacial lakes, etc.

Central Uplands Or PlateauThese are the collection of distinctive landscapes of summits, steep slopes, valleys and depression which stretches across central Europe.

It extends from Belgium in the East to France in the West and from the Czech Republic and south Germany in south to Switzerland and Austria in the North.

They extend for almost 700 miles in a crescent shape from the coastline of southern France (near Monaco) into Switzerland, then through northern Italy and into Austria, and down through Slovenia, Croatia, Bosnia and Herzegovina, Serbia and Montenegro – then ending in Albania on the rugged coastline of the Adriatic Sea.