Chhattisgarh witnessed one in all the deadliest Naxal attacks in recent times along the border between Bijapur and Sukma districts.22 jawans were killed and 31 were injured in a very deadly four-hour red-terror encounter.One jawan was taken as hostage and later released by naxals.There was high level meeting held to appear for security situations within the state and plan way ahead.In this episode, we will discuss issues and challenges related to naxalism issue, policy initiatives taken by government and way forward to tackle the issue from UPSC perspective.

Details of the Incident: 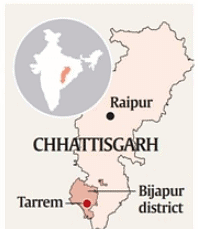 It is a special guerrilla warfare operation unit of the Central Reserve Police Force (CRPF) of India proficient in guerrilla tactics and jungle warfare.

Currently numbering ten battalions, CoBRA is ranked among one of India's most experienced and successful law enforcement units. 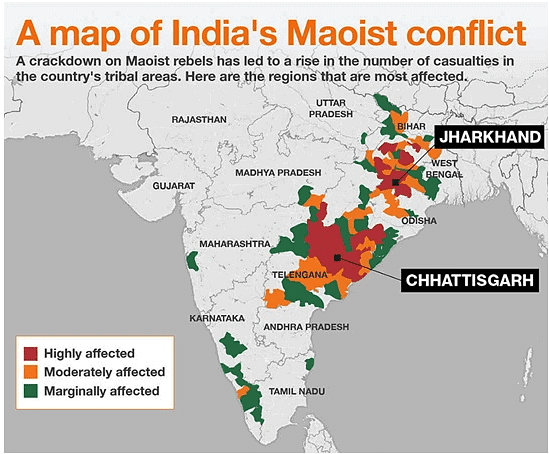 Challenges in fight against Naxalism:

History of Naxal Movement in India:

Reasons for failure of government initiatives:

What is ‘Urban Naxalism’?

The presence of, and activities meted out by, Naxalites, or the CPI (Maoist), in urban area units –– cities and cities –– are along termed as Urban Naxalism.

The activities of the Maoists in urban areas embrace maintaining safe homes for leaders and cadres whereas in transit, place for recovery and for holding conferences.

They additionally give supplying support to under-ground squads; mobilise and recruit youth, students and employees from industry and alternative bodies

Through a holistic approach that specialize in development and security connected interventions, the LWE issue will be with success tackled. Civil society and also the media ought to build pressure on the Maoists to avoid violence and recognise the socio-economic and political dynamics and aspirations of twenty first Century India.