Sagarmala VisionSagarmala project aims to develop access to new development regions with intermodal solutions and promotion of the optimum modal split, enhanced connectivity with main economic centers and beyond through expansion of rail, inland water, coastal, and road services.Some of the visions of the project is mentioned below. 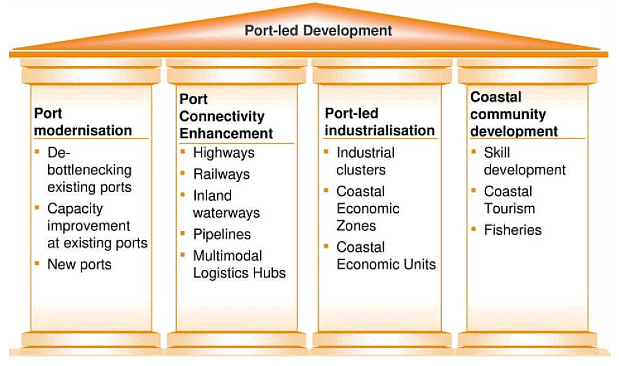 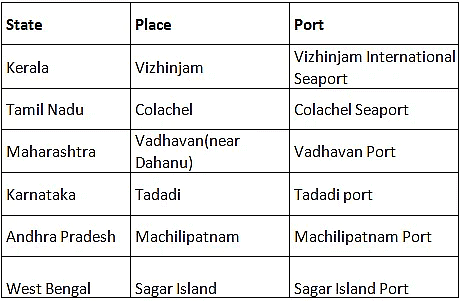 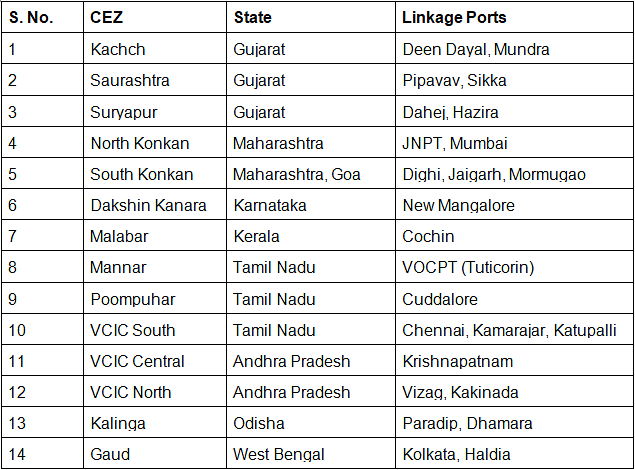 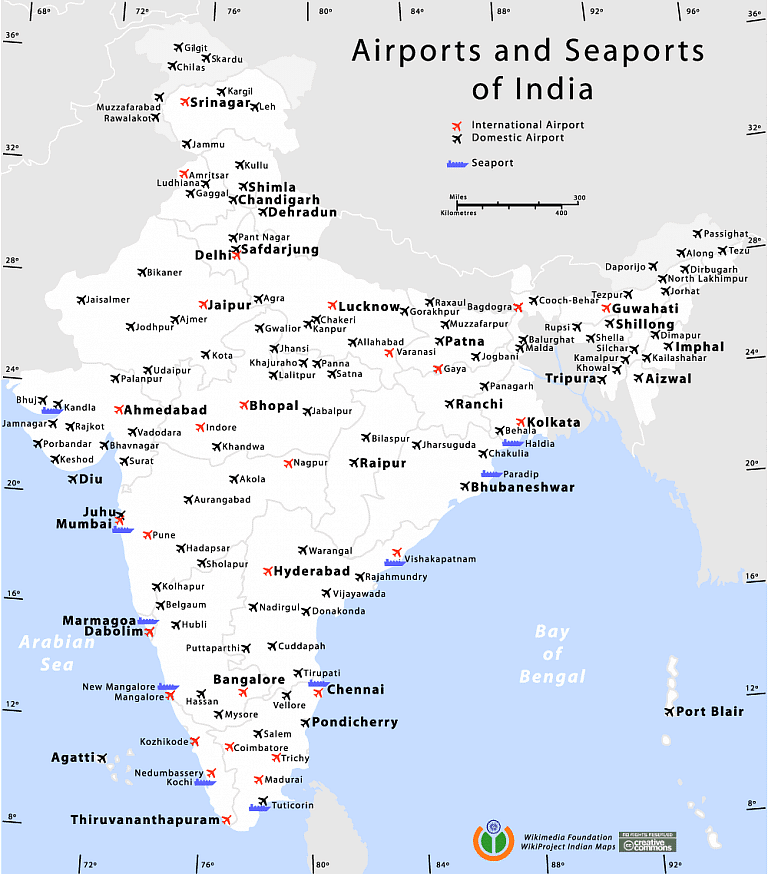 Factors for development of air transport in India

Growth and development of aviation sector in India 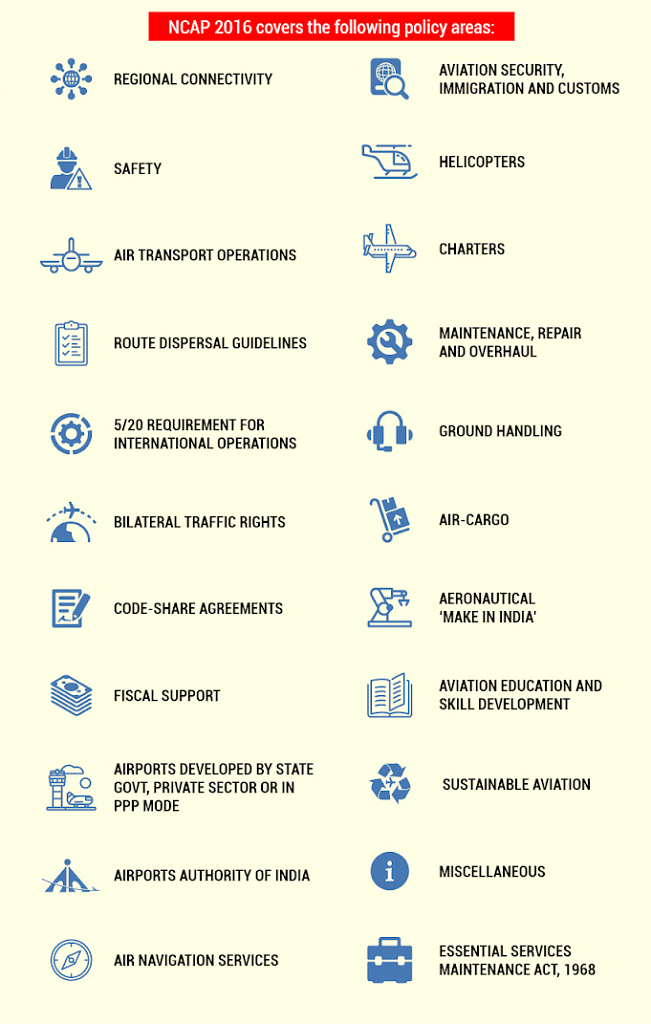 3. SafetyThe focus will be on pre-empting and preventing accidents/ incidents. Safety violations will be treated with zero-tolerance.

Steps to be taken:

6. Air Navigation Services (ANS)Upgradation and modernisation of ANS in India are in line with global trends. With the launch of GAGAN, India has become the fourth country in the world to use satellite-based navigation system.

8. Maintenance, Repair and Overhaul (MRO)The MRO business of Indian carriers is around Rs 5000 crore, 90% of which is currently spent outside India – in Sri Lanka, Singapore, Malaysia, UAE etc. Given our technology and skill base, the government is keen to develop India as an MRO hub in Asia, attracting business from foreign airlines.The Civil Aviation Policy 2016 aims to give this sector a much-needed fillip. Initiatives to be taken range from

9. Ground handlingExisting Ground Handling Policy Regulations will be replaced by a new framework which aims at directing

10. Air CargoThe promotion of both domestic and international Air cargo and express delivery services is a key objective of the government, given its importance from a ‘Make in India’, e-Commerce and exports perspective. Domestic Air cargo has a high employment potential, especially for semi-skilled workers.The below framework is to be taken to ensure the growth of the air cargo business:

Advantages and disadvantages of Pipelines

Role of pipeline in regional development 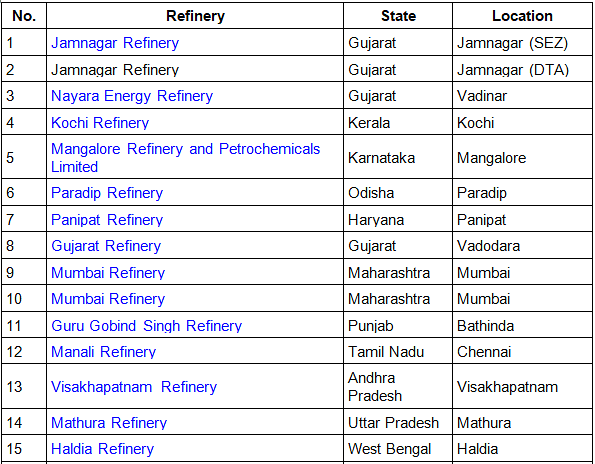