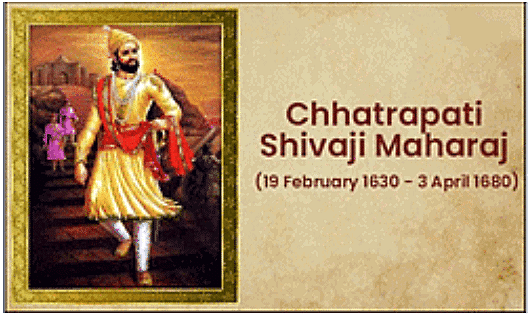 Why in News?Chhatrapati Shivaji Maharaj Jayanti is celebrated each year on 19th February to remember and praise his courage, warfare tactics and administrative skills.

What are the Key Points Related to Chhatrapati Shivaji Maharaj ?1. BirthHe was born on 19th February, 1630 at Shivneri Fort in District Pune in the present-day state of Maharashtra. He was born to Shahaji Bhonsle, a Maratha general who held the jagirs of Pune and Supe under the Bijapur Sultanate and Jijabai, a pious woman whose religious qualities had a profound influence on him.

2. Early LifeHe displayed his military zeal for the first time in 1645 when as a teenager, he successfully got control of the Torna Fort which was under Bijapur. He also acquired the Kondana Fort. Both these forts were under Adil Shah of Bijapur.

4. Granted TitleHe took on the titles of Chhatrapati, Shakakarta, Kshatriya Kulavantas and Haindava Dharma Dharak. The Maratha Kingdom founded by Shivaji grew larger over time and became the dominant Indian power in the early 18th century.

2. Revenue AdministrationShivaji abolished the Jagirdari System and replaced it with Ryotwari System, and changes in the position of hereditary revenue officials which was popularly known as Deshmukhs, Deshpande, Patils and Kulkarnis.  Shivaji strictly supervised the Mirasdars who had hereditary rights in land.

The revenue system was patterned on the Kathi system of Malik Amber in which every piece of land was measured by Rod or Kathi. Chauth and Sardeshmukhi were other sources of income.

Military AdministrationShivaji organized a disciplined and efficient army. The ordinary soldiers were paid in cash, but the chief and military commander were paid through jagir grants (Saranjam or Mokasa). The army consists of Infantry i.e. Mavali foot soldiers, Cavalry i.e. Horse riders and equipment holders, Navy. 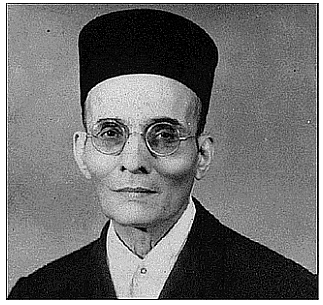 Why in News?Recently, the Prime Minister has paid tributes to freedom fighter Veer Savarkar on his Punya tithi (26th February).

Who was Veer Savarkar?1. Birth

Who was Maharishi Dayanand Saraswati?1. Birth

2. Contribution to the SocietyHe was an Indian philosopher, social leader and founder of the Arya Samaj.

3. Contribution to the Education SystemHe introduced a complete overhaul of the education system and is often considered as one of the visionaries of modern India. The DAV (Dayanand Anglo Vedic) schools came into existence in 1886 to realize the vision of Swami Dayanand Saraswati. The first DAV School was established at Lahore with Mahatma Hansarj as the headmaster.

What is Arya Samaj?

Recently, the Prime Minister of India extended his wishes to the people of Arunachal Pradesh on its 36th Statehood Day. 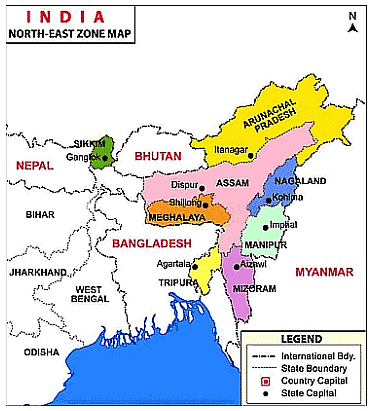 What do we Know about Arunachal Pradesh?

Statehood Day of MizoramWhy in News?

Recently, the Prime Minister of India extended his wishes to the people of Mizoram on its 36th Statehood Day (20th February). 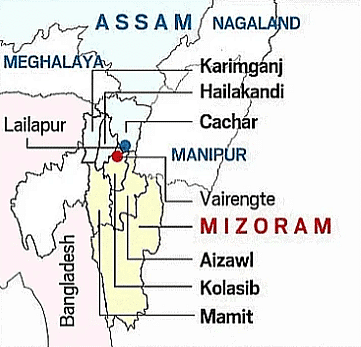 What do we know about Mizoram?

Goa’s Liberation StruggleWhy in NewsRecently, the liberation of Goa became a controversial topic during the political campaign in the election of Goa. 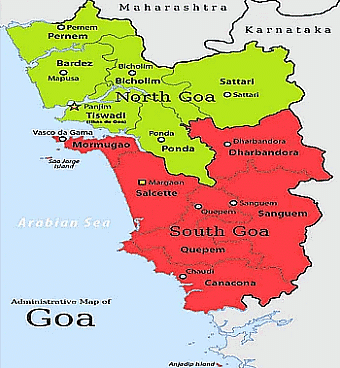 What is the Timeline of Integration of Goa into the Indian Union?

What is the History of Goa’s Freedom Movement?

Portugal being member of NATO

What are the Salient Features of Goa’s Geography?1. About

2. Capital: Panji.3. Official Language: Konkani which is one of the 22 languages from the Eight Schedule.4. Borders: It is surrounded by Maharashtra to the north and Karnataka to the east and south, with the Arabian Sea forming its western coast.5. Geography: The highest point of Goa is Sonsogor.  Goa’s seven major rivers are the Zuari, Mandovi, Terekhol, Chapora, Galgibag, Kumbarjua canal, Talpona and the Sal.  Most of Goa’s soil cover is made up of laterites.6. Wildlife Sanctuaries and National Parks:(i) Dr. Salim Ali Bird Sanctuary(ii) Mhadei Wildlife Sanctuary(iii) Netravali Wildlife Sanctuary(iv) Cotigao Wildlife Sanctuary(v) Bhagwan Mahaveer Sanctuary(vi) Mollem National Park