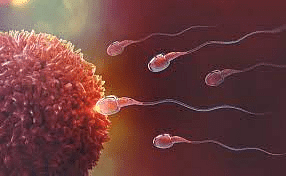 We can understand the process of fertilization in the following steps.

1. Movement of sperms towards the secondary oocyte.

2. Penetration of corona radiata by the hyaluronidase enzyme.

3. Adherence of sperm to the ZP3 receptors/region on zona pellucida, the glycoprotein layer surrounding the oocyte.

4. Sperm binds to a sperm receptor on the zona and this leads to the initiation of the acrosomal reaction. Various enzymes are released. eg. Acrosin (Zona lysin).

5. Acrosin facilitates the penetration of sperm through zona pellucida.

6. Fusion of sperm and membrane of secondary oocyte. (Syngamy)

7. Phagocytosis of sperm by the secondary oocyte.

8. Completion of meiosis-II of the secondary oocyte during phagocytosis to form ovum and simultaneously it releases 2nd polar body.

10. In the event of fertilization complete sperm enters inside the ovum. (By phagocytosis) 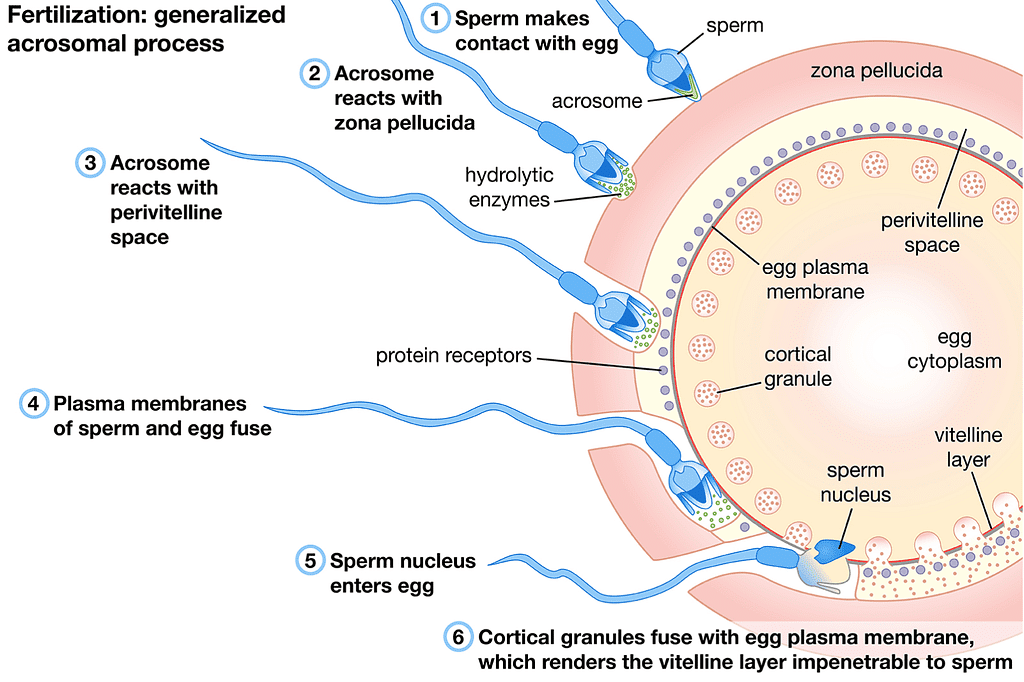 The fate of sperm in the egg:

The fate of sperm nucleus:

1. Secondary oocyte completes its second maturation division on coming in contact with the sperm.

2. Amphimixis process leads to the formation of a diploid zygote to restore the normal diploid number of the chromosomes.

3. The centriole of sperm after entering into the egg induces the egg to undergo cleavage.

4. The paternal and maternal characters are transmitted to the offspring through the process of fertilization.

5. The peripheral changes occurring in the egg prevent the further entry of sperm into the ovum, thus checking polyspermy.