The document Human Geography: Population UPSC Notes | EduRev is a part of the UPSC Course Geography for UPSC CSE.
All you need of UPSC at this link: UPSC

Population growth or population change refers to the change in the number of inhabitants of territory during a specific period of time. 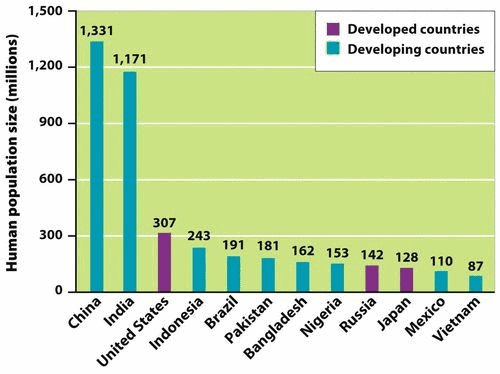 This is the change of population expressed in percentage.

Natural population increase happens as people are born into a country, and decrease as people die.

This happens when the birth rate is more than the death rate between two points of time or when people from other countries migrate permanently to a region. 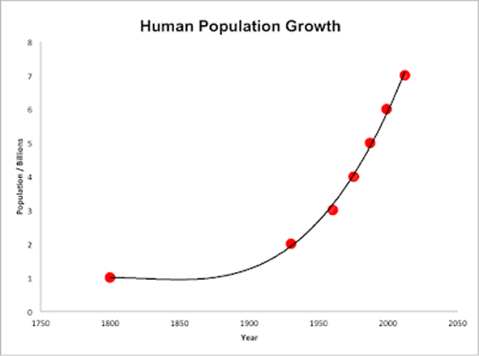 If the population decreases between two points of time it is known as negative growth of population. 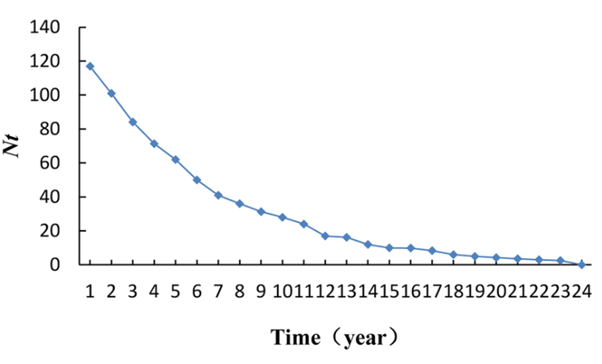 The term population distribution refers to the way people are spaced over the earth’s surface.

It is the ratio between the numbers of people to the size of land.

Factors influencing the Distribution of Population

Migration may be permanent, temporary, or seasonal:

There are two sets of factors that influence migration: 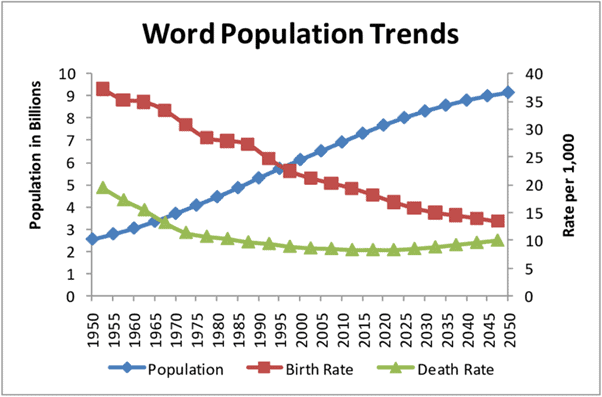 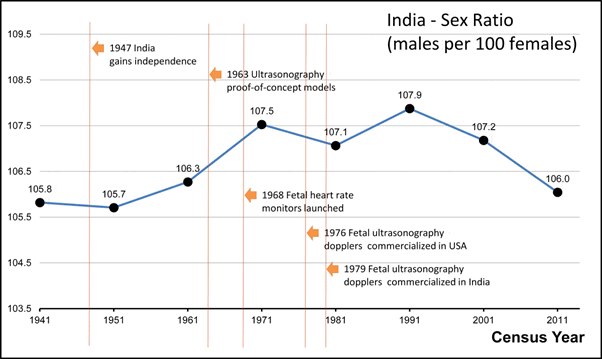 A population pyramid or "age-sex pyramid" is a graphical illustration of the distribution of a population by age groups and sex. 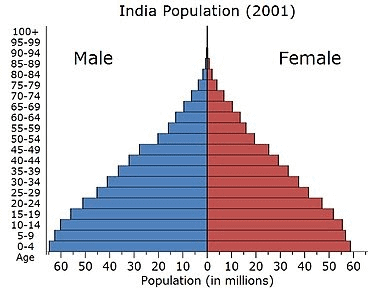 The age-sex pyramid of Nigeria is a triangular-shaped pyramid with a wide base and is typical of less developed countries. 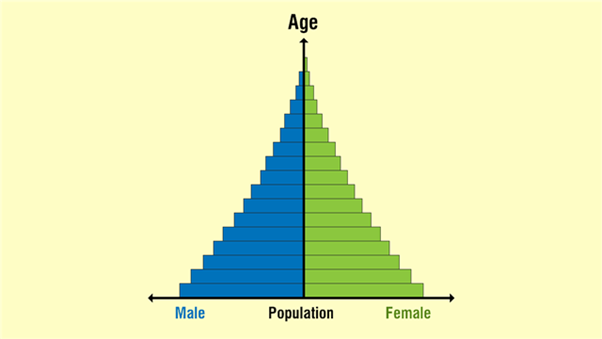 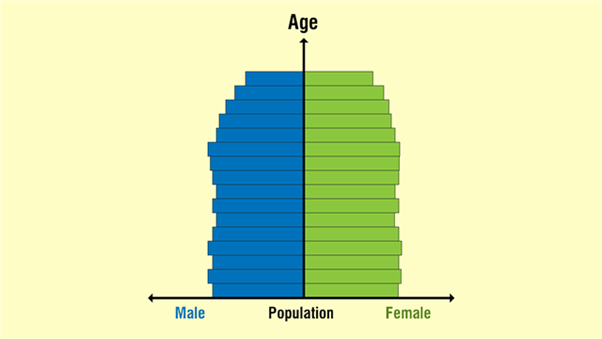 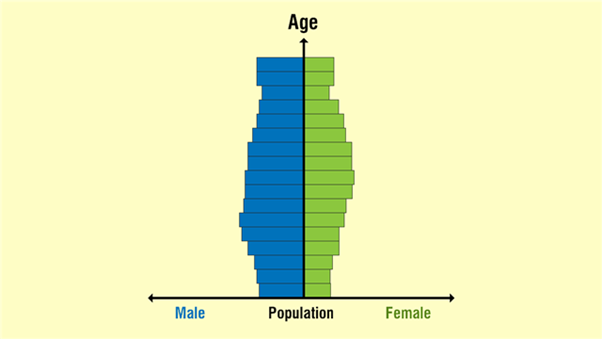 Population ageing is the process by which the share of the older population becomes proportionally larger.

The rural and urban differences in sex ratio in Canada and West European countries like Finland are just the opposite of those in African and Asian countries like Zimbabwe and Nepal respectively.

The India Census 2011 Data and Observations are summed up in the following points: 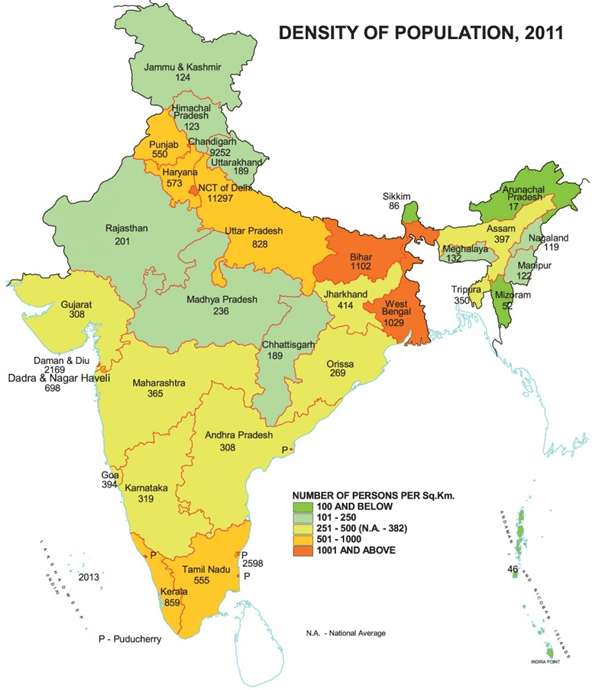 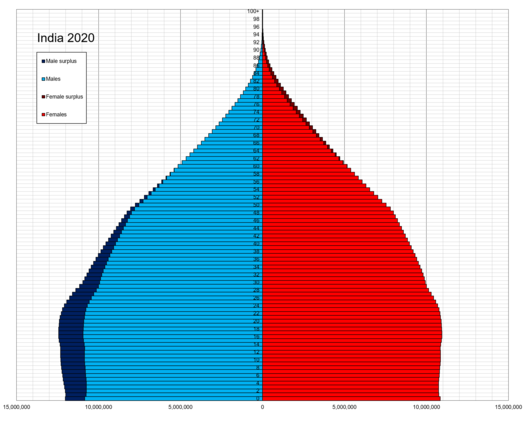 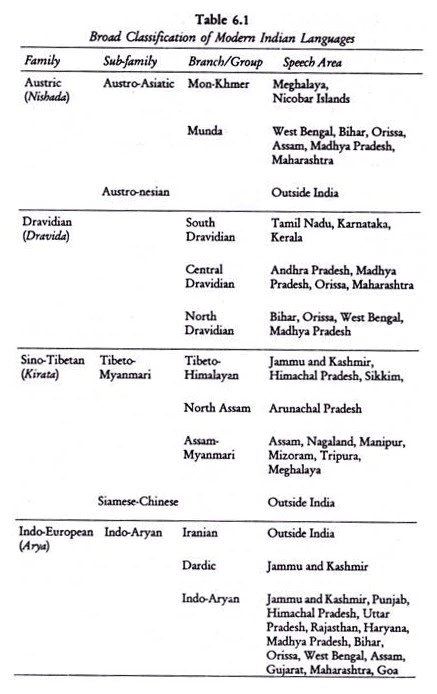 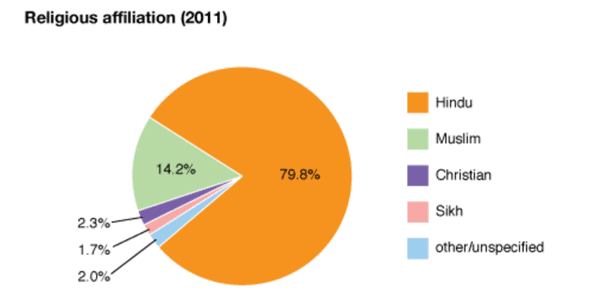