The document Human Health, Diseases & Immunity Notes | Study Biology Class 12 - NEET is a part of the NEET Course Biology Class 12.
All you need of NEET at this link: NEET

According to the World Health Organization (WHO), health is not only the absence of disease or illness. It is a state of an active and energetic condition of human beings including their physical, mental, and social well-being.

When people are healthy, they are more efficient at work. This increases productivity and brings economic prosperity. Health also increases the longevity of people and reduces infant and maternal mortality.There are many factors that affect health, such as:

To maintain good health, an individual should include a healthy and balanced diet, maintain personal hygiene along with regular exercise and other physical activities. Everyone should be aware of the different types of diseases and their effects.

Try yourself:Which of the following does not affect health?
Explanation
View Solution

A disease is an abnormal condition affecting a healthy living organism. It is broadly divided into infectious and non-infectious.

1. Infectious Diseases: These diseases are caused by the pathogens, such as bacteria, viruses, fungi, parasites and can be easily transmitted from one person to another, hence it is also known as a contagious or communicable disease. Common Cold, Tuberculosis, flu, ringworm, malaria are some examples of infectious diseases.

2. Non-infectious Diseases: Diseases that cannot be transmitted from one person to another are called non-infectious disease, it is also known as a non-communicable disease. These diseases can be either caused by genetic disorders, unhealthy diets, lack of physical activity, excessive use of tobacco, drugs, or alcohol, and few environmental factors.

The human body suffers from many diseases, it can be due to genetic defects, infections or an unhealthy lifestyle.Diseases can be classified into two types: 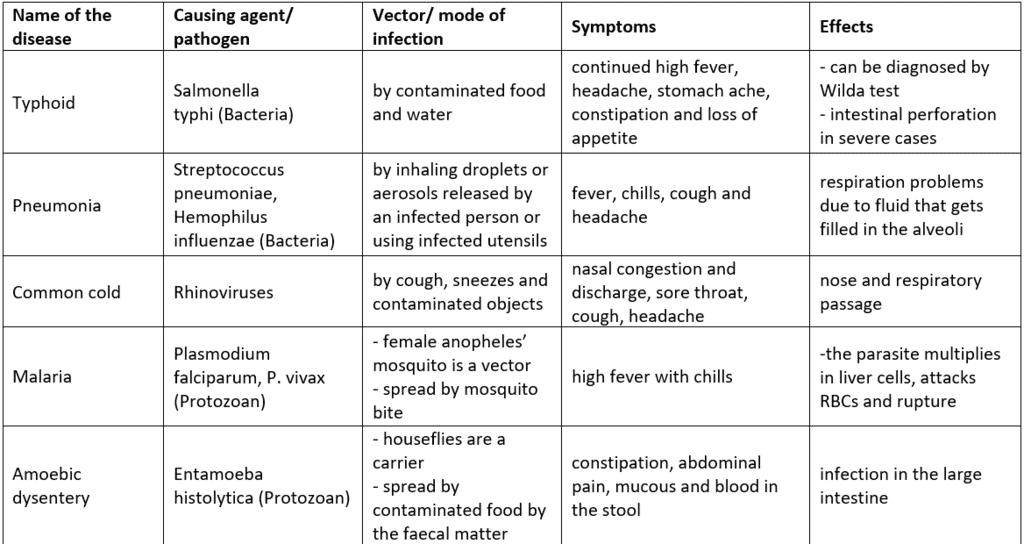 The Lifecycle of Plasmodium (Malarial Parasite) 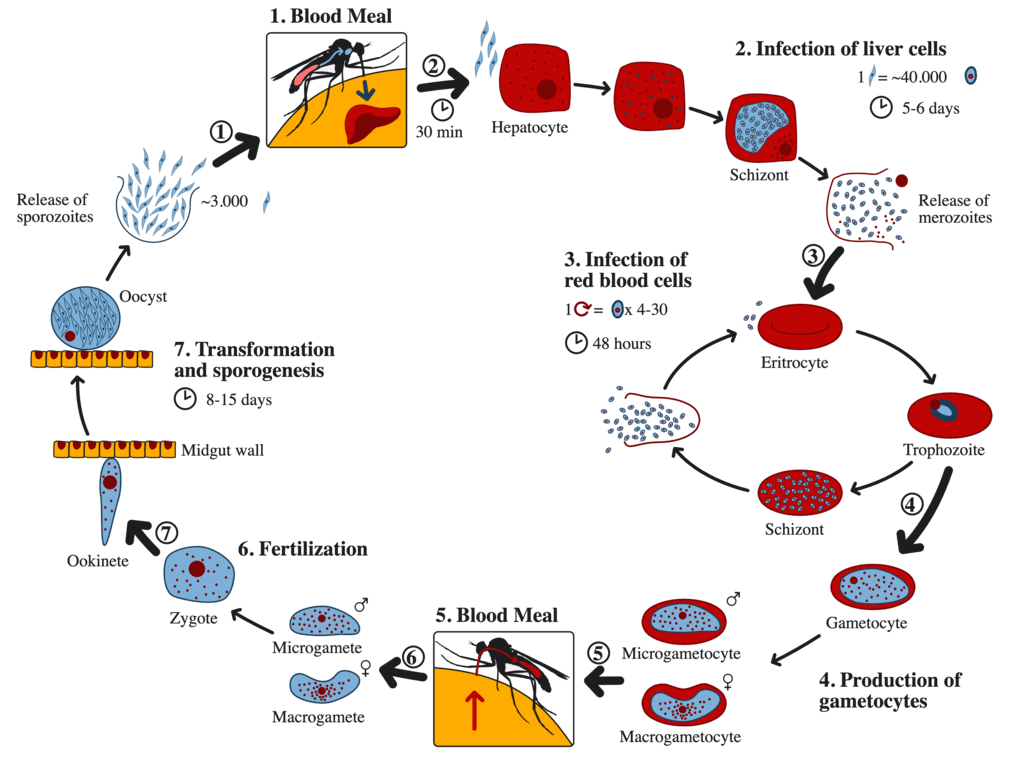 Immunity is the ability of the body to defend itself against disease-causing organisms. The four types of barriers are: What if we could immunize everyone without the need for them ever getting sick?

There are two types of passive immunity:

Try yourself:Which of the following is introduced during smallpox vaccination?
Explanation
View Solution

Immune System in the Body