The document Indus Valley Civilization CLAT Notes | EduRev is a part of the CLAT Course Static GK for Exam Preparation.
All you need of CLAT at this link: CLAT

Geographical Exent: Covered parts of Punjab, Sindh, Baluchistan, Gujarat, Rajasthan and some parts of western UP.Major sites in Pakistan are Harappa (on Ravi in Western Punjab), Mohenjodaro (on Indus), Chanhudaro (Sindh), etc.In India, major sites are Lothal, Rangpur and Surkotda (Gujarat), Kalibangam (Rajasthan), Banwali (Hissar), and Alamgirpur (Western UP).Largest and the latest site in India is Dholavira in Gujarat. Dr. J.P. Joshi and Dr. R.S. Bisht were involved in it. 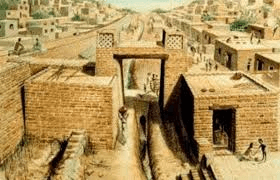