Introduction to Parts of a Flower 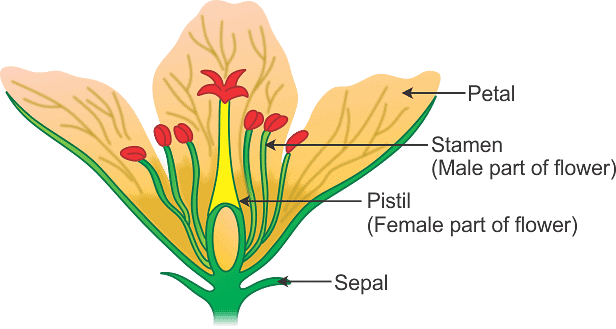 Diagrammatic Representation of Longitudinal Section (LS) of a Flower

Flower comprises of the following parts: 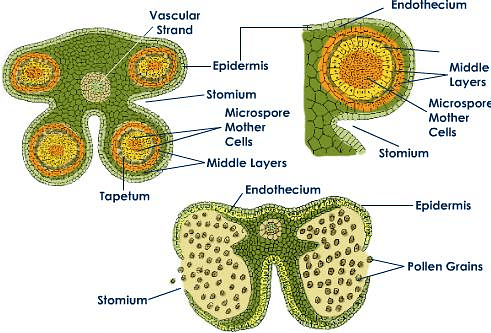 Types of Structure in Anther 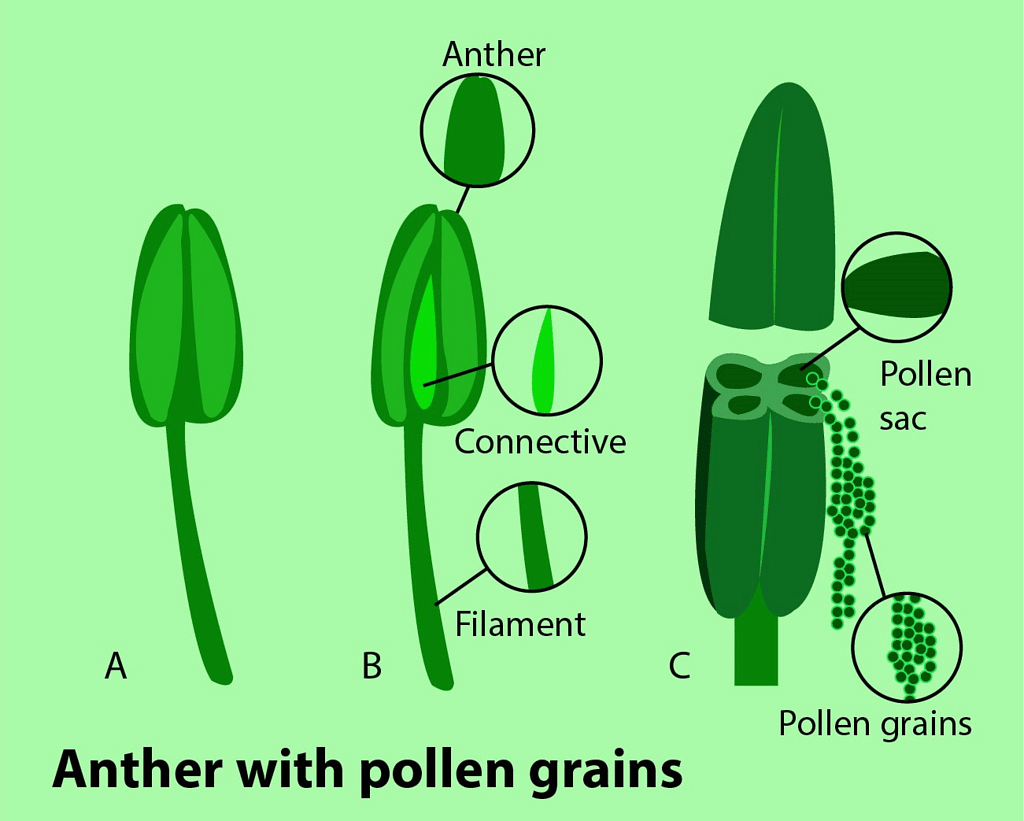 It is the outermost layer of the anther. It is a single-celled thick and continuous layer but not archesporial in origin. It forms the outermost protective layer

In Arceuthobium (Smallest Parasitic Angiosperm) fibrous thickening present in the epidermis so it is called exothecium.

This layer is present below the epidermis. It is a single-celled thick layer. During the maturation of anther, various changes take place in different walls of cells of endothecium. The outer wall of these cells remains thin-walled, but inner walls and radial walls become thick due to the thickening of cellulose fibres.Callose bands are also present along the radial walls. At some places callose bands and fibrous thickening are absent. These places are called stomium. The dehiscence of anther takes place only from these places. Endothecium becomes hygroscopic in nature due to the presence of fibrous thickening. So it helps in dehiscence of the anther.

Note: In the Hydrocharitaceae family, fibrous thickening is absent in endothecium.

It is the innermost layer that acts as a nutritive layer. Pollen sacs are surrounded by tapetum. This is also a single-celled thick layer. The cells of the tapetum initially diploid but they become polyploid and multinucleate due to endomitosis, free nuclear division and polyteny. It means these cells contain many chromosomes. Tapetum absorbs food from the middle layer and provides nutrition to the microspore mother cells or microspores. The cells of the tapetum secrete hormones and enzymes. The tapetum layer disappears in the mature anther. 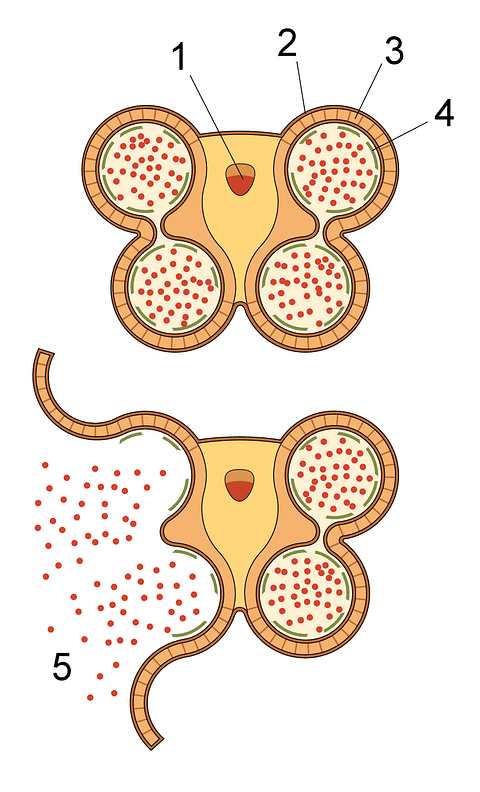 (b) Glandular Or Secretory Tapetum 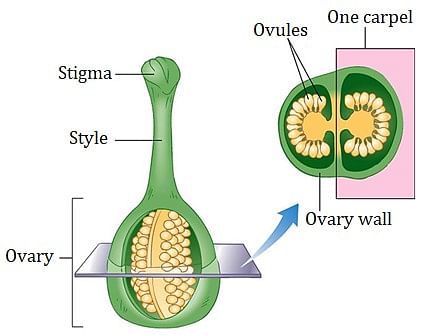 Structure of Carpel or Pistil

Difference between male and female gametophyte 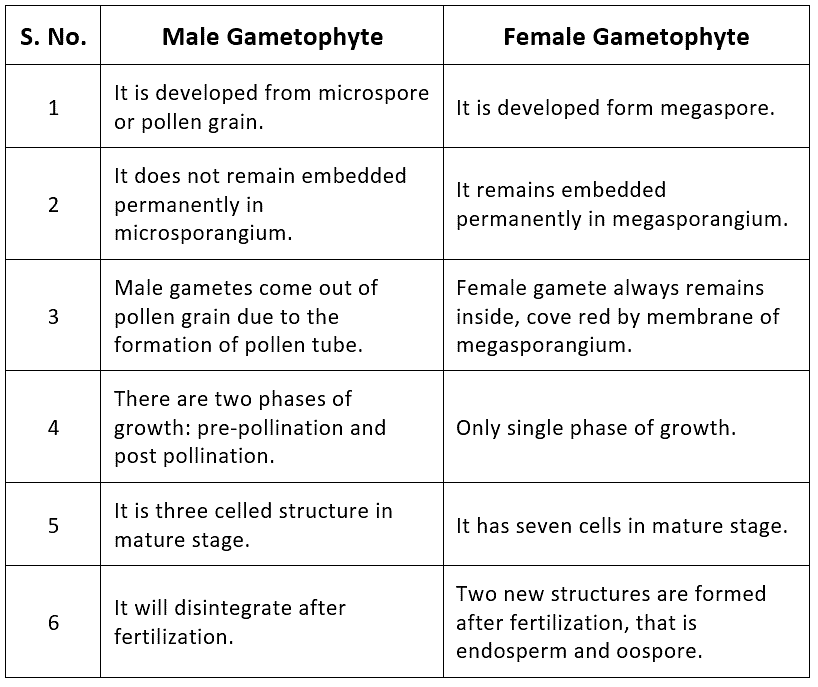 Flower as a Modified Shoot 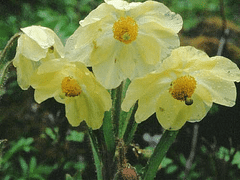 The document Angiosperms & Pre-Fertilisation: Structure & Events Notes | Study Biology Class 12 - NEET is a part of the NEET Course Biology Class 12.
All you need of NEET at this link: NEET
Join Course