The Constitution of India is the supreme law of India. It frames fundamental political principles, procedures, practices, rights, powers, and duties of the government. It imparts constitutional supremacy and not parliamentary supremacy, as it is not created by the Parliament but, by a constituent assembly, and adopted by its people, with a declaration in its preamble. 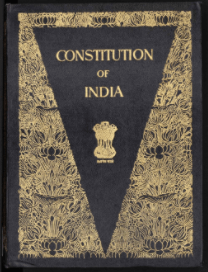 Birth of the Indian Constitution

Try yourself:The idea of a Constituent Assembly was put forward for the first time by:
Explanation

The idea of a Constitution Assembly for India was put forward for the first time by M.N. Roy, a pioneer of the communist movement in the year 1934.

Important Committees of the Constituent Assembly 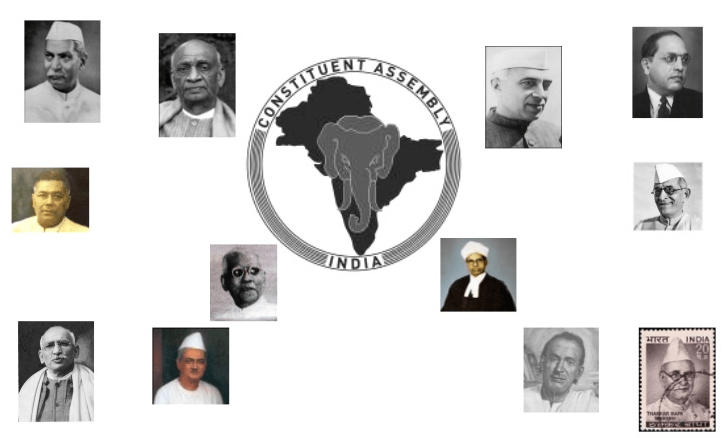 The Framing of the Constitution 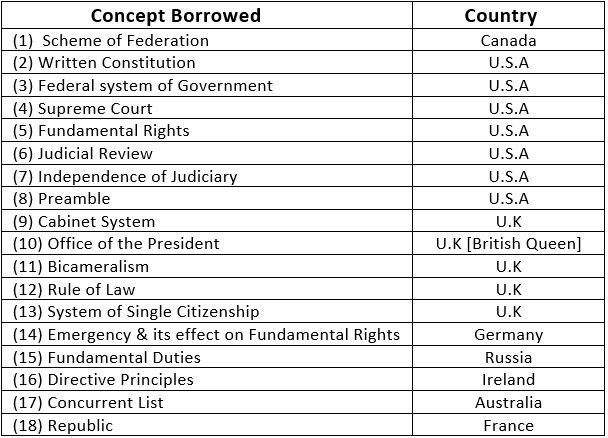 PreambleIt is an introduction, especially of an Act of Parliament giving its objectives. It lays down the purposes for which a particular Act has been passed. 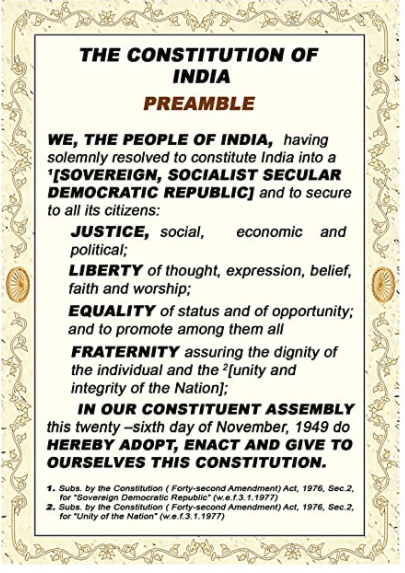 “WE, THE PEOPLE OF INDIA, have solemnly resolved to constitute India into a SOVEREIGN DEMOCRATIC REPUBLIC and to secure to all its citizens.

JUSTICE, Social economic and political;LIBERTY of thought, expression, belief, faith and worship;FRATERNITY assuring the dignity of the individual and the unity and integrity of the Nation;

In our Constituent Assembly this twenty-sixth day of November 1949, do Hereby ADOPT, ENACT AND GIVE TO OURSELVES THIS CONSTITUTION”.Under the 42nd Amendment, two new words ‘SOCIALIST & SECULAR’ have been inserted in the Preamble.

Try yourself:Indian Constitution ensures ‘Justice’ in which of the following form:
Explanation

Justice stands for rule of law, absence of arbitrariness and a system of equal rights, freedom and opportunities for all in a society. India seeks social, economic and political justice to ensure equality to its citizens.

View Solution
Significance of the Preamble to the Constitution of India:

Essential Characteristics of a Federal Constitution

The Framers of Indian Constitution consciously chose a unique type of governance combining some of the features of typical federal state and incorporating certain non-federal features as well to suit the Indian system.

The Indian Constitution – is it truly federal?

Try yourself:Which of the following is not a feature of Indian parliamentary system?
Explanation

Division of Powers: The Constitution has divided the powers between the Centre and the States in terms of the Union List, State List and Concurrent List. The Union List consists of 100 subjects, the State list 66 subjects and the Concurrent List has 52 subjects.
Both the centre and state can make laws on the subjects of the concurrent list, but in case of a conflict, the central law prevails. The residuary subjects (these not mentioned in any of the three lists) are given to the centre.