Electrochemistry is the subdiscipline of chemistry that deals with the study of the relationship between electrical energy and chemical changes. 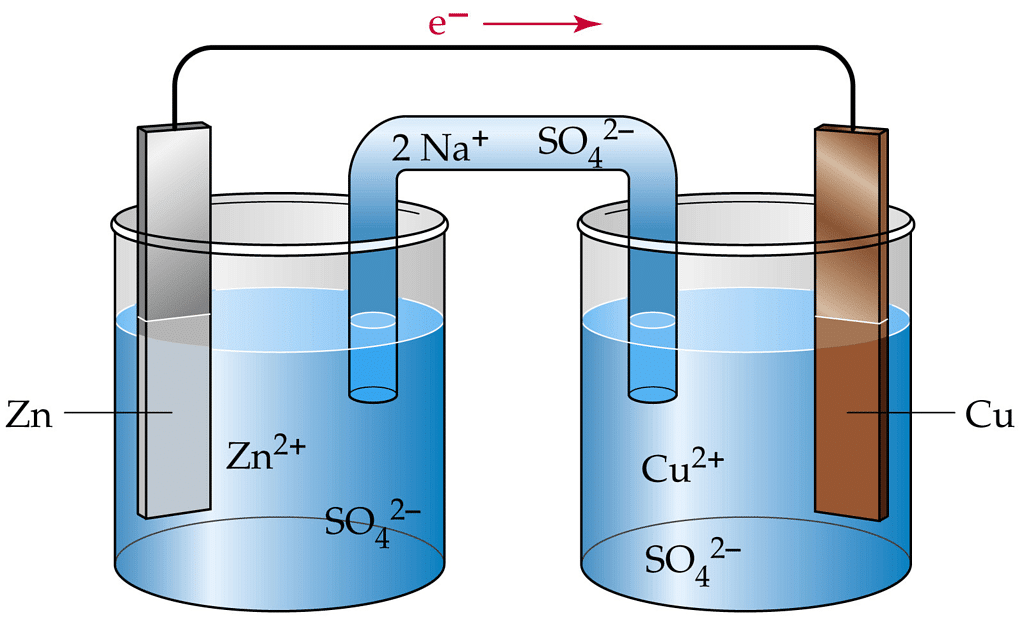 Solid and liquid substances, which are able to conduct the electric current, can be roughly divided into two categories i.e. metallic conductors and electrolytic conductors.

The Distinction between Metallic and Electrolytic conduction.

In electrochemistry, spontaneous reaction (redox reaction) results in the conversion of chemical energy into electrical energy. The reverse process is also possible where a non-spontaneous chemical reaction occurs by supplying electricity. These interconversions are carried out in equipment called electrochemical cell.

Electrochemical Cells can be classified as:

(i) Electrolytic Cells: in which a non-spontaneous reaction is driven by an external source of current.(ii) Galvanic Cells: which produce electricity as a result of a spontaneous cell reaction

On supplying current the ions move towards electrodes of opposite polarity and simultaneous reduction and oxidation take place.

● Sodium-ion migrates to the cathode, where sodium ion gains one electron and reduces to sodium metal.

● Chloride ions migrate towards the anode where it loses one electron and gets oxidized to chlorine gas. 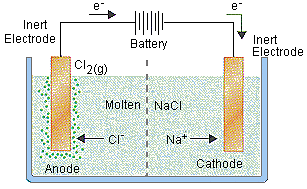 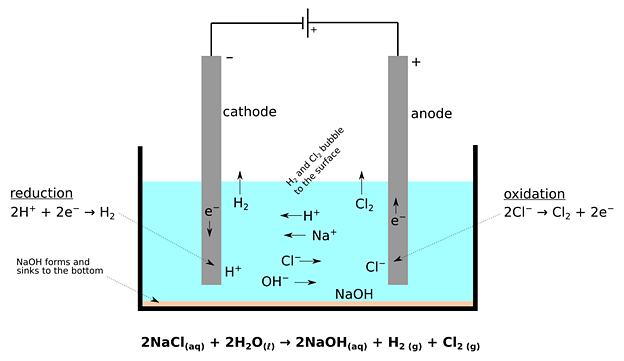 Electrolysis is a process of chemical decomposition of the electrolyte by the passage of electric current.

Faraday established the relationship between the quantity of electricity passed through an electrolyte and the amount of material liberated or deposited at the electrode.

(i) First Law of Electrolysis

The amount of different substances deposited or dissolved by the same quantity of electricity are proportional to their respective chemical equivalent weights.

or 1 coulomb* = 6.25 × 1018 electronsThe rate of flow of electric charge through a conductor is called the electric current.1 coulomb = 1 ampere-secondElectric current =

Volt is a unit of electrical potential difference, it is defined as potential energy per unit charge.1 volt =

One faraday is the charge required to liberate or deposit one gm equivalent of a substance at the corresponding electrode.Faraday’s Law for Gaseous Electrolytic Product We know W = ZQ = Z I tW =

Equation (i) is used to calculate the mass of a solid substance dissolved or deposited at an electrode.For the gases, we use