What is Relative Velocity?

The velocity of an object only really has meaning when it is expressed relative to a set of axes or 'frame of reference'.

We usually consider the motion of objects moving relative to the Earth, but since the Earth is orbiting the Sun and the Sun is moving through the Galaxy this is a purely arbitrary concept. When dealing with more than one body in motion the problem is complex - consider the difficulties in sending the space probe Giotto to rendezvous with Halley's comet many millions of miles away!

We should always specify the frame of reference relative to which an object is moving.

The velocity of one body relative to another is called its relative velocity.

Think about the case where both bodies are moving relative to a third. A simple example would be where the motions of both bodies are in the same straight line - for instance, two cars travelling along a motorway. If both cars are travelling in the same direction, one at 25 ms-1 and the other at 35 ms-1 then their relative velocity is 10 ms-1 (by vector addition).

If they are moving in opposite directions, however, the relative velocity of one car with respect to the other is therefore 60ms-1 (See Figure 1). 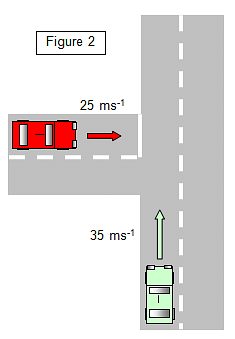 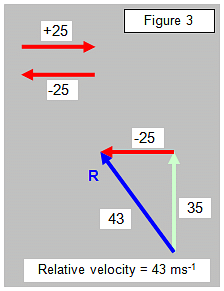 In fact we will not consider cars at all but the two aeroplanes shown in Figure 4 (a).To find the velocity of plane A relative to plane B we must 'make plane B stationary'. We do this by adding the negative of plane B's velocity to both planes. If we were on plane B it would be like making that plane stop and we would then see plane A moving relative to us. This is done in Figure 4(b). 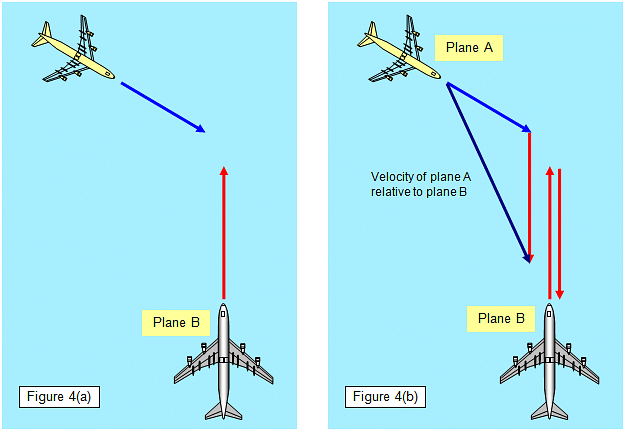 The document Relative Velocity Notes | Study Physics For JEE - JEE is a part of the JEE Course Physics For JEE.
All you need of JEE at this link: JEE
Join Course